The ES sits under the existing Eclipse Cross LS, Exceed and Exceed AWD models and comes in at a price obviously designed to attract the eye – $29,990. But don’t forget you will also need to pay dealer and statutory charges.

Mitsubishi has long been a major player in the SUV / 4WD markets in Australia and when the Eclipse Cross was launched earlier this year it joined the ASX, Outlander, Pajero Sport and Pajero in the marque’s extensive range. 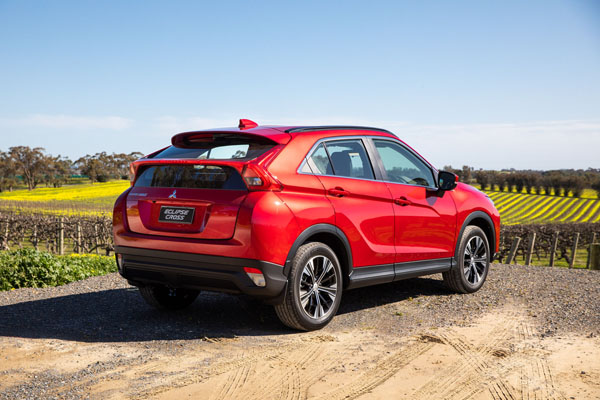 As with the others in Eclipse Cross range, the ES is powered by a 1.5-litre turbo-petrol engine developing 110kW of power and 250Nm of torque. Transmission is through an advanced CVT automatic with Sport mode and manual shift paddles.

There is no AWD option, which is hardly a downside as the great majority of small and midsize SUVs these days are bing bought as family cars. Indeed, the only Eclipse Cross offered with AWD is the topline Exceed at $38,500.