Back before SUVs became the flavour of the year and cars were king of the sales charts, Mitsubishi launched its Challenger in 1996. It was a seriously tough vehicle, virtually a Triton pickup with a wagon body it was very good off-road, though often on the harsh side in daily road driving. It became smoother as gradual changes were made.

However, the virtually all-new Challenger of 2009 being reviewed here, while still based on the pickup, is more sophisticated and tuned to suit family SUV buyers.

Testing and tuning of the Challenger was done by Mitsubishi in Australia to suit our local driving conditions as well as Australian drivers’ tastes.

Challenger is often chosen by those who have got the budget for a Mitsubishi Pajero of the same age. It’s perhaps not quite as swish as its bigger brother, but isn’t as far behind from the new 2009 model as in previous generations. 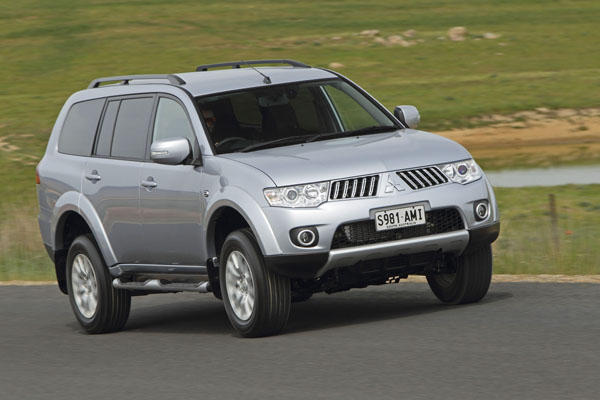 The 2009 Challenger is a five-seater with the option of seven seats. There’s good head and legroom in the front and middle row seats but, as is pretty well the norm, the rearmost seats are better suited to junior travellers.

Luggage space is excellent in the five-seater, with plenty of length and width. Naturally, the seven-seat models lose some cargo space in the rear, but are still reasonable. There is plenty of in-cabin storage space. Cargo and luggage are quite easy to load despite the load area being high off the ground.

The new generation Mitsubishi ‘Challenger’ introduced in November 2015 was given a different name – Mitsubishi Pajero Sport, a title had been used in other countries for many years. We won’t review it in this Challenger story, other than to say it has plenty of style thanks to Mitsubishi’s Dynamic Shield grille, is comfortable to ride in, yet still retains good off-road capabilities.

Engines are mainly four-cylinder turbo-diesels, with a capacity of 2.5, or later 2.4 litres. There are four-cylinder 2.0-litre petrols but are generally in there as entry level models to entice new car buyers to the showroom and don’t have as much performance as we like. Try for yourself, though as we tend to be revheads.

Challenger doesn’t use the Super Select 4WD system as fitted to the Mitsubishi Pajero, rather it has an old-style setup which normally drives the rear wheels only. The two-speed transfer case can be shifted on-the-fly between 2H and 4H at speeds of up to 100 km/h and the front hubs are automatic.

Mitsubishi is long established in Australia, so even when you’re deep into the Aussie outback there’s a good chance you can find parts and a mechanic who knows Challengers.

Spare parts availability is good and we have heard of no complaints about pricing.

Insurance is generally at the lower end of as it’s the sort of vehicle that normally sells to conservative people.

WHAT TO LOOK FOR
Look over the cabin and the luggage area for damage and/or bad staining, another sign that it may have been used on off-road running.

Look under the Challenger’s body for signs of damage caused by too-hard driving in harsh areas.

Check for salt as beach use can cause corrosion if Dad has decided to drive it through surf to please the kids.

Make sure the engine starts easily and idles smoothly as soon as it settles into its rhythm.

It’s not the quietest diesel around, but if it seems too bad have a professional check it out.

Check the engine doesn’t blow any exhaust smoke when accelerated hard, especially after it’s been idling for a while. It if does it could be due for an expensive overhaul.

CAR BUYING TIP
Don’t even think of handing over your hard earned until you’ve had a full professional inspection, preferably from an expert on the vehicle you’re considering.