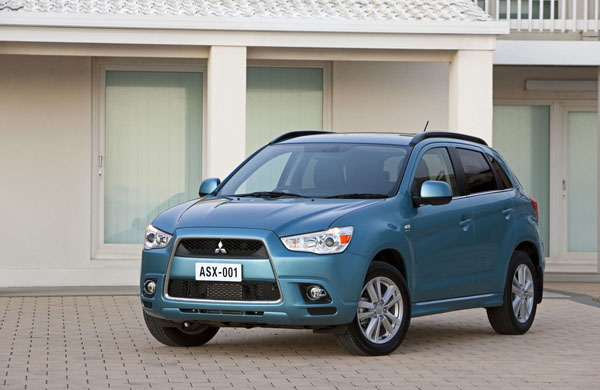 Mitsubishi ASX has just entered its 10th year on the Australian market, that’s an eternity by the today’s standards of new vehicle releases.

But with some upgrades and attractively low prices it continues to be a big seller on the new car market. Meaning there are plenty on the used car scene – take advantage of this by shopping around the many on offer.

The Japanese Mitsubishi Corporation has been a major player in the heavy duty Australian 4WD and SUV field for many decades. However, the subject of this weeks used-car review, the Mitsubishi ASX (Active Sports Crossover) is aimed more at on-road use than tackling the Aussie bush. It can be used on dirt roads, forest trails and the like if you know what you’re doing.

That is if you get one with all-wheel-drive, the two-wheel-drive (front wheels) ASX really should be used only on sealed roads, though smooth, dry, dirt roads can usually be tackled without any real hassles. 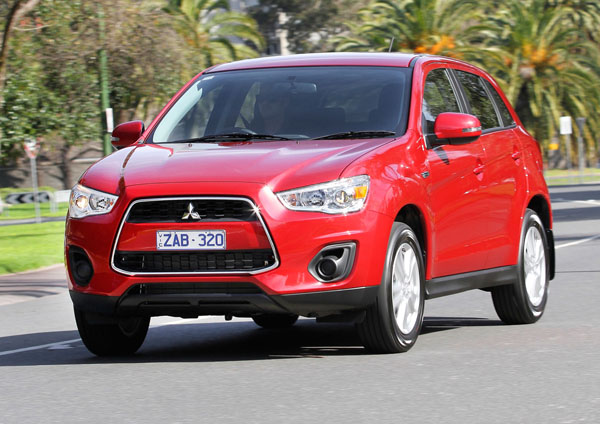 Although it’s based on the same platform as the Mitsubishi Outlander SUV the ASX has shorter overhangs and a more stylish look. It began with the so-called jet-fighter grille, but that shape wasn’t particularly well received, so in August 2012 it received a major facelift with softer looks.

Another facelift in January 2015 gave it a slightly different appearance, as did one in November 2016. September 2017 saw a strong makeover externally and upgrades to the infotainment system.

The ASX can carry four adults, with some sharing of legroom being required if tall travellers are being transported. As a small family SUV – Mum, Dad, three juniors – it works nicely. The boot is a good size with a volume of 426 litres when the rear seatback is upright and 1193 litres with the seatbacks folded.

The ASX is easy to drive and while not sporting it handles normal day-to-day driving competently. Ride comfort is good and the suppression of noise, vibration and harshness (NVH) works well and was improved several times during its life.

Mitsubishi ASX comes with the of choice petrol and diesel engines. The diesels is as good as any of those found in current generation European SUVs and reflect Mitsubishi’s expertise in the truck business. However, while reasonably popular in the early days diesels where discontinued in Australia in 2017 due to a lack of buyer interest.

Manual and automatic transmission are offered with both engine types and tend to be more common in diesels. Manuals are becoming increasingly unpopular in all but sportscars so DIY gearchanging in ASXs may not retain their value as well. 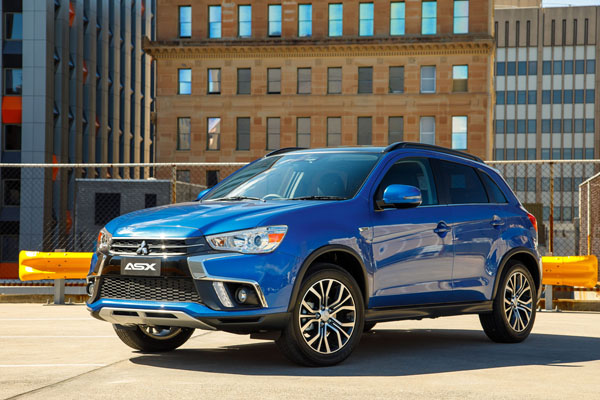 Though Mitsubishi hasn’t built cars in Australia for quite a while, it’s still well represented here, with plenty of dealers in the metro areas and a fair smattering in country cities and larger towns. Spare parts prices are generally reasonable and we have heard of no real holdups in delivery.

Insurance costs are pretty reasonable as most companies regards the ASX as a family hatch with no sporting overtones.

Mitsubishi ASX has a five-year / 100,000km warranty, not unlimited distance as is becoming increasingly common these days. Used cars may carry the balance of the warranty, but check with dealers in case it no longer meets all requirements.

WHAT TO LOOK FOR
Given its extended period of time on the market it’s no surprise that there have been quite a few recalls. Go to the ACCC at: www.productsafety.gov.au/products/transport/cars/ then click on Mitsubishi.

Check the remote control key, if fitted, works correctly on the doors and the engine-startup.

If a sunroof is fitted give it a good solid wiggle to make sure it hasn’t come loose. If it has, make sure a dealer fix is carried out before you buy the car.

It’s unlikely an ASX will ever have been off-road, but if you suspect one has it’s perhaps best to give it a miss and opt for one of the ninety-something percent that have always bee on sealed surfaces.

Signs of off-road use are scratches on the paint of the bumper corners, the guards and the doors.

Underfloor damage is a sign to look for a different vehicle, though if the price is very favourable and professional mate can repair it you could get a bargain.

Check the engine starts easily, early morning when it’s stone cold is ideal. The diesel won’t kick over as quickly as the petrol but shouldn’t lag by too much.

Look over the seats for signs of hard wear, particularly in the back. Similarly look for rough treatment in the boot.

If you haven’t experienced a CVT automatic transmission before it may feel and sound a bit odd. Basically it’s changing gears all the time through a virtually infinite number of ratios to keep the engine in the most efficient range. One you get used to it you will really appreciate its fuel savings.

CAR BUYING TIP
Some cars come in a big variety of models with plenty of different engine/transmission and trim choices. It pays to do plenty of homework before choosing one.