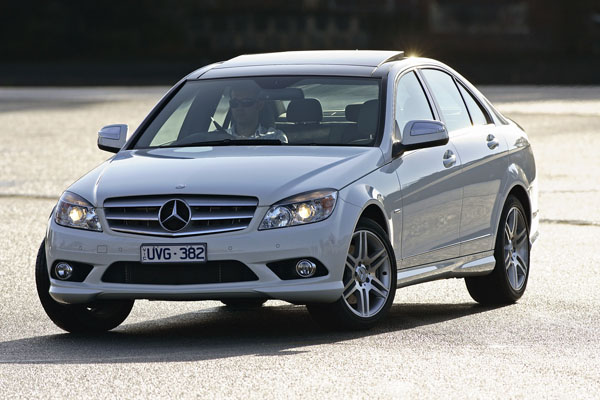 BODY COPY
Though they have has been built down to a price when compared with upper crust Mercedes models, the price trimming of the C-Class has been done intelligently. All the more so with each new generation.

We are looking here at the third generation sold from July 2007. When the gen-four was released in August 2014 Mercedes made a point the designers had aimed at providing buyers with a smaller S-Class. Perhaps a slight exaggeration, but quality is very good.

The company has always been strong in wagons as these are used in Europe by high-class companies as rep vehicles. Australians have always been keen on wagon, these days often built as SUVs rather than simply station wagons, but there are still quite a few traditional Merc wagons on offer on the used market. 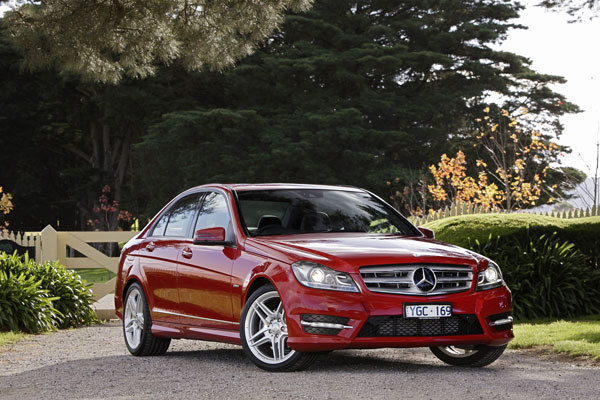 Boot space is good and it’s reasonably easy to load. The wagon has a sloping tailgate that steals some capacity, and very bulky items may not be able to be carried. Perhaps it’s time to shop for a Merc SUV if that’s the case?

This is a rear-wheel-drive car so those travelling in the back seats of sedans and wagons may find themselves a little cramped unless those in the front seats are willing to give up some space. This situation has improved over the years as the C-Class cars have become slightly larger.

Sunroofs steal some headroom, particularly in the back, so if you’re going to be carting tall teenagers, invite them on your pre-purchase test drive. Wagons will usually have better headroom in back than sedans.

Naturally the back seats in the cabriolets and coupes are smaller and only suited to kids, of tolerant adults. But that’s par for the course in this class.

There is a staggering range of petrol engines: four, six and eight-cylinder units are offered. Most are naturally aspirated, some use Kompressors (superchargers), others are turbocharged. In recent times the turbo-petrol units have become by far the most common.

Mercedes diesels engines have been popular for many years in Australia – long before they were sold with any enthusiasm by other marques. The newer diesels are a huge advance on the older ones in smoothness and refinement. Once the car is cruising at a steady speed we defy you to pick new generation diesel Mercs from petrol powerplants, however they can be surprisingly noisy at idle, especially when cold.

All sold in Australia by this time had automatic transmissions. Private imports with a manual box may have served time in Europe as taxis and done lots of hard kilometres.

Spare parts, servicing and repairs are obviously more expensive than for more mundane machinery, though not outrageously so.

We’ve heard very few complaints about availability and there are Mercedes dealers in many country cities and towns.

Insurance costs are generally reasonable for a car in this class, but get quotes before committing to buying a Merc if you’re moving up in the automotive world from more everyday machinery.

A used Mercedes-Benz that’s been serviced throughout its life by an authorised dealer will cost more, but many consider them a worthwhile investment. Check the service books are genuine and haven’t been rubber stamped by private mechanics, no matter how good they are.

Mercedes-Benz Australia offers a very good used-car scheme on cars up to five years of age. The length of the warranty varies according to the company’s workshop’s assessment of the individual car.

The hot Mercedes-AMG models have tremendous engine performance and stunning handling dynamics. We won’t go into details here as the AMGs are aimed at significantly different buyers. Rather, we will cover them in a separate used-car review.

WHAT TO LOOK FOR
Call an expert to carry out a full inspection no matter how good the Mercedes appears to be. Ideally use a mechanic trained on Mercedes, or at least a senior inspector from your motoring association.

Do a visual check of the Merc inside and out for signs of damage or serious wear and tear.

Scuffed bumper corners are a sign of poor parking skills. As are scrapes on the wheels, the front-left is usually the first one to suffer. Perhaps if the previous owner hasn’t been good at parking their driving skills may also been below par.

Uneven tyre wear, particularly at the front, may be a sign of hard driving, or, even worse, suspension that’s been knocked out of alignment.

Be sure the steering is positive with no unnecessary free play in the straight-ahead position.

Mild brake squeal can be irritation, but not actually a problem, but detracts from the luxurious feel of the Merc.

A noisy engine, or one that’s slow to start, may need expensive repairs or even a complete rebuild. Diesels are pretty expensive to overhaul.

Look for oil leaks under the engine and transmission. Sparkling clean metal in these areas may mean a very recent removal of oil.

CAR BUYING TIP
Detailed service records are even more important in upmarket cars than others. Ask to see the books and go through them carefully. Make sure the odometer readings on the car tie in with the numbers on the books.
RECALLS: To browse recalls on all vehicles go to the ACCC at: www.productsafety.gov.au/products/transport/cars/