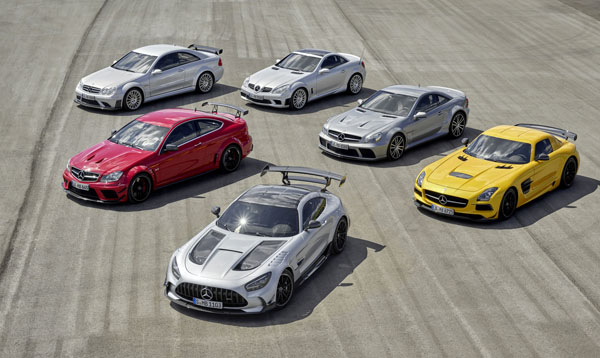 All this power and torque is kept under control by active aerodynamics and a design which stems directly from the AMG GT3 racing car.

The V8 is a 4.0-litre biturbo unit with a new ‘flat’ crankshaft. The AMG engineers have essentially moved the exhaust side into the hot internal V of the two cylinder banks in the V8 engine. 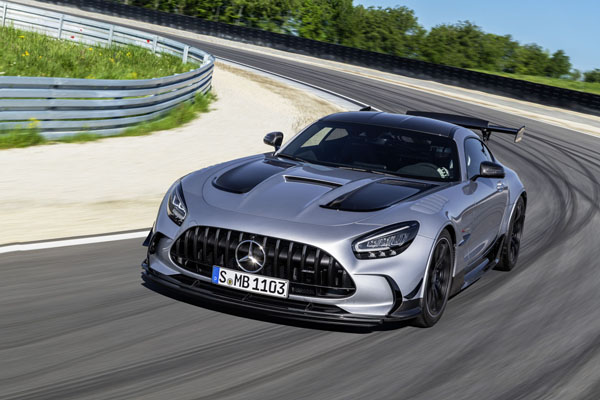 Power is transmitted to the rear wheels via the seven-speed AMG SPEEDSHIFT DCT 7G dual-clutch transmission, which is located on the rear axle in a transaxle arrangement for optimal weight distribution. It has been modified for use in the AMG GT Black Series.

At the back there’s a new rear apron with a large diffuser, two rounded twin tailpipe trims on the outside left and right as well as side wheel arch ventilation. Innovative rear aerofoil blades are made from carbon fibre and can be mechanically adjusted to suit various tracks and conditions.

The previous limits governing shift performance and response time have been extended, making them more suitable for racetracks.

The Mercedes-AMG GT Black Series has been confirmed for Australia and is likely to arrive early next year.