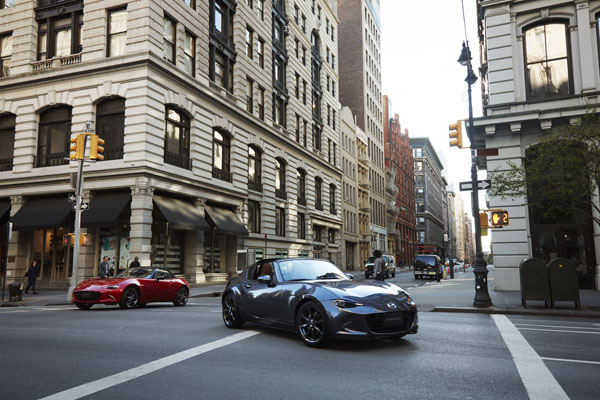 Mazda MX-5 has been updated for 2022 with new suspension technology being the
biggest feature.

Along with safety upgrades, new trim and paint options, Mazda MX-5 gets newly
developed Kinematic Posture Control technology. This is fitted to all grades and uses the
MX-5’s suspension structure to provide a more integrated and stable turning posture at
high speed.

The MX-5’s rear suspension is designed to generate an “anti-lift” force that pulls the
vehicle’s body down when the brakes are applied. KPC works by applying a slight brake to
the inner rear wheel when cornering under conditions with high G-force, thereby
suppressing roll and pulling the vehicle down to stabilise posture.

KPC can determine the turning conditions in real time from the difference in speed
between the left and right rear wheels, and increases its activity linearly in response to this
to produce an appropriate posture stabilisation effect. This means there is no change to
everyday driving situations, but the harder the drive becomes, the more the MX-5
sharpens its tail-end senses and cleverly adjusts its own turning posture.

With buyers showing a strong preference for the 2.0-litre engine the 1.5-litre Roadster will no longer be imported. 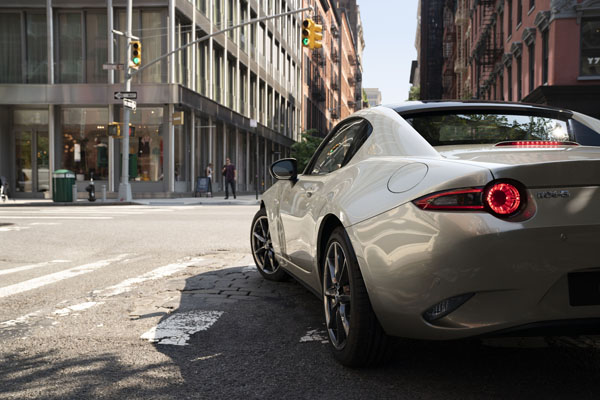 Platinum Quartz Metallic will be newly offered on Mazda MX-5, and a vivid new Terracotta
Nappa leather is available for the interior. 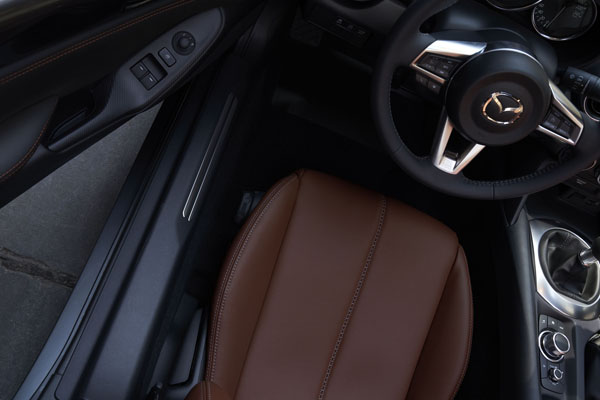 “This update maximises the MX-5’s innate potential in a wider range of driving scenarios
than ever before, enhancing the sense of Jinba-ittai that it’s so well known for,” said Mr
Bhindi.