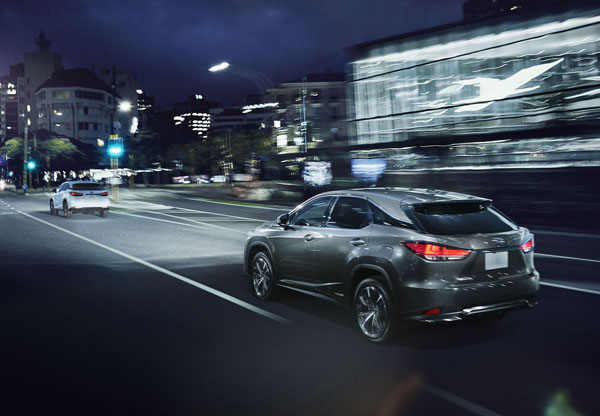 Lexus has recently announced many changes to its medium-large SUV, the high-tech RX series.

The most fascinating feature on the Lexus RX F Sport and Sports Luxury grades is an LED adaptive high-beam system (AHS) with world-first “blade-scan” technology.

Compared with existing technology that points LED lamps towards the road, the new technology directs the lamps back towards a blade mirror rotating at 12,000rpm.

Blade-scan technology utilises the reflection of light off the mirror to increase high-beam brightness and expand its reach down the road. It also more finely controls light distribution to achieve the most precise “shading” to avoid dazzling other drivers.

Typical adaptive high-beam technology uses LED lamps directed at the road, which switch on and off as individual chips that can shade fixed portions of the road. 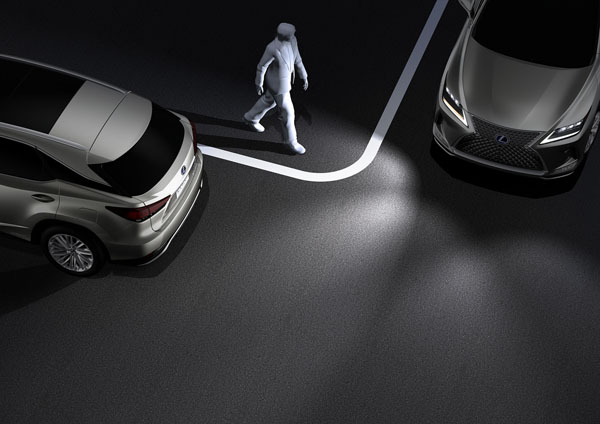 With blade-scan technology, LED lamps switch on and off in 50 microseconds while synchronising with the blade mirror, which spins on high rotation to deliver immediate response, reduce the width of the shaded area and provide a greater spread of illumination.

Illuminated and shaded areas are controlled in 0.1-degree increments (previously 1.0-degree), almost halving the width of the shaded area to just 3.5 metres at a distance of 50 metres (from 6.3 metres).

Compared with previous AHS on RX, blade-scan technology is more than 10 per cent brighter and it extends the high-beam reach to pedestrians situated in close proximity to shaded vehicles from 32 metres to 56 metres.

In addition to allowing drivers to recognise pedestrians much earlier, brighter and more focused light distribution enables improved illumination of hard-to-see areas such as road shoulders and road signs.