In 1989 the Lexus LS400 was the first Japanese car to tackle the topline versions of upmarket German and British saloon cars. It was an impressive piece of engineering from day one.

Lexus tells us ‘LS’ stands for Luxury Sports, however there’s a lot more luxury than sport. While the handling is certainly safe it doesn’t provide the semi-sporty feeling of the Europeans.

The most noticeable feature of the Lexus LS series is their near-silence and impressive ride comfort. Topline materials are used throughout and they’re built to an immaculate standard.

Engines are whisper quiet and produce plenty of power with virtually instantaneous throttle response. They are pretty economical for vehicles is this class.

Lexus boasted from day one that the LS series could remain virtually as-new for at least 10 years. We have certainly seen many gen-fours in immaculate condition. Many owners are very proud of their Lexus cars, drive them gently and have them religiously serviced by the book. It’s worth hunting them down as they make excellent used cars. 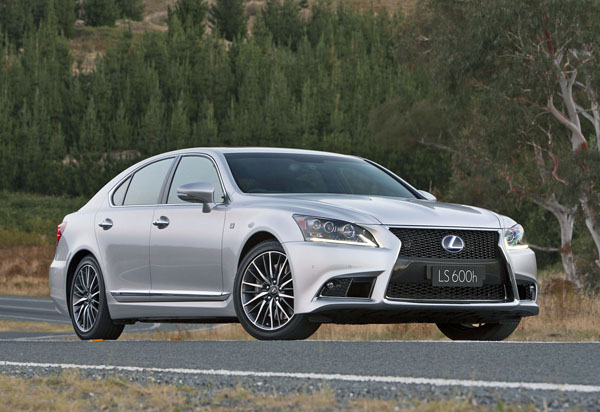 We will begin our used car review with the introduction of the fourth generation, the LS460 in April 2007. It’s powered by a 4.6-litre V8 naturally-aspirated petrol engine. It drives the rear wheels through an eight-speed automatic transmission in all but the hybrid, which has a continuously variable transmission (CVT).

A hybrid Lexus LS600hL was introduced in November 2007. The ‘600’ doesn’t mean there’s a 6.0-litre engine, rather that Lexus considers the hybrid has the performance that would require a conventional 6.0-litre unit. The actual engine displacement is 5.0 litres, again it’s a V8.

The ‘L’ in the title announces this is a limousine, with a longer wheelbase than the standard Lexus LS460.

Most LS600hL models were imported with an upper-luxury layout featuring just two business-class seats in the rear, though a conventional three-seat bench was also imported.

The fifth generation Lexus LS arrived in April 2018, it’s longer and lower than the gen-four and is built on an all-new platform. It’s still no sports machine, but comes closer than its honourable ancestors. 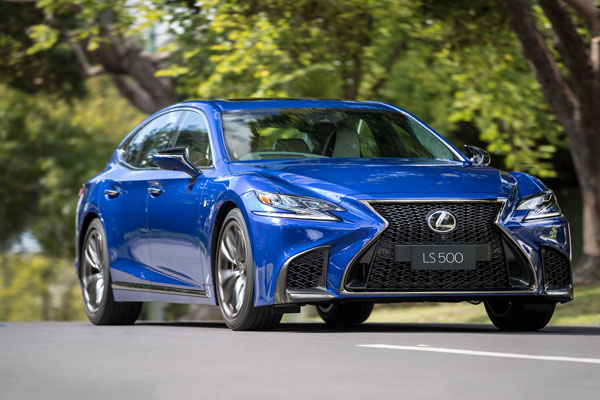 In the European manner, Lexus has downsized and turbocharged its engine. Rather than the V8s used in all previous models the 2018 LS has a 3.5-litre V6 with twin turbochargers. They’re named the LS 500 series in recognition of their power output.

An interesting model is the Lexus LS 500 F Sport which has four-wheel steering and active stabiliser bars. The aim being to provide a high levels of stability control while maintaining ride comfort.

Lexus dealers are generally only in the State capitals and major country cities. However, the widespread Toyota network can assist Lexus owners as some senior Toyota technicians are trained on Lexuses.

Insurance isn’t likely to be overly expensive and is generally in the same group as the upmarket British and German marques.

Though we have cut off this used car review at 2018, you may also like to check out a rather special 2019 edition. The “Lexus LS Inspiration Series” celebrates the 30th year since LS was launched. Based on the Lexus LS 500 Sports Luxury, it has 20-inch Dark Vapor alloy wheel design. It introduced a Khaki Metal exterior colour. It’s also offered in Sonic Quartz, Liquid Metal and Scarlet Crimson.

WHAT TO LOOK FOR
Make sure the engine starts virtually immediately and accelerates without hesitation even when it is cold.

The Hybrid uses a continuously variable transmission that should be as smooth as silk.

Arrange to have a Lexus LS inspected by a Lexus technician at a dealership. Some senior Toyota mechanics are trained on the car and may be able to help if you’re in an area remote from Lexus.

Check for damage to the bodywork. Also look for signs of previous repairs as these are large cars and can suffer from the occasional scuff or two in tight parking situations.

Interior trim should be close to immaculate in all areas unless it is one of the oldest models. Even then, we would expect the car to be in good condition inside.

Test each of the numerous functions on offer, using the owner’s manual.

We have seen a few of the older ones with oil seepage at the rear rear of the engine.

CAR BUYING TIP
Beware any upmarket vehicle that has been bought by someone who really wanted to move up to a high-class car – but hasn’t enough money left to have it professionally serviced.
RECALLS: To browse recalls on all vehicles go to the ACCC at: www.productsafety.gov.au/products/transport/cars/