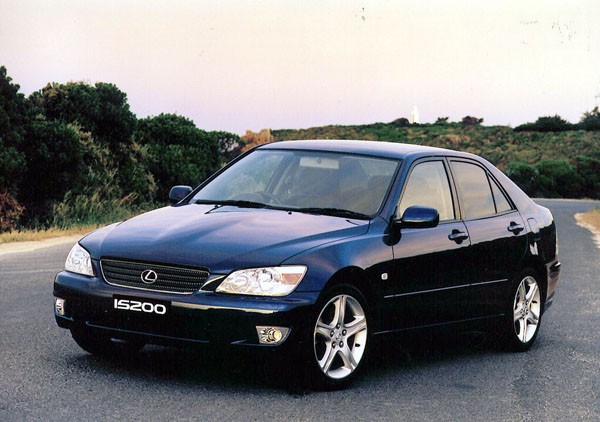 BODY COPY
The Lexus IS range of sports sedans was aimed squarely at the BMW 3-Series when launched in Australia in 1999. Later, the Mercedes C-Class was also in Lexus’s sights as Mercedes quietly moved it from the boring sedan into the sporty sedan segment.

All Lexus are immaculately finished inside and out in a tradition that has been with the marque since day one in 1989. The quality of materials and workmanship not only makes the car a delight to look at and sit in, but also makes for high level reliability.

Interior space is good for a rear-drive car, but the little Lexus has less room than a front-wheel-drive of this size would have. Try the back seat for size if adults will be frequently using it. In its earlier iterations, it’s possibly best to regard it as being a two-plus-two rather than a four-seater for adults. Later models are better but still nothing special. 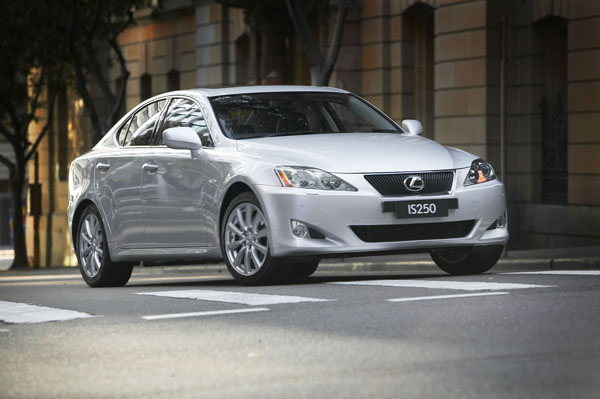 That’s for the sedans, the IS hardtop convertibles, launched in July 2009, are very tight in the back seat, as is generally the way in this class.

The first Lexus IS generation used straight-six engines, for smoothness; and rear-wheel drive for precise handling balance. Later it changed to V6 powerplants to free up space at the front.

Power for the IS200 originally came from an engine with a capacity of just 2.0 litres, hence the ‘200’. While many praised the car others said it didn’t have enough grunt to match the chassis so a 3.0-litre IS300 was introduced in 2001. Splitting the difference is the IS 250, (yes, 2.5 litres) which replaced both the 200 and 300 with the introduction of the second generation IS Series in 2005.

The third generation Lexus IS retained the 2.5-litre V6 in uprated format and added a 3.5-litre V6, to the lineup. 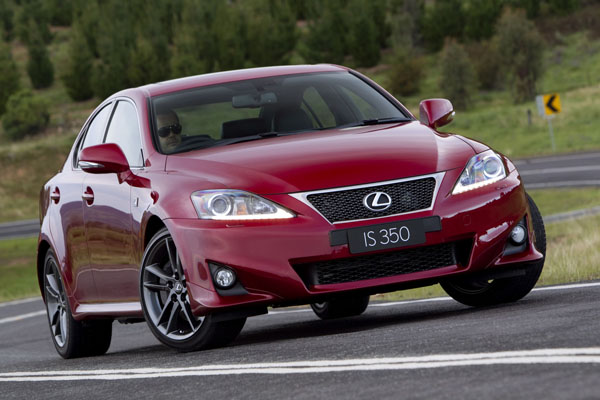 Things became interesting in the powerplant field with the introduction of a hybrid powertrain, the Lexus IS300h, in the gen-three car in July 2013. This time around the engine is a four-cylinder petrol 2.5-litre assisted by an electric motor. The ‘300’ indicates the hybrid provides the sort of performance normally requiring a 3.0-litre unit.

After years of competing only against the mainstream models of BMW and Merc, Lexus decided to tackle the German marque’s high-performance divisions with a hot model called Lexus F in October 2008. With a 5.0-litre V8 engine and semi-race suspension, steering, brakes and serious aerodynamic enhancements it’s something right out of the ordinary from a Lexus point of view; deliberately so, the Japanese marque really wants to make a statement.

Note that the Lexus F shouldn’t be confused with the Lexus F Sport, which is a far tamer model, sold from 2010, with the same engine output standard IS 250 or IS 350 on which it is based, but with uprated suspension, steering and brakes, as well as a sportier look in body details.

Spare parts and servicing are reasonably priced for a car in this class. Lexus dealers are fairly limited in number, particularly in rural areas, though that situation has changed in recent years as major country cities are now being serviced. Some senior Toyota technicians are trained in most aspects of the car. Toyota is, of course, the parent company of Lexus.

Insurance is generally moderate in price for a car in this price and social class and we haven’t noticed any worthwhile variation between the major companies in normal premiums.

WHAT TO LOOK FOR
Look for damage to the bodywork and the interior trim and remember the car should be close to immaculate in all areas. If not it may have been mistreated by an uncaring owner.

During your test drive check for anything out of the ordinary in the way the car drives, sounds and feels.

Look over the complete vehicle, preferably with the owner’s handbook in front of you, these are complex cars.

At the very least, test each of the functions on the stereo, climate-control, windows and door locking.

Make sure the engine starts virtually instantaneously, idles so smoothly that you can barely feel it and doesn’t hesitate when accelerated.

The automatic transmission should operate almost imperceptibly and not hold onto any gears unnecessarily.

A manual gearbox should be smooth and light not baulk on any changes, no matter how fast you make them.

Unless you’re very confident in your technical ability it’s silly not to call for a professional inspection.

CAR BUYING TIP
Don’t rush into specific details of a car when checking it out – rather do an overall walk around to get a big-picture of its condition.