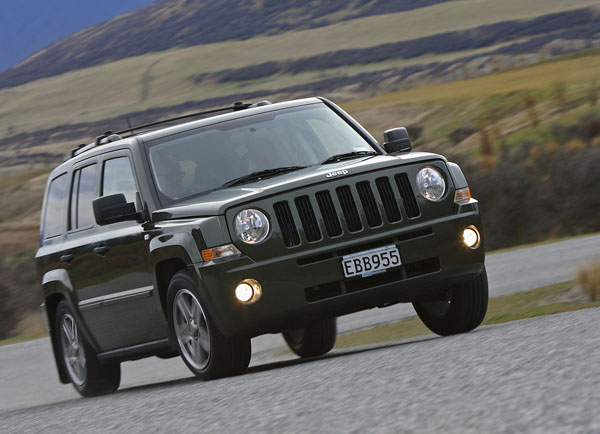 Even Jeep had to bow down to the inevitable in August 2007. The iconic American marque famed for building ultra-tough 4WDs launched the small-medium Jeep Patriot into the booming soft-road market.

Interestingly, the Patriot joined the Jeep Compass, an even softer soft-roader that had been launched a few months earlier. Both sit on passenger car underpinnings, but the square look to the Patriot, rather than the rounded look of Compass, made it the more popular.

The square shape of Patriot contributes towards its practical interior, with space for four adults, or two adults and three children. There’s plenty of headroom for all passengers and adequate rear legroom.

The 60/40-split rear seats can be folded flat for additional storage space and can also be reclined to 12-degrees. The front passenger seat also folds flat to accommodate long items with the seat back forming a handy table top. 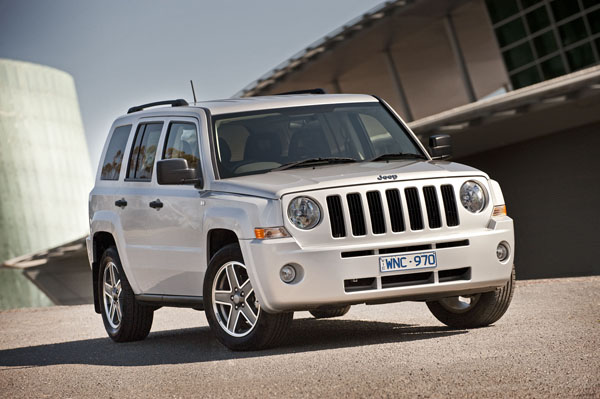 On-road handling is pretty good for this class as the suspension is set up for sealed surfaces. Its higher centre of gravity means it cannot be pushed as hard as a conventional car, but few, if any owners drive it hard.

Naturally there’s no low-range in the Patriot but a lock facility in the all-wheel-drive system does give it a bit more traction. Reasonable ride height means Jeep Patriot can tackle modest off-road conditions as ground clearance is generally the limiting factor rather than traction. Exploring forest trails and the like can be done if you know what you’re doing. In January 2012 a two-wheel-drive (the front wheels) version was added to the range.

October 2009 saw Patriot get a new simpler dash area and improved comfort throughout. Improved engine compartment and interior insulation reduced road and engine noise intrusion, though not to passenger car standards. There were also revisions to the suspension to give it a slightly softer ride.

Jeep Patriot initially came with a 2.4-litre petrol engine mated with either a five-speed manual or CVT automatic. The not-very-good CVT was replaced by a conventional six-speed unit in August 2013.

A 2.0-litre turbo-diesel engine, only sold with a six-speed manual gearbox was also on offer but was never popular and imports stopped as part of the mid 2009 rationalisation of the Patriot range.

Quality of build is not a strong factor of Jeeps at this time as the Chrysler Jeep was in serious financial strife. Now part of FCA (Fiat Chrysler Automobiles), set up in 2014, things have improved. But too late for the quality of the Patriots being examined here. In Australia FCA is performing well and its new management is working in various ways to improve matters.

There is a reasonable number of Jeep dealers in this country. Most are in metro areas as, somewhat oddly, that’s where SUVs are at their most popular in this country. We haven’t heard of major problems with spare parts prices or availability.

Insurance costs are a little higher than average, though not to a silly extent. There’s general agreement about the classification of the Patriot amongst companies so there isn’t a particularly large spread of premiums.

WHAT TO LOOK FOR
Quality of build is not a strong factor of Jeeps – see the body of this feature for more details.

Ideally we feel you should buy a Patriot with a full service history from an official dealer.

Look for body damage, in particular for scratches and dings on the lower areas, the doors and the corners of the bumpers.

Also look under the Patriot for damage, some do go into reasonably serious off-road areas.

Make sure the doors open and close easily, at the same time try the windows for ease of use and any noises within the door when you’re opening and closing them.

We’ve heard of air conditioning units breaking down so check the temperature at the outlets is correct. At the same time listen for leaves dirt being stirred up by the fan, for some reason the shielding isn’t as good as it should be.

With the owners’ manual at hand make sure everything works the way it should, particularly on the electrical side.

Make sure the engine starts within a few seconds, even when completely cold. Diesels will be slower than petrols but not by more than about five seconds.

Check a manual is reasonably smooth and easy in operation and doesn’t hang up during fast changes.

Take the Patriot for a decent drive and listen for squeaks and rattles on bumpy roads.

CAR BUYING TIP
When checking the service books on any used vehicle make sure the distances in the books agree with those on the trip meter.