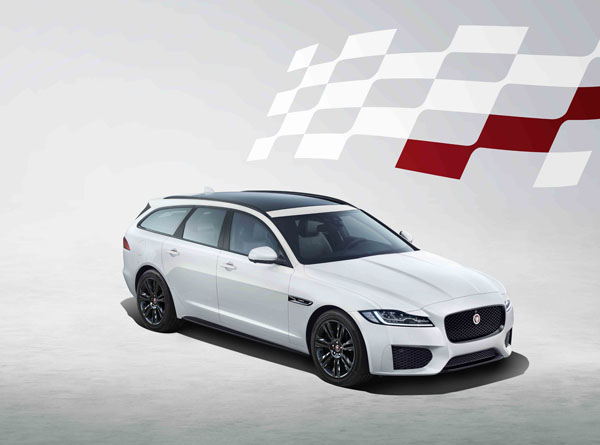 Jaguar has revealed new Chequered Flag special editions as part of the latest model year updates to the XF Saloon and Sportbrake.

The Chequered Flag editions feature unique badging on the side vents, has a sport front bumper, Jaguar’s Black Pack, body-coloured side sills and a boot spoiler.

The special edition is available in three exterior colours – Yulong White, Santorini Black and Eiger Grey, and is power by Ingenium diesel and petrol engines.

Ian Callum, Jaguar Director of Design, said: “The XF Saloon and Sportbrake combine the elegance and exceptional performance which underline all Jaguars. Both XF models feature beautiful silhouettes giving them a dynamic appearance perfectly suited to the Chequered Flag badge.”

Velar SVAutobiography Dynamic Edition is priced from $175,322 plus on-road charges in Australia. It will be available to purchase for one year only.