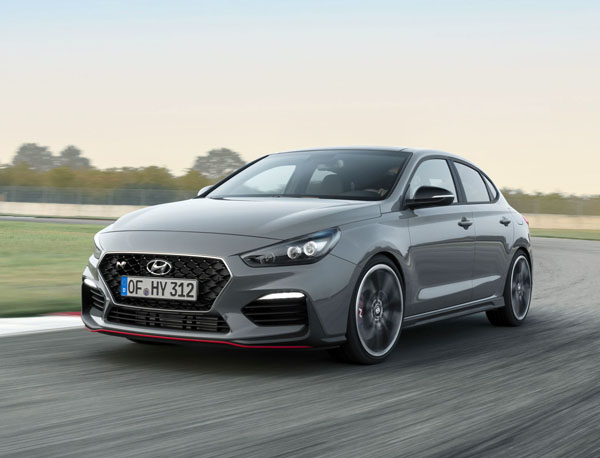 Hyundai has revealed the new 2019 i30 Fastback N in Europe. This is the second high-performance model from Hyundai’s N Performance division. It will join the Hyundai i30 N hot-hatch that was launched to a great deal of critical acclaim in Australia in March 2018.

Never afraid to try something different in styling, just look at the way-out Veloster, Hyundai has gone for a five-door hatch that’s a cross between a coupe and a station wagon.

Though we admire the crossover styling we can’t say we like its crossover title – why not name it the ‘Hyundai i30 N Fastback’ instead of ‘Hyundai i30 Fastback N’? Anyhow, we will leave that to the marketing gurus.

The i30 Fastback N shares many design features with the i30 N five-door hatch: the N grille, and N front and rear bumpers. The rear has a twin-muffler exhaust and a rear spoiler that flows neatly into the lines. A glossy black accent highlights the spoiler. 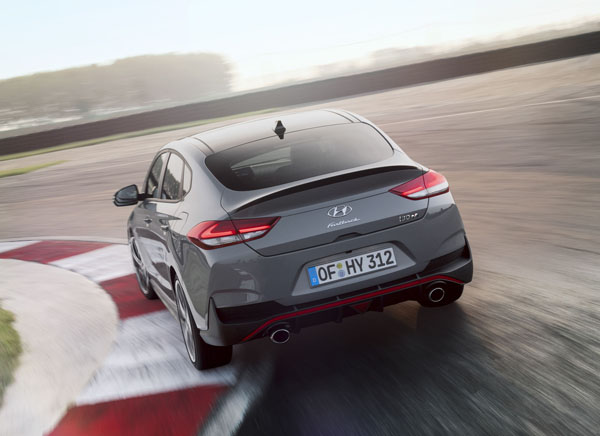 We mentioned early the i30 Fastback N’s has a touch of station wagon to its sleek shape. It’s certainly practical, with a 450-litre cargo area, which expands to hold 1351 litres when the rear seatbacks are folded down.

The Fastback has the 2.0-litre turbocharged engine introduced in the i30 N hatchback. In the Performance tune that’s likely to be imported to Australia it delivers up to 202 kW of power and maximum torque of 353 Nm. Overboost increases this to 378 Nm.

Hyundai’s N Grin Control system (so named because that’s what it’s claimed it will bring to the driver’s face) features in the i30 Fastback N, allows you to select from five drive modes using buttons on the steering wheel: Eco, Normal, Sport, N and N Custom. 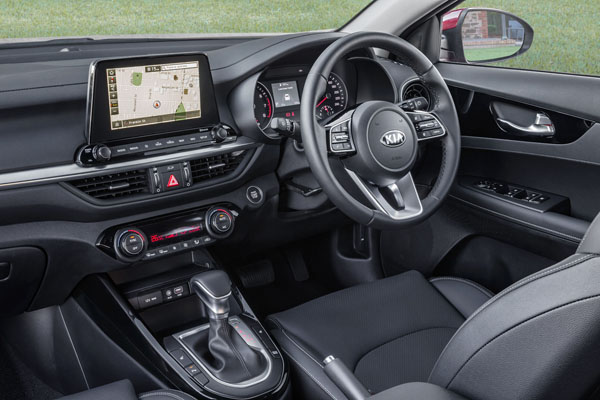 Pricing, final Aussie specs and release date are yet to be announced, but it seems as though the Hyundai i30 Fastback N won’t reach us till early 2019. Stay tuned…