The Hyundai i30 Fastback N is the second offering from the Hyundai N Performance Division. Developed from the i30 N hot-hatch, the Fastback has a seven per cent aerodynamic drag reduction compared with the hatch.

It has the same 202kW / 353Nm 2.0-litre turbocharged four-cylinder engine as the hatch. Overboost increases torque to 378Nm at full throttle for up to 18 seconds.

The zero to 100 km/h time is listed at 6.1 seconds and the hot Hyundai is electronically limited to a maximum speed of 250 km/h.

The 2.0-litre turbo-petrol engine drives the front wheels via a six-speed manual and an electro-mechanical limited-slip differential (E-LSD). 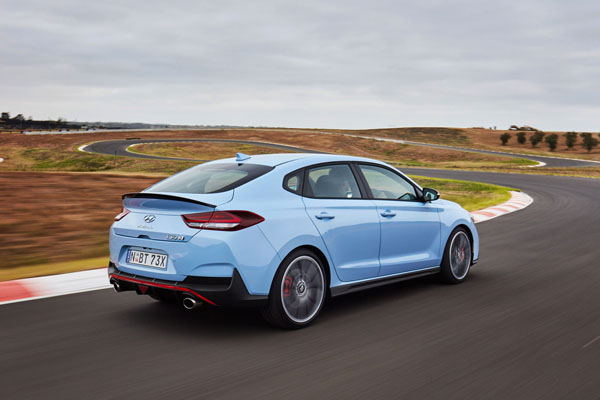