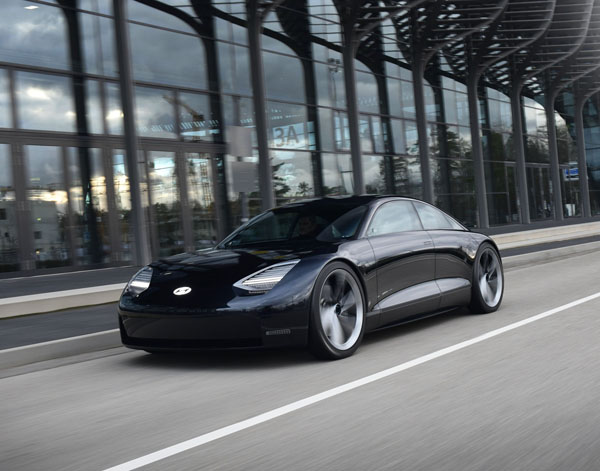 Hyundai Motor has revealed more details of its Prophecy Concept EV, saying it’s shape is inspired by the vintage cars of the 1920s and 30s, with a smooth, coupe-like design.

Prophecy doesn’t have a steering wheel, it is controlled by dual joysticks located left and right from the driver: one on the centre console and the other on the door trim. Some 90 per cent of the vehicle’s functions can be controlled via buttons on the joysticks

The infotainment system is integrated into a large screen stretching across the entire front of the vehicle’s interior. When not driving, the car can be used as an entertainment space by switching into Relax Mode. The seats recline and the dashboard swivels upwards, creating the optimal seating position from which to enjoy the display. 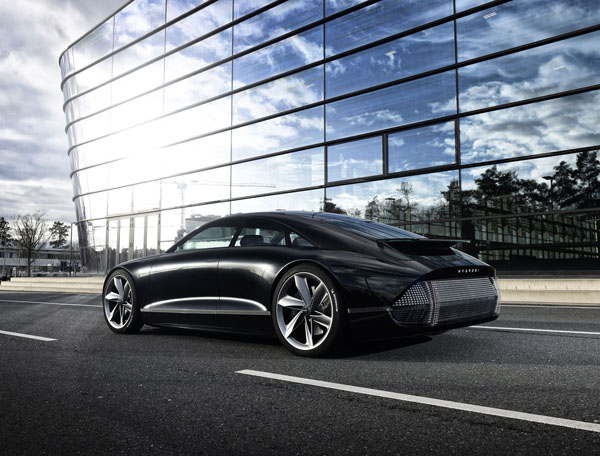 Not only is Hyundai Prophecy a zero-emissions electric vehicles – it actually cleans the air. It takes in fresh air from the outside and filters it for purity.

The Prophecy is the second Hyundai vehicle that may be built using the Electric Global Modular Platform or “E-GMP”, Hyundai’s first dedicated EV platform. 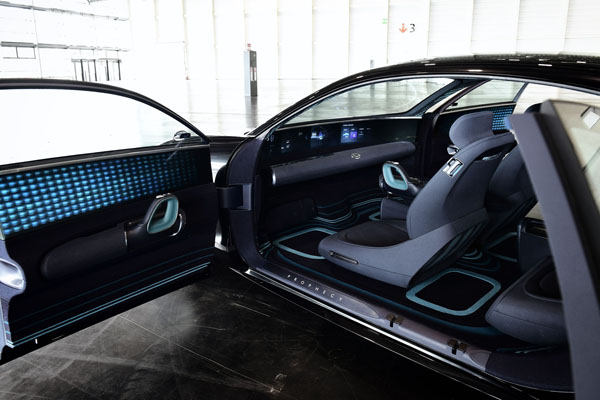 Electric powertrains are much more compact than their internal combustion counterparts, meaning designers can design the space for maximum passenger use.