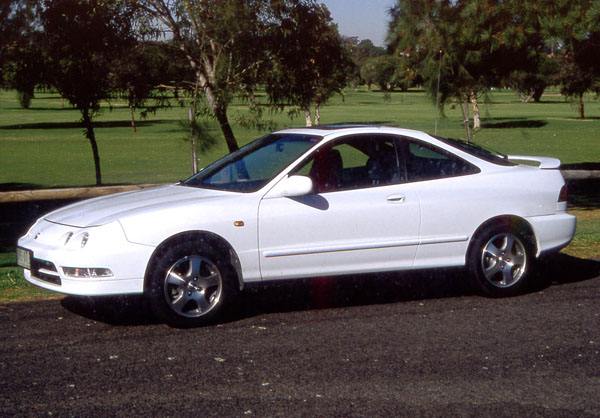 The return of Honda to F1 racing and the imminent return of the superb NSX coupe to our shore has indicated that the Japanese company has returned to its sporting roots.

Though it hasn’t been on the new-car market in Australia for too long, there are plenty of Honda Integras on the used-car scene. Built to a high quality Integra has a good combination of sportiness and retain their value well.

The Integra can be confusing as it changed its character on more than one occasion over the 15 years it was on sale in Australia from 1993 until 2007. Some are attractive cruisers, others are at the opposite end of scale, being a full-on sports machine, others are a mix between the two extremes.

Integra was almost a four-seater in its earlier periods, prior to 2001, and can be used as an interesting family car if the kids are relatively small.

At the other end of the scale, the third-generation Honda Integra Type R, is a semi-race machine. While it had been on sale in Japan for a long time the Integra Type R didn’t reach Australia until August 2000, and even then only in limited numbers. It’s a really hot little beast aimed at the serious driver. If you want a comfortable cruiser – look elsewhere. The Integra Type R has no-compromise suspension settings. 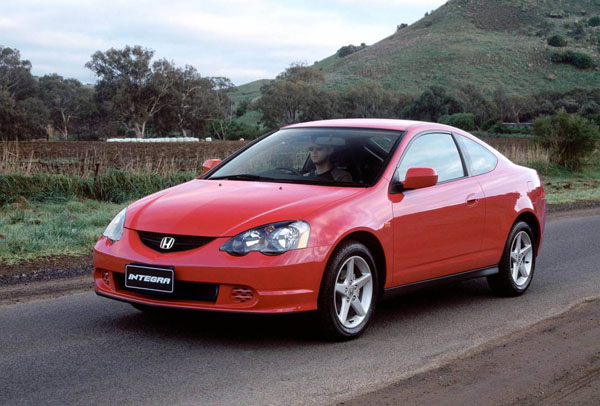 Having introduced us to the delights of a genuine sports machine with the Type R, Honda spoiled the party with a fourth-generation, launched in August 2001. It is a much softer car. However, it is reasonably easy to punt hard if you put your mind to it.

It wasn’t until October 2004 that Honda Australia brought in another ‘proper’ sports Integra, this time tagged as the Type S. Now you can understand the aforementioned confusion.

Even the standard Honda Integras handle pretty well, with good turn-in and not too much understeer if pushed hard.

Engines are 1.8 litres until the fourth-generation model of 2001, when the capacity increased to 2.0 litres. However, Honda’s ability to get big power from smallish engines is renowned and the hottest of them all, the limited edition Type R of 2000 managed a hefty 141 kW from its 1.8 litres.

Transmission choices are five-speed manual in most models, with the high-performance Type R and Type S getting six-speed manuals.

There is a good number of Honda dealers Australian wide, with this Japanese company being reasonably well represented in country areas. 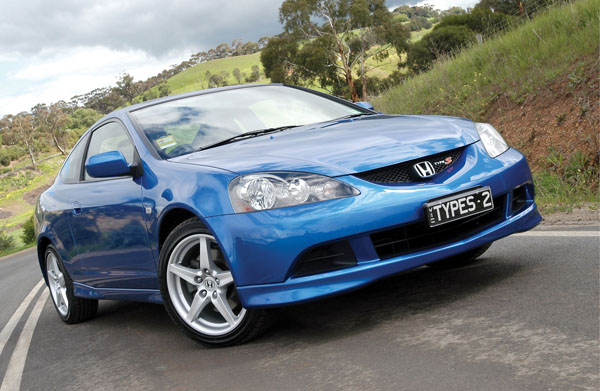 Spare parts and servicing are usually well priced, with Honda having put some hard work into pulling prices down a few years back when it had a reputation for charging top dollar for spare bits.

Insurance charges are about average for a sporting coupe, meaning fairly expensive but not outrageously so. Few companies seem to understand that there are some really hot variants amongst them.

The Integra suffered from the general decline in popularity of sports coupes that began early in the 21st century. Though it hung on for longer than some of its competitors, production eventually ceased in 2007.

WHAT TO LOOK FOR
Beware of the Honda Integra Type R that has been thrashed on race tracks, or traffic-light drag racing.

Look for a body kit, extra instruments or a large exhaust tailpipe extension, these may be a sign of hard driving, though many dress up their cars with go-faster.

Excessive brake-pad dust, usually at its worst on the insides of the front wheels and callipers, is another indication of hard driving.

Check for repairs to crash damage by looking for paint that doesn’t match correctly from panel to panel. Ripples in the panels, easiest to spot while looking lengthways along them in good light, are another solid cue. If in doubt, call in an expert.

Make sure that the engine starts properly and idles easily. These sports engines are complex items, particularly for their day, and can be expensive to repair. They really should be checked by a Honda dealer, or at least a specialist technician from a motoring association.

Pay attention to the transmission during your road test and be sure it works smoothly and easily with a minimum of noise.

Look over the interior for signs of damage. Though they usually age well they can suffer rough treatment. Listen for squeaks or rattles inside the car during the test drive, a rough road will magnify.

CAR BUYING TIP
Honda sports machines do seem to attract hard driving individuals and are probably best avoided unless the price is right.