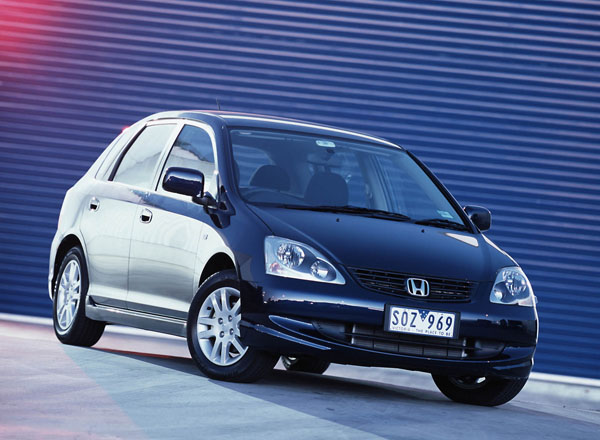 An all-new Honda Civic has hit the roads downunder and appears to be gathering a lot of buyer interest. So quite a few older models are likely to be traded in, perhaps so many that dealers will be keen to de-clutter their yards and offer lower prices than usual. No promises, but we suggest you get in quickly if you’re halfway interested.

The Honda Civic had a reputation for build quality and reliability that once lifted it above the pack in the image stakes in Australia. This seems to have slipped a little in recent years, or it’s simply that the pack has caught up. Nevertheless Civic still rates highly in the minds of some buyers.

Very much a global car, the Honda Civic is a Japanese design in sedan format, but has a European input in the hatchback as it’s made in England for the Euro market. Sedans are made in Japan or Thailand, while petrol-electric hybrids are all made in Japan. Thankfully, build quality is similar from all factories as the Japanese head office keeps a tight rein on all its factories.

Interior room in the Honda Civic is good without being outstanding. There is space for four adults, but in reality the rear seat is probably best left to children. 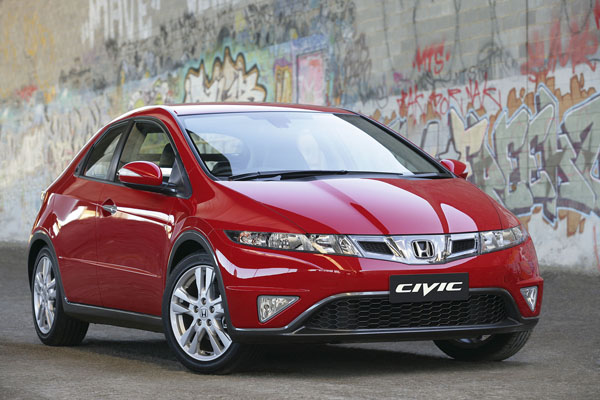 Civic sedans are longer than hatches and most of this extra body size is put into a larger luggage area. There is some loss of boot space in the hybrid due to the installation of a large battery. It has never been a big seller (or even a mid-range one) but the hybrid still makes an interesting drive if you’re into the latest in technology.

The Civic is easy to drive and park thanks to light controls and good feel for the driver. These cars are popular with suburban users, but can be used on the open road, although bumpy secondary roads in the bush can cause a rough ride at times in older Civics as they have relatively short-travel in their suspension. Later models, from 2006, are noticeably better.

On smooth roads, particularly on motorways, the Civic offers the sort of relaxed noise and vibration levels that are generally only found in cars from the next size class upwards.

Petrol engine sizes in the standard Civics are 1.6 litres and 1.7 litres in the older models; rising to 1.8 and 2.0 litres from 2012. The 2.0-litre engines fitted to the sportier Civics and give plenty of performance, but ask for plenty of revs to really work at optimum levels. A 1.6-litre turbo-diesel Civic arrived in 2013 but never really caught buyer attention. 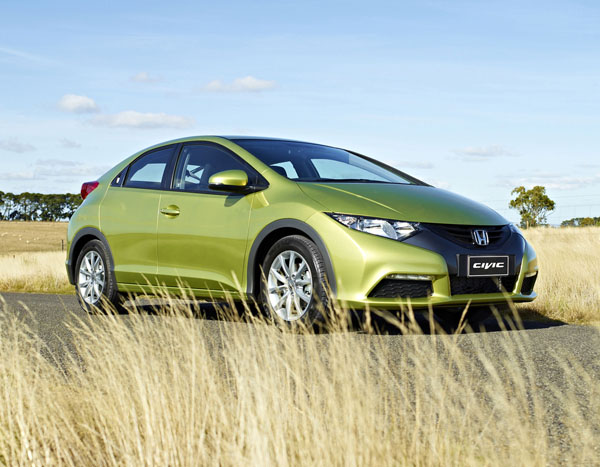 Five-speed manual gearboxes are standard in most models the Type R has a six-speed, as do some upmarket petrol versions from 2009, as well as the diesel. Four-speed automatic transmissions were sold till a five-speed unit was used in the eighth-generation Civics, launched at the start of 2006.

The Civic Hybrid was introduced to Australia in early 2004 and is less extreme than previous Honda hybrids. It runs a small 1.3-litre petrol engine and an electric motor. The automatic fitted to the Civic Hybrid is a continuously variable transmission (CVT).

Repairs, servicing and spare parts used to be relatively expensive and early Civics had a bad name for this. Honda Australia worked hard and matters have improved considerably on the later Civics.

Civic is reasonably simple mechanically so a good amateur mechanics can do a fair bit of the work themselves. Having a workshop manual at hand makes a lot of sense. Don’t attempt to carry out repairs to safety related items unless you have top class experience.

Insurance costs are reasonable, with few companies making any real differentiation for the sportier versions of the Civic.

WHAT TO LOOK FOR
Make sure the engine starts promptly and responds quickly and positively to the throttle. If possible arrange to start it when it’s cold after an overnight stop. Any engine that hesitates when revved suddenly should be treated with suspicion.

A worn engine will smoke from the exhaust when it is driven hard after a period of idling.

A conventional automatic transmission should be crisp in its changes and not hold onto any gear for too long.

A continuously variable automatic transmission feels different in its operation so have an expert drive it if you are not confident it’s working correctly.

The clutch pedal should be smooth in its operation. All manual gearchanges should be light, positive and quiet. Problems will show up first on fast downchanges, usually when going from third to second.

Bodywork should be undamaged and free from rust. A Civic that has been poorly repaired after a smash may turn rusty later.

CAR BUYING TIP
When considering buying an older car, shop around for spare parts in your neighbourhood before buying it. There can be a marked variation in availability.