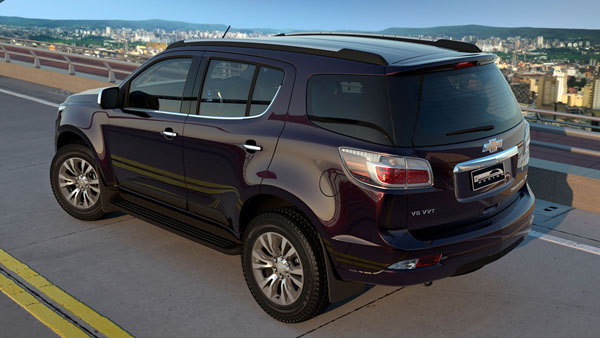 Holden Colorado 7 SUV is about to get not only a major makeover, but also a new name – Trailblazer. That name is used in other markets, particularly the USA where the SUV is sold as the Chevrolet Trailblazer.

Changes to the front are evident in these photos of a Chevrolet model provided by GM-Holden show it is to continue the double-stacked grille look that’s been well accepted downunder.

Describing the new shape Holden leaves no doubt about the sort of buyers it’s aiming at, “The 2017 Colorado has been designed with a tough, yet refined appearance. Its lines are more angular and purposeful, a nod to its American-truck DNA, giving it strong proportions to ensure it looks robust and tough, reflecting its serious off road capability.”

Under the skin of the Colorado and Trailblazer is a lot of tough design from Japanese truck maker Isuzu, which also bolds well for the potential buyers in the rough ‘n’ tough market.

The Americans love their technology and comfort so Trailblazer will have access to Apple CarPlay and Android Auto using the MyLink system across the range. There’s also an emphasis on increased ride comfort and ease of driving. This makes sense given that the majority of 4WDs are actually only ever used as on-road station wagons. However, Holden’s marketing chief Geraldine Davys assures us it will still be capable of taking part in weekend adventures. 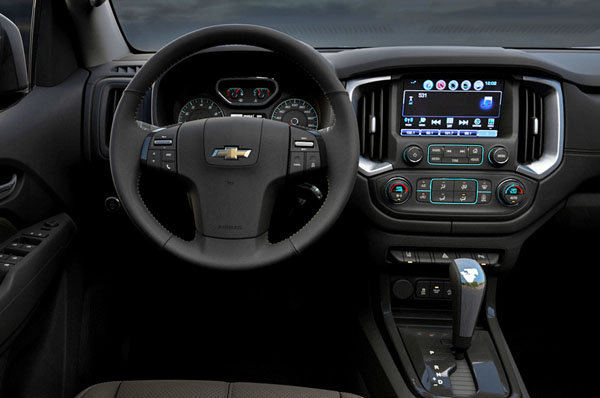 Trailblazer is a seven-seat wagon and Holden says it will feature premium materials with contrast stitching. Compared to the soon to be superseded Colorado 7 the Trailblazer has an all-new dash and instrument cluster design. It will have a new, eight-inch colour touchscreen, housing the infotainment technology.

Shots of the interior show the style is big and bold and looks to be easy to operate. As yet we haven’t seen a Trailblazer in the metal, let alone to get into the driving seat, but will follow up with reports as soon as we can do so.

No details of the engine and transmission have been announced at this stage. It seems likely that we will get an upgraded version of the current 2.8-litre turbo-diesel engine used in the Colorado 7. It’s already pretty impressive with 147 kW of power and 500 Nm of torque. Power is transmitted to either the rear wheels or all four wheels by a six-speed automatic transmission.

HoldenTrailblazer has significant Australian engineering and testing incorporated in many areas. Much of it also going into models sold in many countries worldwide under various nameplates such as Chevrolet and Vauxhall. This clearly shows that GM-Holden intends to continue indefinitely in automotive design, engineering and testing past the closure of the local factories.

Holden hasn’t announced the release date for its new Trailblazer, other than to say it’s coming, “later in 2016”. Stay tuned for our initial test drives.