Holden Cascada is the convertible version of the Astra hatch and is the next generation of the model called Astra Twin Top which was imported to Australia until 2010.

Cascada is built by Opel in Europe. Though it’s a German company, Opel has been controlled by General Motors for almost 90 years. There has been close co-operation between Germany and Australia for many years, particularly with the Commodore where the original models were virtually Opels with Holden engines and tougher suspensions.

Holden Astras were discontinued in 2010, replaced by lower-cost small and medium cars from GM factories in South Korea.

An attempt was made to revive the Astra nameplate in 2012, this time with Opel Astra badges although there was no convertible in the Australian Opel range. Less than a year later the Opel name was quietly withdrawn from the Australian market. 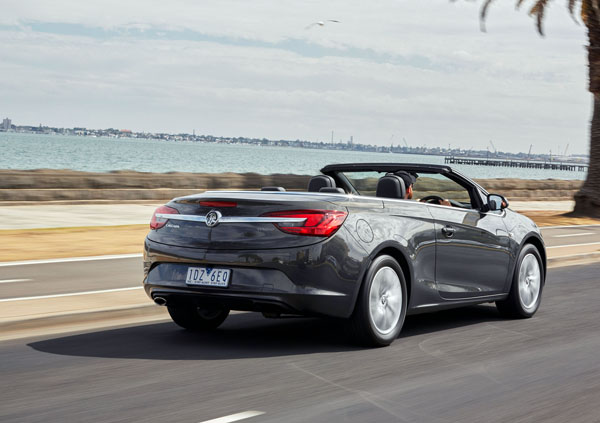 Styling is vital to strong sales in all convertibles and Opel has done well, particularly in choosing to go for a soft-top rather than a folding hardtop. While the latter may be more practical in some ways it inevitably looks like a coupe when the roof is closed. Whereas a soft-top lets the world know you’re in a convertible even when you’ve been forced to shut out the weather.

On the other hand the body behind the windscreen is rather too long to our eyes. This has been done to give Cascada room for four adults rather than the usual two-plus-kids convertible layout. Legroom does suffer in the back if the pair in the front seats want to stretch out, but this can be classified as a genuine four-seater if some compromises are made.

Boot space is good because soft-tops need less space to tuck away the roof than do hardtops. If you do want to cruise to a beautiful spot on holiday with the top down you miss out on some luggage room. Try for yourself before falling in love with the gorgeous lines of the Cascada. 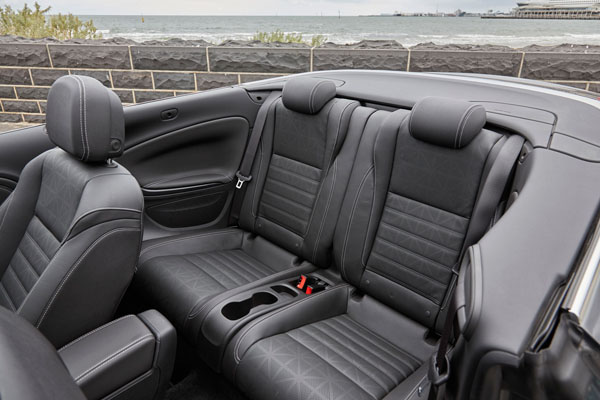 The rear seatbacks have a 50/50 split to let you choose your passenger / luggage compromise.

The 1.6 turbo-petrol four-cylinder engine has a useful 125 kW power and 260 Nm torque and drives thorough a six-speed automatic transmission. The peak torque runs all the way from 1650 to 4500 revs so anyone other than the revheads will be running with maximum torque virtually all day, every day.

Unlike the Astra hatch that has 147 kW power and 280 Nm torque if you opt for the six-speed manual, Holden Cascada is automatic only. Pity, because the extra mass of the open top car takes the edge of its performance.

Rough Aussie bush roads do generate some scuttle shake, which hardly comes as a surprise considering the large cabin opening. On normal country roads everything feels nice and solid. Cascada on smooth roads is exceptionally quiet and comfortable with the roof closed and still retains plenty of sophistication when the roof is where it should be – folded down.