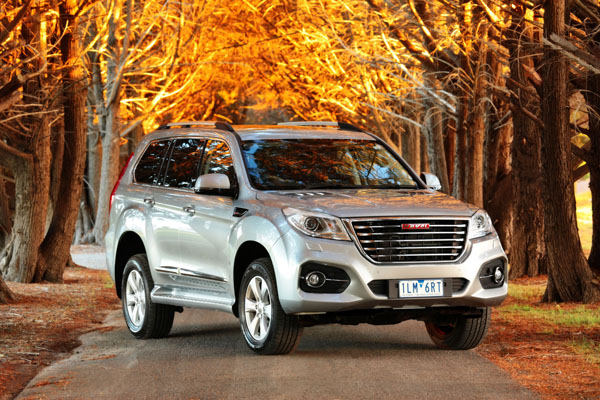 It had to happen. The Chinese challenge to the heavy hitters of the sports utility segment goes on, with the MY20 Haval H9 continuing to take on the likes of the Mitsubishi Pajero Sport and Toyota Prado.

While not there yet (Where’s the diesel version?) the H9 has lucked out of its prime target, the American market, thanks to President Trump putting up the shutters on Chinese imports, Australia is still in the game.

We have two versions of the big seven-seat SUV – Lux and Ultra – both powered by a 2-litre four-cylinder turbocharged petrol engine. Lux and Ultra are priced at $41,990 and $45,990 (on the road), respectively.

Haval H9 comes with autonomous emergency braking, lane departure warning, blind spot monitoring, adaptive cruise control and rear cross-traffic alert, as well as airbags for driver and front passenger (front and side), and side curtain airbags all the way to the back row.

Haval provides a seven-year unlimited kilometre warranty, as well as five-year roadside assistance through the Australian Motoring Clubs across its entire range.

STYLING
The Haval H9 is no Ming Dynasty of the Chinese automobile industry. Designers have stuck strictly to the tried and tested elements of the large four-wheel drive wagon.

Upgrades to the radiator grille forgoes much of the chrome favoured by rival SUVs, relying on five strips of the shiny stuff to provide a laid-back canvas for the Haval nameplate.

The lower air intake was reworked for improved airflow into the engine bay and the front fog lamps adopted a more circular design. 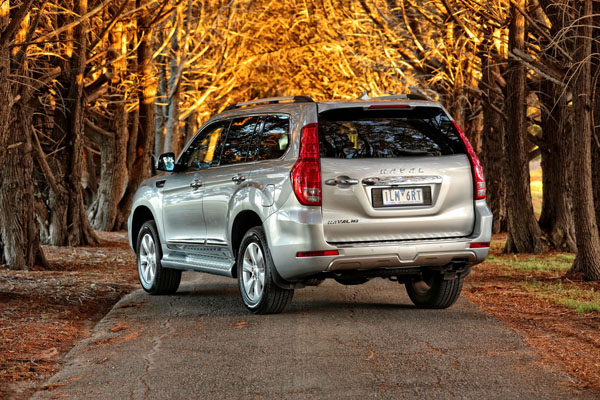 INTERIOR
Ultra occupants have the benefit of Comfort-Tek eco-leather seats, while taking advantage of pleasant, well-lit surroundings thanks to a panoramic sunroof with an easy-to-use dial and retractable sun blind.

Focus of the instrument panel is a large TFT screen – the result of feedback from Australian buyers – that displays a host of information including digital speed readings.

To the left are a traditional analogue tachometer, with analogue temperature and petrol gauges on the right.

However Apple CarPlay or Android Auto are absent.

ENGINES / TRANSMISSIONS
The H9 is powered by a turbocharged petrol engine generating 180 kW and 350 Nm, which is matched to an eight-speed ZF transmission running a Borg Warner torque on-demand transfer system. 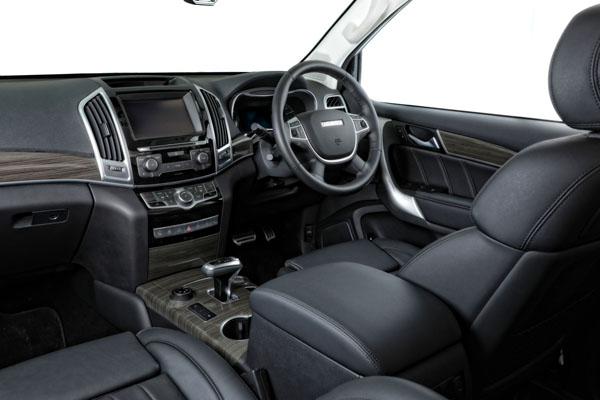 Passive safety is taken care of by dual front and front-side airbags, as well as curtain bags across all three rows.

DRIVING
Introduction to the Haval H9 was far from welcoming, getting in and out posing some problems: access through the rear doors is skinny and tangling with the second-row seatbelts is a trial.

The seats themselves have their disadvantages, the high floor forcing occupants to sit in an almost head-between-knees position. Children and smaller folk fare well.

Also, with the seat backs in the upright position cargo behind is almost totally eliminated, with space only for briefcase or laptop thickness cargo standing upright.

Considering the bulk it has to handle the engine is quiet and unfussy. Along with fuel efficiency, modern turbocharging can take the credit here.

Not only has the H9 no diesel option, fuel bills are blown out by the need for 95 RON petrol to run the thing.

A major downside was some hesitation on take-off with the stop / start system slow to engage.

Haval’s All-Terrain Control System optimises off-road performance in sand, snow or mud, while 4L is for the toughest conditions, or when maximum traction is required.

Auto mode automatically adapts to any on- or off-road situation, while Sport is for the keen driver, with the ZF transmission holding lower gears for longer. At speeds below 80 km/h, it locks out the two overdrive gears, making it ideal for urban driving.

SUMMING UP
On the one hand, pedestrian performance and variable seating comfort; on the other, much needed safety upgrades and a plethora of aids for drivers, the Haval flagship faces some rough waters in its attempt to make it in the heavy brigade.