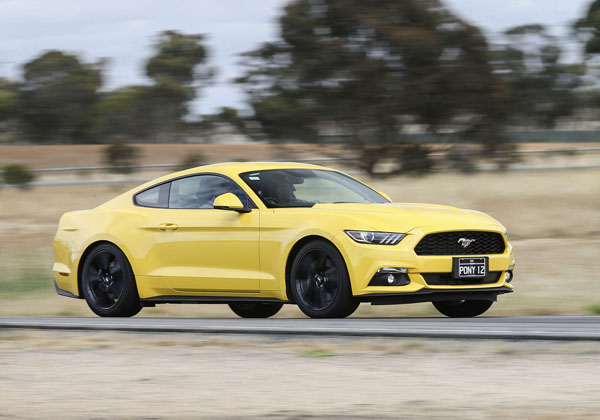 Ford Mustang has been a big success on the Australian market and I see them pretty well
every time I’m on the road.

We will cover the Mustang from December 2015 when a new model was introduced in this
Used Car Checkout.

The addition of the 2.3-litre EcoBoost engine introduced turbocharging to the Mustang
powertrain line-up. The geometry of the EcoBoost intake manifold and turbocharger
housing being optimised to provide higher output – 233 kW and 432 Nm of torque.

Steering feel is nicely weighted with just the right heft for keen drivers of high-performance
machines. The four-cylinder EcoBoost engine is short and sits well back under the long
bonnet. It pretty well straddles the front axle area so provides excellent balance.

The front seats are laterally supportive but lack of rear legroom puts the Mustang into 2+2
territory. The front seat passenger can share leg space with someone behind them, but
unless the driver is short whoever sits behind them may feel a bit cramped.

A selection of driving modes can be called up by flicking a switch on the central console.
Normal offers a balance between comfort and performance; Sport+ provides more
responsive steering and throttle response; Track allows the engine to respond directly to
the driver’s input, while reinforcing the sporty engine note; and Snow / Wet keeps the car
in touch with adverse road conditions.

Convertible cabin wind turbulence was isn’t too intrusive with the top down, with the body
strength coping well with lateral and twisting forces.

The biggest news for 2018 is that there’s a new 10-speed automatic, which is available
with both Mustang engines. It has a wide-ratio span between first and tenth, faster shifts
and optimised gear spacing to keep it at peak torque, and fast response. Steering wheel-
mounted shift paddles give drivers manual control. 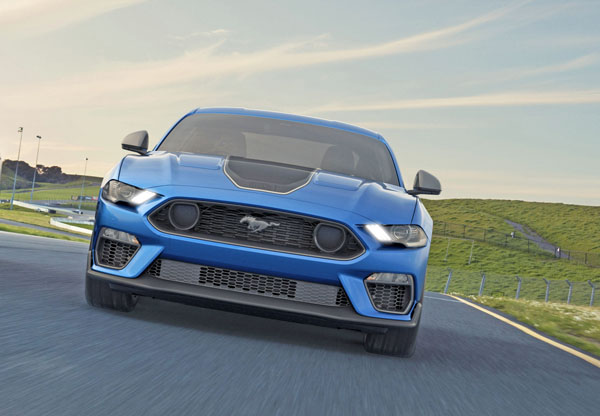 The six-speed manual gearboxes were upgraded to handle the added torque on both
engines.
Mustang’s engine note could be adjusted. An active valve exhaust system is standard on
all GT models. Four modes are available: Normal, Quiet, Track and Sport.

Visually, there’s a lower, remodeled bonnet with air intakes in new positions and revised
upper and lower front grilles. But it still looks very much like a Mustang.

Revised shock absorbers make for better ride control, while a new cross-axis joint in the
rear suspension leads to increased lateral stiffness. The stabiliser bars have also been
revised.

For the first time, MagneRide damper technology was an option for Mustang, designed to
optimise ride and handling in all situations. Previously exclusive to the Mustang Shelby
GT350, the system allows automatic adjustment of each corner, up to 1000 times per
second, for even better responsiveness and lateral performance.

The 2018 Mustangs have a 12-inch all-digital instrument cluster that offers three separate
views – Normal, Sport and Track modes – and the ability to change colours and gauge
layout.

The centre console adds a new hand-stitched wrap with contrast stitching and padded
knee bolsters while door handles, rings and bezels are finished in aluminium.

There are plenty of Ford dealers Australia wide, even in very remote areas. Spares for
Mustangs may not be held in smaller dealerships, but can usually be shipped to them
within a few working days.

Insurance is surprisingly moderate in cost – if you have a good driving record and minimal
previous claims. As always, shop around but be aware that a long-standing record with
one company can be to your benefit.

WHAT TO LOOK FOR
A professional inspection really is a must of a car like the Ford Mustang. As is a full service
history, preferably at a Ford dealer.

A Mustang that has been thrashed may have serious rear tyre wear and lots of brake dust.
Perhaps you’re best to steer clear of that car.

Check the fluid on the automatic’s dipstick. If it smells burnt and looks dark, that’s another
sign of hard driving. The 10-speed auto seems to stand up better than the six-speed.

Convertibles are generally water tight, but it still pays to look and feel for dampness in the
carpets as on open-top Mustang may have been caught with its top down in the rain.

Look for signs of previous crash repairs, wrinkles in the panels when viewed end on,
mismatched paint colours and overspray on unpainted parts.

If there’s too much turbo lag on the 2.3 EcoBoost there could be electronic tuning
problems.

CAR BUYING TIP
Much as we love open top cars the lower rigidity of their bodies and the chances of the
interior being sun and/or deliberately damaged can make them depreciate faster.