Just as important in today’s hotly contested SUV market the Everest has a warranty of five years with no distance limit.

Ford Everest is sold in five- and seven-seat variants and offers the choice of two- or four-wheel drive. The 4WD models have higher ground clearance for those who like to get serious in mild to moderate off-road regions.

Inside there’s been a freshen up that focuses on dark colours.

Infotainment has a 10-speaker audio with amplifier, single CD, AM/FM/DAB+ and its SYNC 3 features Voice Control, Emergency Assistance and MyKey

Ambiente’s powered by a 2.0-litre turbo-diesel five-cylinder engine with 143kW of power and torque of 470Nm through a nice spread from 1750 to 2500 rpm. It has maximum towing capacity of 3000kg and drives through a six-speed automatic transmission with sequential shifter overrides. 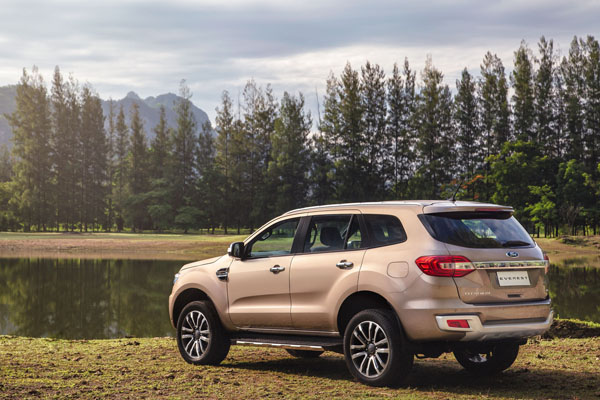 FORD EVEREST TREND RWD / 4WD
The biggest news in the upgraded Everest is a new 2.0-litre Bi-Turbo diesel engine with 10-speed automatic transmission that’s standard on the rear-wheel drive, and optional on 4WD. Power is 157kW, torque is a juicy 500Nm that peaks at 1750 and goes through to 2500rpm.

Life is made easier by the fitment of semi-auto parallel park assist.

New Everest is not going on sale until September but it might be an idea to get onto your Ford dealer sooner rather than later as the Everest has been climbing up quickly in sales and there may be delivery delays.