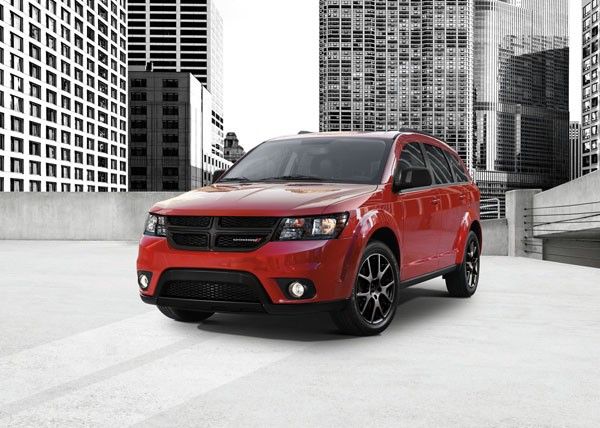 Dodge Journey Blacktop is a special edition of the vehicle that neatly straddles the people mover and crossover SUV in its styling. Not just a people mover, the Blacktop is all about style numerous black exterior details featured around black alloy wheels.

Based on the topline Journey R/T, the Blacktop has a gloss black front fascia, headlight housings, split-crosshair Dodge grille and exterior mirrors. Our favourite is the one with a full black body, but it’s also offered in other colours, the red and black edition looks pretty good as well.

In American talk Dodge Journey is a minivan. It comes with either two or three rows of seats and the ability to carry up to seven adults. Four adults and three children is a more realistic load, but that’s not unusual in this class.

The second row seats three and can slide back and forward to let you juggle either legroom those in the back or vary the amount of people / luggage space. Entry and egress to the third row seats isn’t too bad, but those who are getting on in years may find it a struggle at times. Foot-room in rear isn’t particularly good, again suggesting the area is really best left to kids. 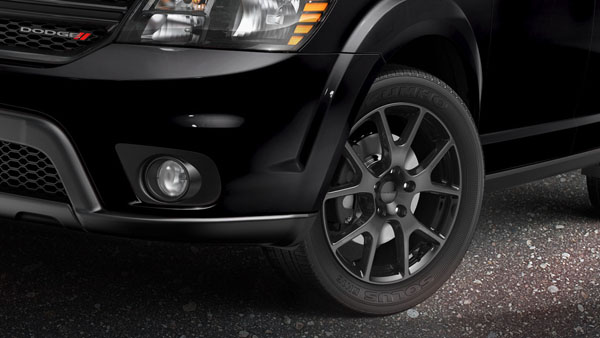 The second and third row seats each sit slightly higher than the one/s in front, giving good visibility for those occupants. Some drivers’ rearward vision is restricted by the higher rear seats and their large headrests. So make sure to adjust the door mirrors to fill in the blind spots.

There are plenty of stowage areas for various items, including two bins under the rear floor, one in the floor of the rear compartment. The backrest of the front passenger seat folds down leaving a work area for a laptop, etc.

Though it’s relatively large by Australian standards, the Dodge Journey is easy enough to drive, though forward-side visibility is hampered by large windscreen pillars that sit a long way forward of the driver’s seat.

As the Dodge Journey R/T on which the Blacktop is based is an upmarket machine it comes with satellite navigation, leather trim, heated front seats, keyless entry and start, a reversing camera as well as rear parking sensors, automatic headlights. 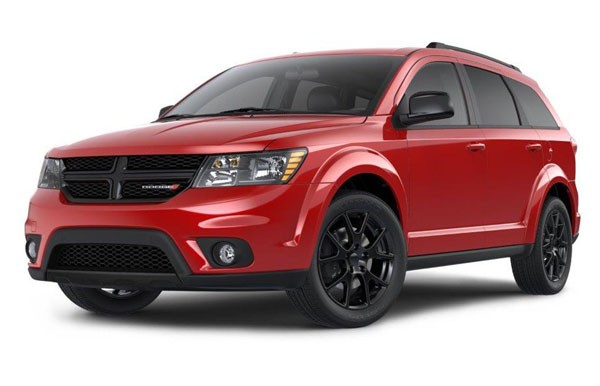 Infotainment uses a 8.4-inch touchscreen with Bluetooth and USB connectivity. The second-row overhead 9.0-inch video screen with wireless headphones is a big hit with the junior travellers.

Power comes from a V6 petrol unit with 206 kW of power and 342 Nm of torque and is transmitted through a six-speed automatic.

Handling is competent enough, but there’s not a lot of interest for the sporty minded person. Unless the driver does something really silly they aren’t likely to get into trouble.

A turning circle of almost 12 metres can make manoeuvring in carparks a real problem, the aforementioned visibility problems could aggravate this.

Dodge Journey is built in Mexico to a reasonably high standard. It has a good paint finish and panel fit, but the trim materials aren’t always as neat and accurate as in Japanese and Korean vehicles. 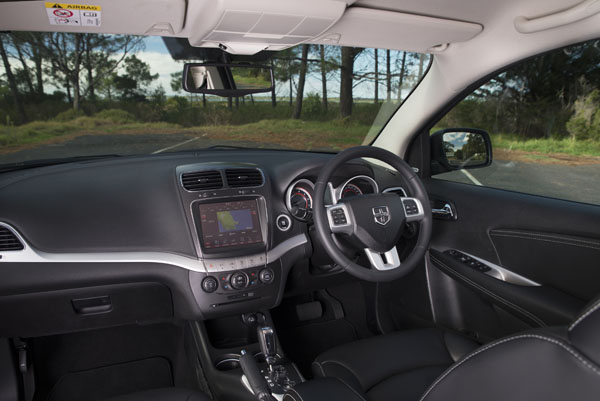 The Journey is a versatile vehicle that’s packed with practical features. The Blacktop adds excitement so those who need to carry more than the average number of people and who enjoy an active lifestyle may find it fits the bill nicely.

Dodge Journey is now on sale and has a recommended price starting at a pretty reasonable $38,500.

You may also like to consider the Fiat Freemont. A close cousin to the Dodge Journey it has styling changes that give it a more Italian flair. (Chrysler / Dodge is controlled by Fiat these days after getting into serious financial difficulties during the GFC.)