CUE TO A NEW SUV DIRECTION WITH AUDI Q2 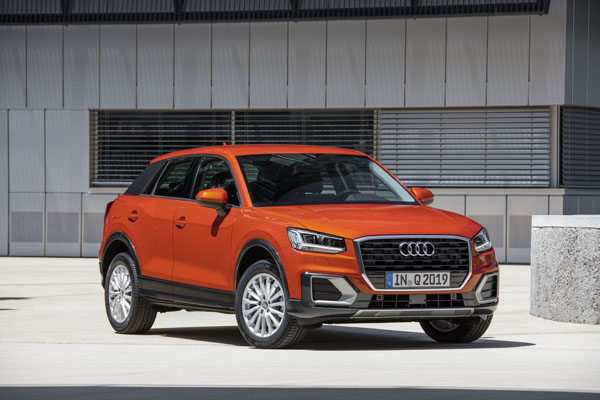 By EWAN KENNEDY in Zurich, Switzerland
Audi Q2 takes a fascinating new direction in upmarket SUVs. Taking cues from the Audi A1 hatchback the upcoming new Q2 offers buyers a staggering choice of customisation options. Indeed, it’s mathematically possible for five million people to buy a Q2 without having one that’s identical to any other.

It all begins with a palette of 12 body colours. The door mirrors can either match of complement the rest of the body. The grilles also offers colour choices and can have a contrasting shade in the surround. The lower edges of the bumper can be chosen in alternative colours.

As the Q2 is an SUV the wheel arches and the sill trims that act as body protection are available in several versions depending on the Audi Line chosen.

Perhaps the most interesting of all customisation choices is the extended C-pillar design that Audi stylists have called the ‘C-Blade’. That title chosen as the C-Blade can be considered a cousin of the side Blades that are such a feature of the Audi R8 supercar.

The Q2’s C-Blades can be ordered in a variety of finishes and colours. Even better, they can be removed and replaced with new ones so quickly and easily that some owners may choose to keep a couple in their garage and swap them to match different occasions.

Inside, the Audi’s trim is offered in several styles and materials; leather, Alcantara and cloth all come into play depending on the Audi Line you select. A two-colour instrument panel looks great, with the lower zone is colour-coordinated with the seat upholstery. The upper and lower areas of the dash are separated by inlays. The centre console and knee pad colours are to buyers’ choices. 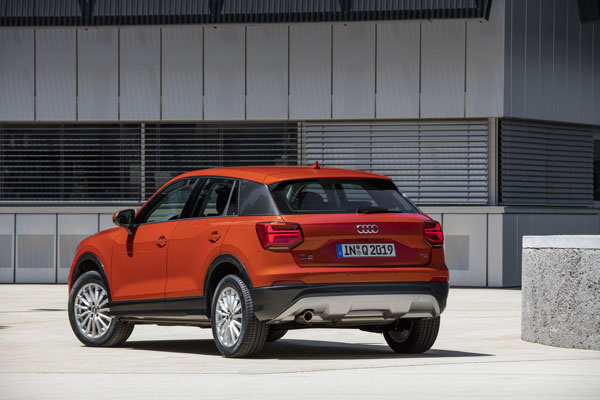 Seats can be in single or two-tone and have different trim designs and choices of stitching.

Audi is becoming increasingly sports focussed in the minds of Australians so the local branch has chosen to specify the sports steering wheel to all Q2s heading downunder.

Brushed aluminium is available as an option for all Audi Q2 Lines, being standard on the S line sport package.

The Audi MMI system is neatly integrated into the car, with a 7.0-inch tablet-type fixed screen sitting above the centre of the dash area.

Audi’s out-there customisation program is aimed at pulling younger people into the showrooms, single, couples and those with young children looking for more than mere transport in their family car. 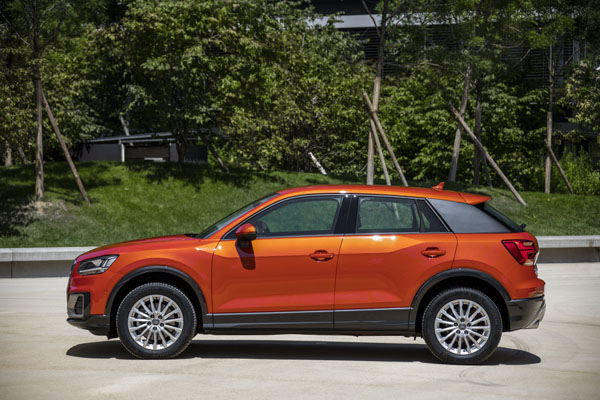 Interestingly, there’s also likely to be a strong takeup from the older generation; those who played an active part in the sex, drugs and rock n’ roll times of the 1960 and ‘70s. After all, in their crazy youth they bought cars painted purple, lime-green, orange, yellow – and more. Colour palettes back then were far more exciting than the 500 shades of grey we see haunting car showrooms today. Hopefully the Audi Q2 will change that.

The profile of the Q2’s roofline as it slopes down at the rear is unashamedly like that of the Range Rover Evoque, currently the king of the small upmarket SUVs on offer. Audi appears keen on dethroning it…

Also in Audi’s sights is the Mini Countryman SUV. It’s in a class down in the image stakes and price, but is also very much a fashion statement. 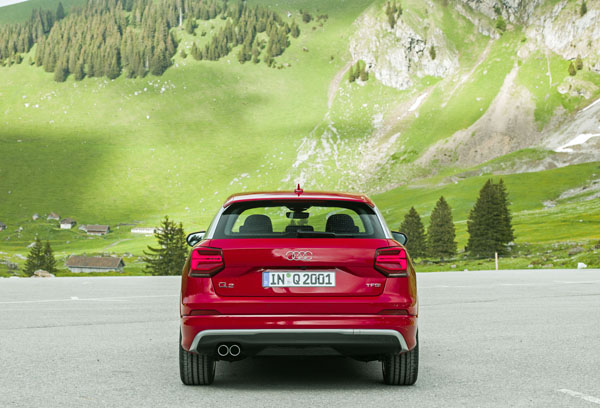 Prices are yet to be set but Audi suggests they will start at around $40,000 although Q2 may persuade buyers to find the extra cash and move up from the topline models in the BMW Mini Countryman range.

We find the grille of the Q2 less interesting than that of others in the latest Audi range. It’s rather more squared off than them and doesn’t have the sharp angles we really like. But, “beauty is in the eye of the beholder,” so wait until you see the Q2 for yourself early next year.

As I pen these lines about the mind boggling range of Audi Q2 personalisation I’m about to walk out of the Audi media display area in the Swiss mountains outside Zurich and take a couple of the new SUVs for test drives. Stay tuned for our reviews.

The exact specifications and release dates for Australia have yet to be finalised; all that Audi tells us at this time is that the schedule for Q2 is Q1, 2017.