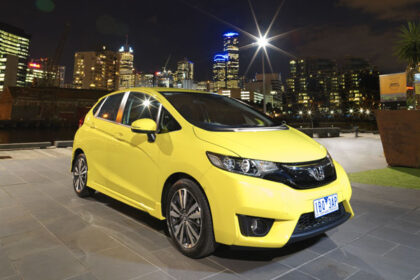 Japanese maker Honda sells its Accord in Australia in two different market segments. The smaller one, called Accord Euro as it leans in the European direction in handling, has a good reputation amongst those who enjoy driving and like the mix of Japanese build quality and European dynamics. The other variant, simply called the Honda Accord, is larger, American-based and leans in the direction of passenger comfort rather than sporty handling. In its latest form, released midway through 2013, it’s almost Commodore and Falcon in size. Australia is the only… Read more 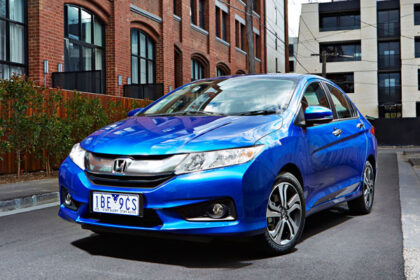 Honda has launched the second generation of its City light sedan with a range of new features including continuously variable transmission (CVT), a more fuel-efficient engine and a smartphone-based infotainment system; all in a larger but sleeker body and with a sub-$16,000 starting price. Slotting into the space between the Jazz and Civic hatches and acting as a sedan option for both, City has never been a particularly big seller since arriving here in 2009. A $20,000 price tag for that first model certainly didn’t help and $4000 was eventually… Read more

After giving its mid-sized SUV competitors a free kick by not offering either two-wheel drive or diesel power the Honda CR-V is now back in the thick of things with its fourth-generation model providing both options, albeit not together. While Australian car buyers continue to resist diesel engines in their passenger cars they do love it in their big workhorse utes and wagons but haven’t quite decided on their preference regarding compact SUVs. So it makes sense to give potential buyers the choice between petrol and diesel. ENGINES / TRANSMISSIONS… Read more 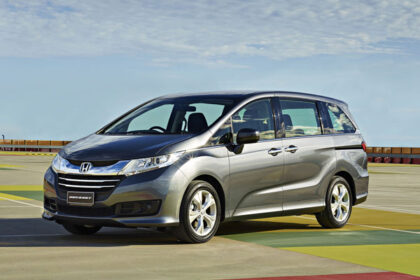 Honda has made a major change of direction in its fifth generation Odyssey people mover. Previously it has followed passenger-car, station-wagon lines, making it easy to drive and park and – dare I say it? – more popular with female drivers. Odyssey now has an extra 150 mm in height to give it a more spacious interior. Odyssey competes with the likes of Kia Carnival and Toyota Tarago in the people mover field. It almost impinges on the van-based VW Transporter, Mercedes Vito and Hyundai iMax. The Australian importer makes… Read more 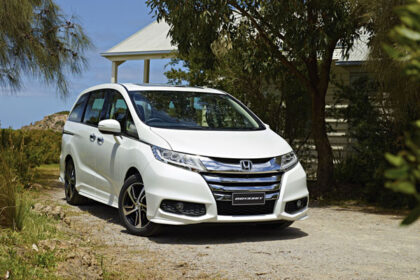 Honda has launched the fifth generation version of its popular Odyssey people mover with a taller body, extra interior space and, for the first time, the option of eight seats. STYLING One of the major players in the people mover class, Honda Odyssey took a different styling path from its competitors by adopting a much lower, almost station wagon, appearance in contrast to its taller, boxier rivals. Now with an extra 150 mm in height and a much bolder grille it has taken on a semi-SUV style – a smart… Read more 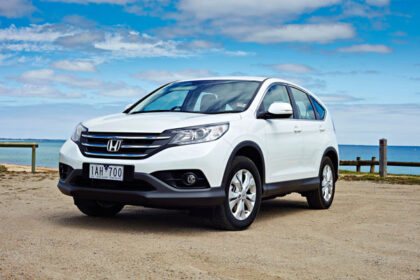 For the first time, the Honda CR-V is available with a diesel engine, something that has been too-long coming as quite a few competitors have had these economy engines for years. The fourth generation CR-V, released here in 2012, also saw the sensible and very-marketable addition of a two-wheel drive option although this is not available with the CR-V diesel. MODELS Two CR-V Diesel variants are offered, tagged DTi-S and DTi-L. Both models have keyless entry with the DTi-S getting a conventional key start and the DTi-S a smart key… Read more

Honda Accord has come a long way since it first arrived in Australia as a 1.6-litre three-door hatchback in 1977. The ninth-generation model, launched midway through this year, is a four-door sedan that’s around 20 per cent larger than that first model and comes with the option of 2.4-litre four-cylinder or 3.5-litre V6 engines. As well as growing in size over the years Accord has also grown in quality and is now bordering on luxury status but, despite a fairly significant hike in the price of the new model, without… Read more

Some cars just cry out to be re-tested periodically, either because they have become benchmarks, or earned an important place in history or possibly both. The Honda CR-Z coupe falls into both categories. Until the launch of the all-new Honda CR-Z, which the Japanese company has billed as ‘the world’s first hybrid sports coupe’, the only reason to buy a petrol-electric hybrid was to minimise emissions and fuel use. Honda CR-Z immediately changed people’s thinking on hybrids and was such a revelation that it even took out the Wheels’ magazine… Read more

There’s no surer way of really getting to know a vehicle than by spending long hours behind its wheel over an extended period. So when Honda Australia offered us a CR-V for two months rather than the usual rushed week we grabbed the opportunity. Little did the lady at Honda know that we were planning to move house during that two month period and that her beloved CR-V would become a miniature truck, indeed we soon referred to it as our ‘mini workhorse’. It wasn’t used as a full-on removalist… Read more