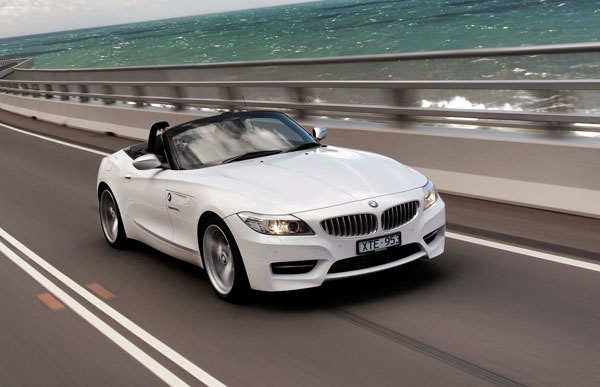 BMW Z4 and its predecessor the Z3 are genuine sportscars not simply convertibles, meaning they have a long bonnet and the occupants sit close to the rear wheels. The Z4 first reached us Downunder in 2004, but in this used car checkout we will begin with the introduction of the second generation from September 2009.

While it continued the same theme as the original the 2009 model was tamed slightly. Certainly not to the point of being subdued, but to be easier to live with on a daily basis. Previously it sold to drivers willing to accept a harsh ride and ultra-fast steering in return for brilliant handling, and unwilling to accept any compromises whist achieving this.

However, the gen-two Z4 has even better road grip than before, as well as steering that all-but reads the driver’s mind. Point it at the right road, give it a bootfull and your grin will arrive within minutes. Some nervousness still exists, particularly on irregular surfaces where it is bumpy, but it isn’t overdone.

The styling of the second generation BMW Z4 is instantly recognisable, with the same long bonnet, truncated tail and ‘flame’ side surfaces in the sides we know and love.

This time around the Z4 used a folding hardtop which, when the roof is up, looks like a fixed-head coupe.

BMW Z4s began with a 2.5 or 3.0-litre straight sixes until the company started to get into the small-capacity turbo-petrol engines. Some sixes remained alongside the turbo-petrol fours until 2012, when they were replaced by big-boost turbo fours. 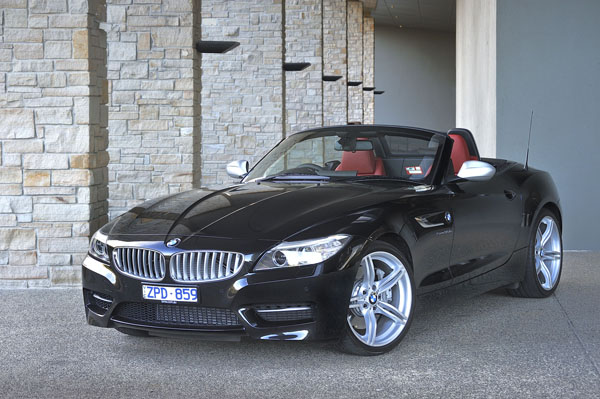 A very special model is the Z4 35i. Sadly, this was the last of the famed twin-turbo 3.0-litre straight-six units. It’s likely to become a classic and may increase significantly in value. No promises, though…

The BMW dealer network is well established in Australia and is known for its high quality of technical training. This high-tech diagnoses and servicing is just one reason it makes a lot of sense to buy a used Z3 or Z4 that has always been serviced by an official BMW dealer.

Spare parts aren’t outrageously expensive for a car in this class, but may prove to be a factor in your decision as to whether to buy an older Z4 rather than a cheaper convertible from a lower-cost maker.

Insurance may be expensive if the driver is young and/or inexperienced. Surprisingly there is seldom a big increase in premiums for the high-performance models.

A new BMW Z4 was introduced in April 2019 and won’t be covered in this used car review. 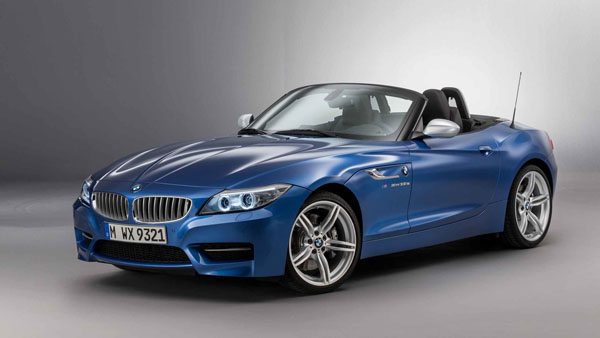 WHAT TO LOOK FOR
Carry out your own pre-purchase inspection to the best of your ability.

Once it has passed your tests call your BMW dealer, or at least a qualified mechanic with knowledge of the marque. Technicians connect the Z4 to a large computer in Germany which not only advises on current problems but also on intermittent troubles not currently present. That’s clever…

Lift the carpets for signs of dampness or even corrosion if the car has been caught out in the rain and left wet for far too long.

Power the top up and down and make sure it’s smooth and quiet in operation. Also examine it for any sign of damage in the mechanism, if it has an oily feel it may have just been given a squirt with some sort of lubricant to prepare it for sale.

Previous crash repairs may be signalled by paint overspray, panels with a slight waviness in their finish and for colours that don’t match exactly from one panel to the next. Also look for tiny spots of paint overspray on non painted areas.

Make sure the engine starts virtually instantly, idles smoothly within a second or so of startup and pulls without hesitation even when completely cold.

CAR BUYING TIP
A quick way of checking that any car has been cornered hard is to run your fingers across the tyres’ treads. A feathered feel is bad news. A smooth one is either good news, or a sign the tyres have just been replaced…