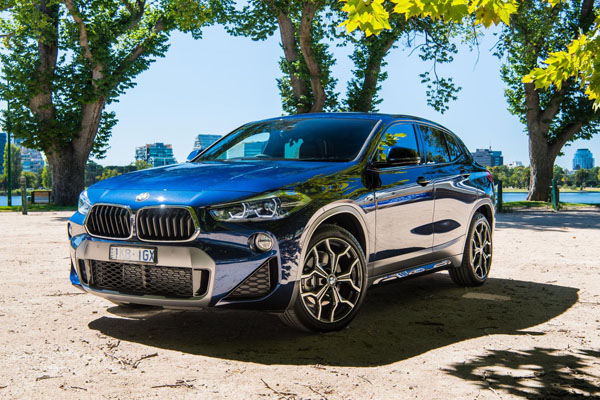 The all-new BMW X2 Sports Activity Coupe (SAC) is based on the BMW X1’s platform. The SAC tag indicates that it’s not really an SUV with all that suggests in the way of off-road action. Indeed it would be good to see others follow the German marque’s use of SAC as more and more vehicles with that title are really only tall hatchbacks or, in this case, five-door coupes.

Styling is the biggest feature of any coupe and the boys and girls at BMW have taken bold moves with the shape of the X2. For the first time the bottom section of the iconic BMW ‘kidney grille’ is wider than the top – probably signalling a new generation of the grille. Large cutouts for the lights and interesting shapes on the bonnet work well and give the feeling of sportiness.

Another styling feature is the return of the C-pillar BMW roundel, made most famous by the legendary E9 Coupe that debuted in 1968. Will we see that on future BMWs?

The latest BMW iDrive6 infotainment system has a rather small 6.5-inch touchscreen as standard, a much better 8.8-inch screen is optional – and we feel it’s likely to receive a tick from most buyers. 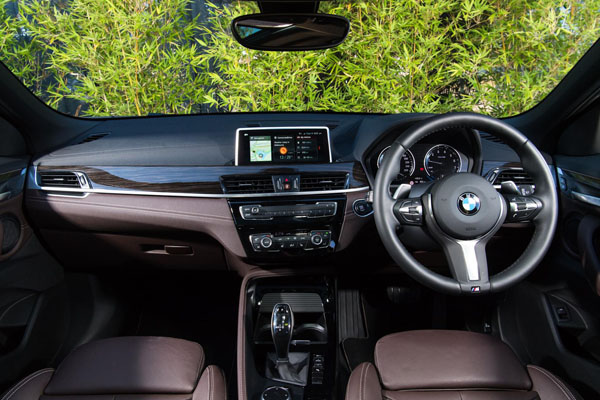 BMW Connected+ is standard on the BMW X2 and amongst other features it provides planning routes including, if required, the non-vehicle portion of the route. Appointments on your smartphone can be directly sent to the car’s iDrive.

The M Sport X package is fitted as standard on Australian imports. It features contrasting lower exterior cladding and horizontal sections of the front bumper in Frozen Grey, and a rear spoiler. It has sports seats as well as sports suspension and rides on Orbit Grey 19-inch alloys.

The BMW X2 2.0-litre turbo-petrol engine generates 141 kW of power and 280 Nm of torque. It’s mated to a seven-speed dual-clutch transmission that drives the front wheels.

Initially only the front-wheel drive BMW X2 sDrive20i, priced at $55,900 plus on-road charges is being offered in this country. In June an sDrive18i with front-wheel drive will be launched, as will an all-wheel-drive turbo-diesel. The prices and specs of these are yet to be made public, but we anticipate the 18i will be under $50,000, perhaps significantly so, and the diesel well into the $60,000s.

DRIVING
BMW took us on an interesting drive program out of Canberra that featured the sort of weekend day that the typical sports coupe owners might undertake. Starting with a smashed avocado breakfast, then touring quiet country roads, having a less-than-healthy burger lunch, then a trip back home – or in our case to the airport then home.

The BMW coupe is large enough to take four adults, though there needs to be some sharing of leg space if those in the front seats are tall. Fair enough – it is a coupe. Having back doors means there’s none of the usual squeezing into the back via the front doors. 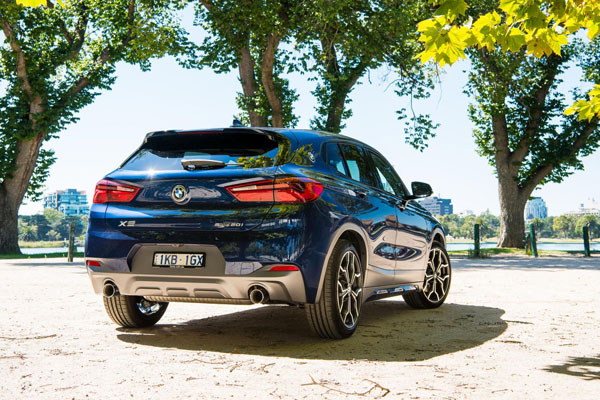 Boot space, though marginally smaller than that of the squared-off BMW X1, is very good, certainly much better than in your typical low-slung coupe.

The turbo-petrol engine provides plenty of grunt and there’s not too much lag before the turbo really gets up and spinning provide top torque.

Road grip is very good and the X2 handles bends with nary a shrug. Obviously a BMW 3 Series, perhaps a station wagon, would handle even better thanks to its lower centre of gravity, but the X2 is sure to meet the needs of all but the full-on driving fanatics.

However, the steering is rather sharper than I like and somehow the ‘BMW feeling’ I’ve loved for many decades of testing isn’t quite there. Perhaps more time behind the wheel when we borrow an X2 for a week in our home area on the Gold Coast will change my opinion. Stay tuned.

SUMMING UP
New BMW X2 is likely to sell on style alone, but there’s plenty more under these shapely curves. And the shapely curves can be emphasised even more by choosing one from the bright-colour palette offered.

PACKAGES
BMW Australia has created packages based on collecting together items chosen individually. This helps to trim prices significantly compared with what you would pay had you ordered items individually.
(Note that you can still opt for individual items, speak to your dealer.)