BMW i3 WITH ADDED GRUNT 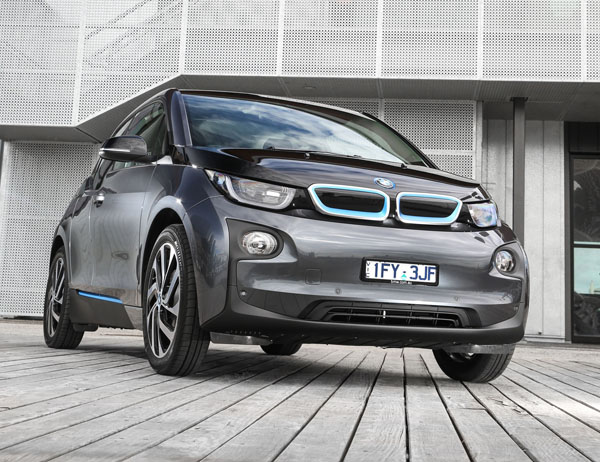 BMW has introduced a second-generation drive system to its all-electric i3, giving it about 50 per cent greater range, as well as increased performance.

The batteries now have 94Ah (Amp hours), the original 2014 model i3 had 60Ah. The BMW i division and technology partner Samsung SDI have managed to gain the substantial battery capacity improvement without any increase in the exterior dimensions.

We’ve just experienced a most enjoyable week in this ‘car of the future’, covering mainly suburban use with occasional runs on motorways to test the little electric Bimmer in what we consider normal motoring.

STYLING
Full marks to BMW to throw away existing small-car ideas and start with a fresh computer screen. Cute and very different was the opinion of all those who viewed it, inside and out.

POWERTRAIN
The high-voltage lithium-ion battery consists of eight modules with twelve storage cells located within each module. Cooled via the air-conditioning’s coolant system, the cell-internal packages have been optimised with increased electrolytes. Gross battery energy increases to 33kWh, of which 27kWh can be effectively used. The i3’s 60Ah capacity produces 22kWh gross with 19kWh of useable energy. 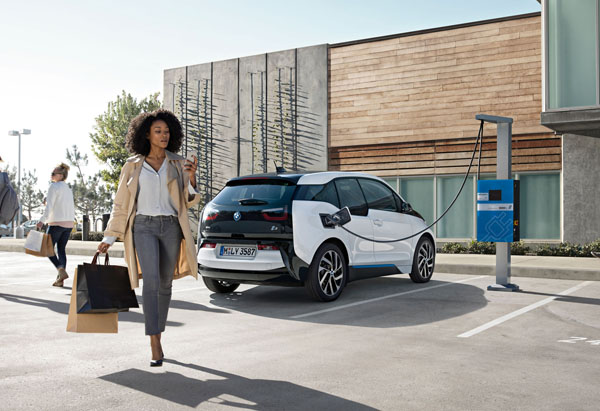 The BMW i3 94Ah’s eDrive synchronous electric motor generates 125kW of power and 250Nm of torque.

There’s the option of range extender engine, a small twin-cylinder petrol unit that never powers the i3 directly but only maintains the battery charge at its current level, it doesn’t increase the amount of energy in the batteries, simply adds to the overall range of the vehicle.

As in most electric cars there’s no gearbox as such. All ‘gearing’ is done by the speed of the motor.

The biggest plus of electric and hybrid vehicles is that energy is put back into the batteries when slowing down or descending a hill.

CHARGING
There are a number of charging options, varying in time from about 12 hours for a full charge through a standard domestic 10-amp power point; eight hours using a BMW i Wallbox accessory (approximately $1750 plus installation); and down to just 30 minutes at a DC fast charging station. The latter are sill a rarity in Australia, until we see many more full-electric cars on the road.

DRIVING
Most of our driving was done in Eco Pro mode. Unlike our previous i3 60Ah testing a couple of years back where we found this mode was too sluggish for our tastes, the 94Ah has plenty of grunt.

Around town 190 to 225 kilometres was possible in the Eco Pro mode. That’s more than enough for normal suburban daily use.

Motorway driving, again in Eco Pro mode, gave an electric-only range of about 160 km. Enough to get from Gold Coast to Brisbane with plenty to spare for example. The shorter range is due not to the higher speeds, but also because constant speed running means there’s little or no energy regeneration.

Eco Pro+ mode, meaning no air-conditioning, was tested only briefly in the hot and humid Gold Coast summer weather at home. It knocks a fair bit off the performance, but offers significantly extra range. We might try to borrow an i3 again in winter and report on that.

The default mode is Comfort. This reduces range by about 15 to 20 per cent, adds even more grunt, doesn’t limit speed and gives the air conditioning more power. We were happy to miss out on this and go with the planet-saving Eco Pro mode.

Interestingly, the 94Ah soothed our range anxiety to the extent that it barely existed and we left the i3 without the charger connected for days at a time. In previous tests we rushed to plug in the charger after every trip.

Performance is terrific, with the instant off-the-line reaction we love in all electric cars. There’s near silence from the rear mounted electric motor and the little petrol charging engine is barely audible when it spins away at its fixed speed.

The BMW i3 can be a ‘one-pedal’ car with a little bit of foresight in driving. That is, you use the pedal on the right to increase and decrease speed. We were able to accomplish trips of 20 to 30 kilometres around town without using the brakes. Not only putting energy back into the car, but also creating absolutely no brake dust.

Ride comfort is generally good, if a bit firmer than average. Big bumps and dips can cause the suspension to crash at times.

Road grip though the tall thin tyres is likely to be enough for most drivers. But the steering is on the dead side, something that BMW will have to sort out to retain its ‘ultimate driving machine’ marketing tag.

There’s good head and legroom for four adults, the interior width is most impressive due to the boxy body shape. BMW has to be praised for this, as it makes its i3 a genuine day-to-day ‘normal’ car.

The rear-hinged back doors can’t be opened till the fronts are open. Once open there’s excellent access to the back seats. However, if there’s a car parked next to yours in a carpark opening both doors at the same time means the doors tend to block you in. Sad to say about this futuristic little car, but four conventional doors would make more sense.

You sit high, virtually at small crossover SUV height so the view out is better than in sedan or hatch.

At 260 litres the boot is a reasonable size. With the seatbacks down the capacity goes up to 1100 litres. Illogically to our way of thinking if you choose an i3 without the range extender you don’t get a bigger boot, presumably the spot not occupied by the petrol engine and its fuel tank just sits there vacant. As well as the rear boot, there’s also a 35-litre boot under the front ‘bonnet’.

SUMMING UP
The battery-only BMW i3 90Ah electric car is priced at $65,900 with the range-extender adding $6000. Given the significantly increased range we wouldn’t be surprised if many buyers opt for the battery only model. Less money, more performance, longer range – a no brainer if you don’t plan long country trips.

The battery pack is designed to last for the life of the car and is covered by an eight-year or 100,000km battery warranty.