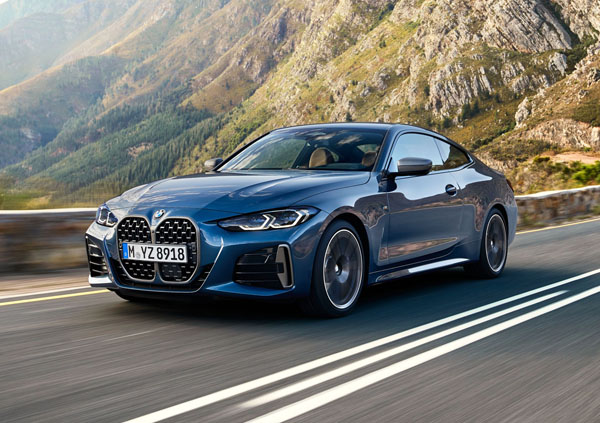 BMW Australia will introduce the all-new BMW 4 Series Coupé to our market in October.

Style-wise it reprises a design feature from the company’s past with models such as the BMW 328 and BMW 3.0 CSi. A huge kidney grille angles forwards and extends down almost to the lower edge of the front apron. A horizontal mesh structure, similar to what has appeared on other recent BMW M series models, features within the kidney grille.

It’s a large coupe; length has increased by 128 millimetres to 4768mm, width by 27mm to 1852mm and the wheelbase by 41mm to 2851mm compared with the previous generation model.

The rear seats are set up to accommodate two passengers in style that echos the front pews.

Engines have enhanced BMW TwinPower turbo technology will be available to Australian buyers. These include two four cylinder engines for the 420i and 430i, delivering 135kW / 300Nm and 190kW / 400Nm respectively. And a straight-six for the M440i xDrive that develops 285kW /500 Nm. 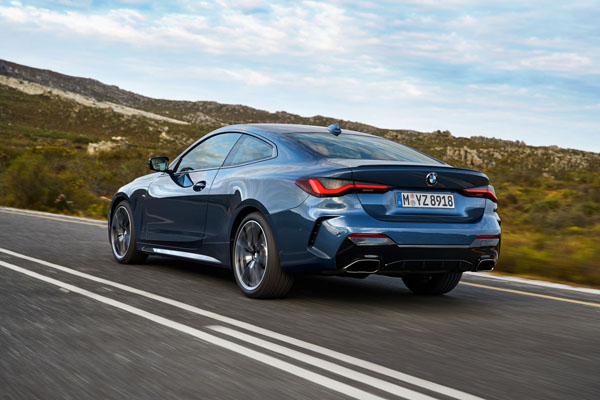 A fast-shifting eight-speed Steptronic Sport transmission sits behind the engines and can be controlled by steering wheel-mounted shift paddles.

The BMW Intelligent Personal Assistant with added functions is standard in the new BMW 4 Series Coupé.

BMW Live Cockpit Professional features a fully digital screen grouping comprising a digital instrument cluster behind the steering wheel with a screen diagonal of 12.3 inches and a 10.25-inch control display.

In addition to Apple CarPlay, the operating system for the new BMW 4 Series Coupé now also works with Android Auto.

The all-new BMW 4 Series Coupé in 420i, 430i and M440i xDrive variants will go on sale in Australia this October with pricing and specification details to be announced prior to launch. We will keep in touch with BMW Australia and bring you these details as soon as we receive them.