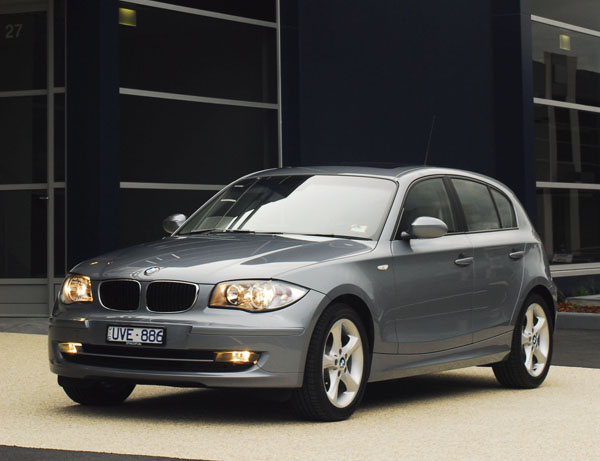 The smallest vehicle in the BMW car range, the 1 Series uses sporty engines driving the rear wheels. Like everything else produced by the German auto maker it’s aimed at those who enjoy driving, rather than people who treat it as a chore.

However rear-drive inevitably steals cabin and boot space, something that’s more noticeable in the 1 Series than the larger models in the range. It’s probably better to regard a 1 Series as a two-plus-two rather than a full four seater. There’s good legroom in the front seats, but foot-width is restricted by the large gearbox housing. The back seats are fine for kids, but if you carry adults back there may have to be some juggling with front seat placement. The second generation 1 Series, launched in January 2011 is slightly larger than the original.

When introduced to Australia in October 2004 the BMW 1 Series came only as a five-door hatch. The tail treatment is almost wagon-like to add to boot volume. A two-door coupe and a soft-top convertible were introduced in May 2008. There was a major upgrade of the car in October 2011, with changes to styling inside and out, as well as new or heavily revised powertrains. A further refresh in January 2015 saw a facelift and tail-tuck, with interior revisions.

(In 2014 BMW renamed the sporty-ish looking 1 Series models the 2 Series. However, not all 2 Series are revised 1 Series as some of them share their underpinnings from the BMW Mini. Confused? That’s not surprising …) 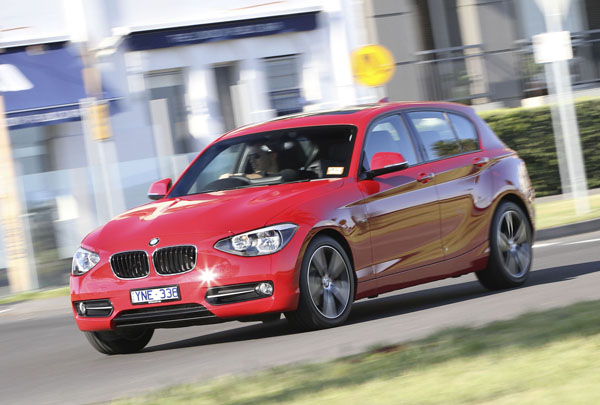 BMW 1 Series comes with a staggering choice of powerplants. There are three, four and six cylinder units ranging in capacity from 1.5 to 3.0 litres. Since the major makeover of the 1 Series range in January 2011 all have been turbocharged.

The twin-turbo petrol engine in the 135i is a superb unit, close to the BMW M3 in its performance.

BMW 1 Series M Coupe has even more power from its twin-turbo six than the standard turbo-petrol models, provides stunning acceleration.

Turbo-diesel engines became part of the BMW 1 Series lineup from May 2006. Though they provide excellent torque these earlier diesels missed out on the virtually instantaneous response provided by non-turbo petrol powerplants so some aren’t keen on them. Try before you buy. From the 2011 models the turbo-diesels are noticeably better.

Manual gearboxes are five or six-speed units, with the six-speed being by far the more common. Unless you’re stuck with heavy-duty commuting may we suggest going for the driving pleasure of the manual? BMW manuals are a joy to use, with slick changes through the well-chosen ratios. This is another benefit of the use or rear-wheel drive as the gearbox is close to the gearlever.

There was a six-speed automatic until the significant model upgrade of the 1 Series in October 2011 when an eight-speed auto was introduced in most models, though some diesels were still fitted with the old six-speeder.

BMW is long established in Australia and there are dealers in all metropolitan areas and in major country centres. In remote areas you may have trouble finding a dealer or a mechanic. 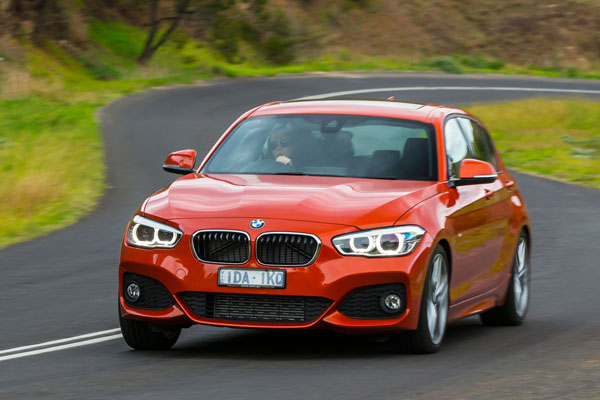 Ideally a BMW should be serviced and repaired by authorised dealer as these are complex machines with many electronic components. The dealer will connect the car to a computer located in Germany to get the diagnosis, as well as the latest information on any updates.

A 1 Series with a written service record will generally fetch a higher price on the used market. It’s smart to keep up this record once you have bought a used Bimmer.

There are quite a few mechanics with formal BMW training but now working as independent specialists.

Insurance charges are high for a small car – but not too bad when you consider the complexity and the quality materials used in the BMW.

BMW has announced just announced that a refreshed 1 Series will be launched in Europe in July. Expect it in Australia towards the end of the year. Often when a new model is launched dealers are flooded with trade-ins and may have to sell them off at lower than usual prices to to stop their yards being crowded. No promises, though.

WHAT TO LOOK FOR
Hard driving can result in a big buildup of brake dust on the wheels. Smart sellers will clean this, not so bright ones may forget to get rid of the dust inside the backs of the wheels.

Uneven front tyre wear is another sign of hard driving, as are signs of wear part way down the sides of the tyres. The latter may even be caused by track work.

Signs of crash repairs such as mismatched paint, paint overspray and ripples in the panels could mean the little Bimmer’s come into contact with something nasty.

The engine should start within moments. Preferably arrange to do this with the engine cold after an overnight stop.

During your test drive feel for any hesitation under acceleration and look for oily smoke from the exhaust when the engine is worked hard.

Make sure manual gearchanges are quiet and slick. Fast changes from third to second gears are usually the first to show problems.

Automatic changes should be all but unnoticed unless you’re driving pretty hard. Check the manual override systems work correctly.

CAR BUYING TIP
Cars aimed at sporty drivers may get driven harder than usual. Then again, many are only ever owned by those who want to look like sporty drivers …