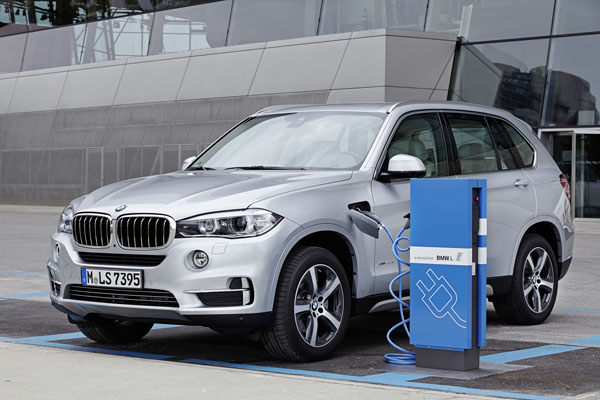 BMW already has the cleanest range of cars in Australia when measured on grams of CO2 produced per kilometre travelled. Far from being content with this, the German marque has just introduced a petrol-electric, plug-in hybrid model to the X5 range.

BMW X5 xDrive40e; the ‘e’ obviously indicates ‘electric’; the important part of the name, though, is the ’40’. Because the eDrive has similar performance to the ’40’ performance models in the BMW range; that is those with mid-sized V8 engines or turbocharged sixes.

STYLING
The BMW X5 has a larger kidney grille than ever before. The grille flows into the new headlight design and makes the front look broader all-in-one look. The air curtain vents behind the front wheelarches aren’t just there to look pretty; they create a curtain of air over the wheels and then exit via air breathers in the side panels.

Inside there’s a very purposeful, very BMW, cockpit area but the rest of the occupants do alright as well, with plenty of style and some excellent details to make the large SUV a pleasure in which to ride.

ENGINE / TRANSMISSION
The X5 xDrive40e has a four-cylinder, 2.0-litre, turbo-petrol engine in front of what BMW calls an ‘electric machine’; a combined electric motor, generator and starter motor. The powertrain combination produces up to 230 kW, with top torque of 450 Nm. An eight-speed automatic with manual overrides can handle this torque with ease as it sends power to all four wheels. 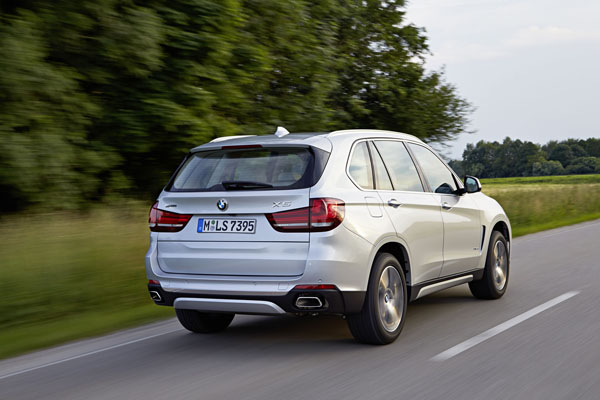 The lithium-ion battery package holds enough energy for about 25 to 30 kilometres when running on electricity alone. It can be charged from a normal 10-amp powerpoint, a full charge taking about five hours; a 16-amp BMW Wallbox that costs $1700 plus installation, or at public charging stations – there are currently about 260 of these in Australia, with more coming at a fairly rapid rate. Most of these charging stations provide free electricity.

A number of hybrid driving modes are on offer; ranging from full-on economy through mid-range to enthusiastic driving performance. Team these hybrid modes with the existing ones in the standard X5s and you have a range of combinations for geeks who love driving to contemplate.

INFOTAINMENT
The satellite navigation details are shown impressive sharpness on a dashboard-mounted wide screen together. Many functions can be operated through the famed BMW iDrive Touch controller. The controller is positioned rather inconveniently to the left of the gearshift on the centre console, a nod to the left-hand-drive origins of the X5. 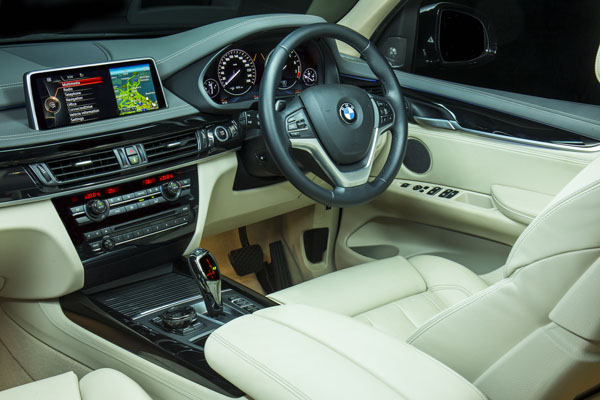 Should you still crash, X5 has six airbags and active front headrests as well as numerous body distortion areas to protect all occupants.

The X5 xDrive40e puts out a discreet sound when operating on electric power only at speeds of up to 30kmh to alert pedestrians of its presence.

DRIVING
The X5’s fronts seats are large and support well, the rear can take three adults with a reasonable amount of space between them. Legroom is pretty impressive. Boot space is good, though it’s quite high and isn’t always easy to load. The two-piece tailgate is much appreciated by those that want to watch polo or – more likely – keep an eye on the kids at soccer.

At first the name ‘iPerformance’ didn’t sit right with us as we expected the BMW to be an economy special – then we drove it. This most certainly is a performance vehicle, with the instant torque that we love in all electric or part-electric vehicles.

Very safe overtaking is an additional safety feature as the instant performance gets the big SUV up to speed pretty quickly. An acceleration figure from rest to 100 km/h of 6.8 seconds backs up that overtaking urge.

High levels of cornering grip also add to the performance package and there’s pretty good feel through the steering. But a vehicle of this type is really going to be a sports machine.

Combined fuel consumption is listed as 3.3 litres per 100km. However, this is misleading at the batteries begin the fuel-test cycle with a fuel charge. The lithium-ion battery package holds enough energy for about 25 to 30 kilometres when running on electricity alone.

Fuel consumption in real life driving sat in the five to six litres per hundred kilometres range when using a combination of petrol and electric power. However, when the battery was discharged flat this rose to seven to eight litres on petrol alone when driving on motorways. And 10 to 12 litres around town.

SUMMING UP
BMW already makes standard petrol and diesel vehicles as well as the ‘i’ models that are primarily electric focussed. The iPerformance models is headed by this delightful BMW X5 xDrive40e. An excellent load carrier with clean-green power it will please those who enjoy prestige motoring with a clear conscience. The X5 hybrid has now been joined by a 3 Series 300e hybrid sedan.