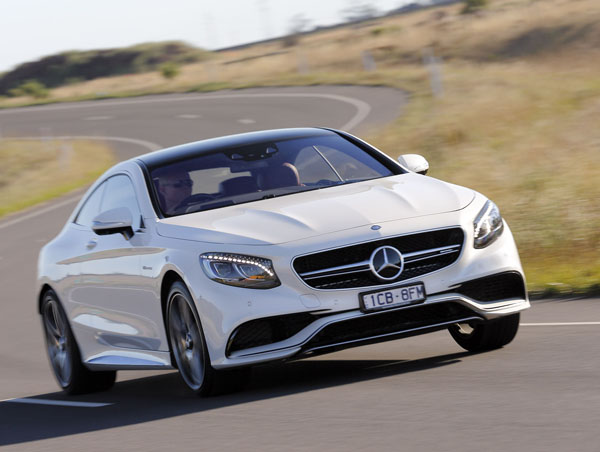 Two-door coupes, or their four-door counterparts, are becoming increasingly sought after by the automobile buying public. Coupes of all classes are popping up in a bid to satisfy the appetite of those looking for a sleek and sporty vehicle.

Mercedes-Benz has traditionally been a leader in this field at the luxury end, and with its new S-Class Coupe, continues to serve up attractive packages.

Origins of the Mercedes-Benz big coupes lie in the early 1950s when the company came up with the 300 S Coupe spruiked as ‘a car for the world’s elite’. A horde of descendants culminated in the SEC coupes, based on the S-Class of 1981, of which around 74,000 were sold.

The 1990s saw the arrival of the 12-cylinder S 600 Coupe which introduced Electronic Stability Programme to the automotive world. This coupe later was to become the CL-Class. 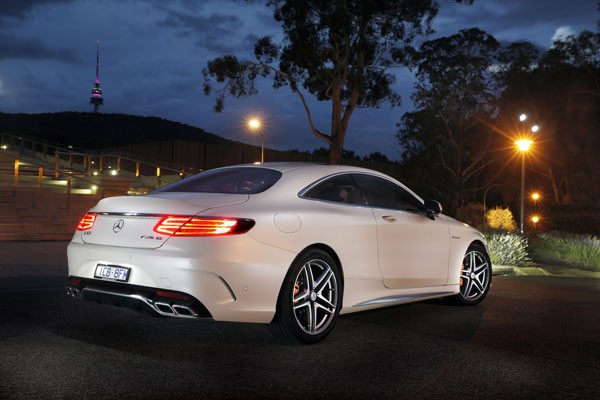 The new S-Class Coupe – consisting of the S 500, S 63 AMG and S 65 AMG – continues this leading-edge technological development with a dazzling array of innovations.

First to land in Australia is the S 63 AMG, recently wheeled out for media attention. The S 500 and S 65 AMG will follow midyear.

Driving through a seven-speed multi-clutch automatic transmission, the car races to 100 kilometres per hour in a mere 4.2 seconds and on to a top speed of 250 km/h, while using a claimed 10.2 litres of petrol per 100 kilometres on the combined urban / highway cycle.

The sense of power and performance is passed on to the driver and passengers by means of flaps in the exhaust system that open and shut tailoring the note, from laidback to full-on feral, according to the manner in which the vehicle is being driven.

Drivers can personalise the car’s performance, selecting one of three modes – ‘C’ for Controlled Efficiency, ‘S’ for Sport and ‘M’, Manual. 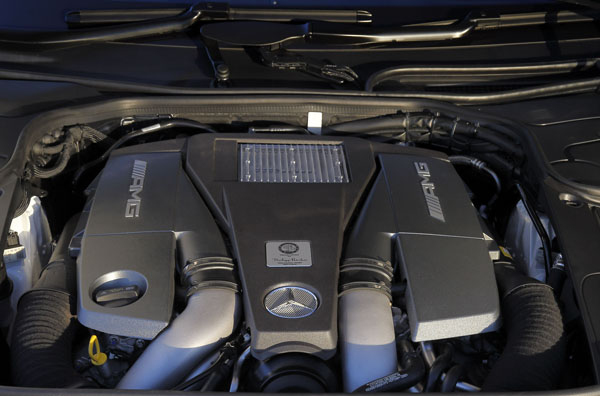 Smaller than the saloon in all dimensions but rear track, the S 63 AMG Coupe incorporates a world-first curve tilting function as part of Magic Body Control. This enables the car to lean into bends like a motorcyclist or skier. Lateral forces on occupants are reduced as in negotiating a steep curve and occupants sit more firmly. It works between 50 and 180 km/h.

On a launch drive over undulating, twisting terrain south of Sydney, the tilt function was hardly noticeable inside the car, but was quite discernible in an S 63 Coupe being followed through bends.

Magic Body Control also incorporates Road Surface Scan and Active Body Control, which combine to act on the suspension to take in tilt and road conditions ahead of the vehicle and provide optimum ride and handling.

The S 63 AMG Coupe, can be equipped with a ceramic high-performance composite brake system as an option. Stopping distances of the test vehicle were cut but the brakes tended to grab if the pedal was not treated with restraint. It would be a different matter on the racetrack.

As in the S-Class saloon, no end of attention has been paid to passenger safety, with a number of new technological aids such as PRE-SAFE detection, Distronic Plus with Steer Assist and Stop&Go Pilot, Brake Assist, BAS Plus with Cross-Traffic Assist, Active Lane Keeping Assist, Adaptive High-beam Assist Plus and Night View Assist Plus.

Also standard is Collision Prevention Assist Plus, which is brought into play when danger of collision persists and the driver doesn’t respond. It uses autonomous braking at speeds of up to 100 km/h, thereby reducing the severity of collisions with slower or stopping vehicles.

At speeds of up to 50 km/h the system also brakes in response to stationary vehicles, and is able to prevent rear-end collisions at up to around 40 km/h.

The S-Class Coupe features a panoramic roof, 150 per cent larger than on the previous model, which seamlessly joins with the windscreen. Magic Sky Control, an option, can switch the transparency of the roof at the push of a button. When light, the roof is almost completely transparent and allows an open-air experience, even in the coldest weather; when dark, light transmission into the interior, falls to less than one per cent and can reduce heating in the vehicle by up to 10 degrees. The interior can be completely shaded by a roller blind.

Also on the test vehicle was a launch-only Edition 1, in combination with the standard LED Intelligent Light System, unique headlamps with 47 Swarovski crystals are available for $5900. Seventeen angular crystals form the flared daytime running lamps, with 30 round-shaped crystals making up the turn indicators.

Serious wind tunnel testing has resulted in the S-Coupe Class passenger cabin being given insulation that makes it among the quietest around, just the place to enjoy one of the three high-end audio systems on offer.

All take advantage of an innovative Mercedes-Benz developed Frontbass system in which the woofers are mounted in the firewall and use the space within the cross-member and side member as a resonance chamber.

With no woofers in the doors, annoying vibrations are eliminated. Mid-range speakers in the doors are relocated upwards, improving sound clarity and leaving additional stowage space. Jackie Wilson never sounded so good; Higher and Higher, indeed!

Mercedes-Benz considers technology a major selling point for the new coupes and should prove attractive to owners wishing to downsize from a luxury saloon – with restricted leg room in the back, each coupe is primarily a 2+2 – to something more manageable, made from premium quality materials and having exhilarating performance.