AUDI A3 GETS MAJOR MAKEOVER

By EWAN KENNEDY in Munich 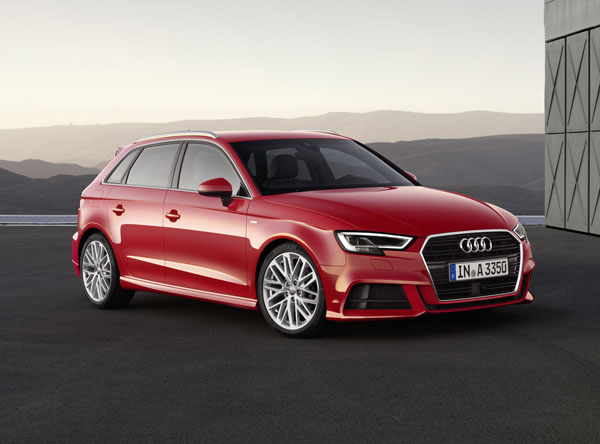 Audi A3 is the German marque’s biggest selling model and totally changed the face of upmarket cars when introduced almost 20 years ago. The A3 was a small car at a time when all upmarket models were large, medium-large – and expensive. What seemed to be a big gamble turned out to be a success and Audi A3 number one million will be built soon.

Having seen that success Audi’s topline German competitors later followed suit with their own small machines.

The latest A3 was launched in 2012 and has just received a major makeover for the 2017 season. A facelift and tail tuck brings it into line with others in the Audi range, with the much-lauded sharp lines and geometric angles looking neat and tidy.

Matrix headlights that provide maximum illumination for the drive, at the same time darkening to make life easy for other drivers, are optional on A3. We highly recommend them for those who do a lot of night driving.

Inside, there are changes to trim design and colour choices. The electronic ‘visual cockpit’ first seen in the Audi Q7 and later adopted in the A4 and sporty TT has now been introduced into the A3 range, but is an extra cost option. It gives a choice of instrument displays that can be varied according to driving conditions and driver’s wishes.

Audi’s MMI (Multi Media Information) system has been upgraded. It has a 7-inch screen with a clear resolution using 800 x 480 pixels. It’s controlled by a rotary push-button control. It has 10 GB flash memory, a DVD drive, Audi Connect services for three years as well as up to five free navigation updates (at six-month intervals). MMI Navigation Plus co-ordinates with many assistance and safety systems.

Audi has developed a very efficient three-cylinder 1.0-litre 85 kilowatt turbo-petrol engine that is currently used in the Audi A1, the smaller brother to the A3. It’s to be introduced in European cars but is yet to be finalised for Australia. If, or when, it does it will be a price leader, probably retailing in the low thirty thousands. 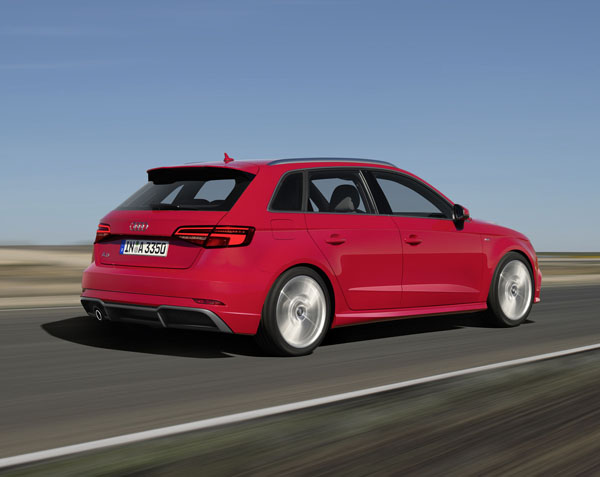 Audi buyers are keen on technology – the company’s motto Vorsprung durch Technik approximately translates into English as Advancement through Technology. As a result, the 1.4-litre four-cylinder engine with Cylinder on Demand (running on just two cylinders when minimum output is required to minimise pollution) was introduced. Previously it was imported in both CoD and non CoD format. Now only the ultra-clean 140 kilowatt unit is coming downunder.

A 2.0-litre petrol with 140 kW is also being imported, replacing the 1.8-litre currently in use.

Audi is continuing with its very economical petrol-electric hybrid, the A3 e-tron, and it too will soon be on ships heading to Australia.

In an interesting move turbo-diesel engines will no longer be imported to Australia in A3 format. Improvements in turbo-petrol engines have made them produce almost as much torque as their diesel cousins and are almost as economical. Importantly today’s petrols are quieter and cleaner than diesels. Those who really want a diesel can put in a special order for a 1.6-litre TDI through Audi Australia, but it seems likely there will be few, if any, takers.

Similarly, only automatic transmissions are coming our way, no manuals are to be offered.

Two-Wheel-Drive (the front wheels) or Audi’s quattro all-wheel-drive system will be offered, depending on which engine is installed. 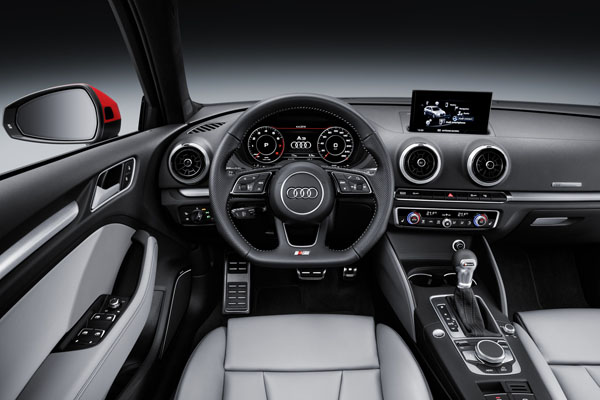 The latest Audi A3 is coming to Australia in the final quarter of this year, perhaps relatively late in that period. Final decisions on specification and pricing are yet to be finalised. Anna Burgdorf, Audi’s PR chief says it’s hoped that prices will be kept close to current levels, and that spec levels will be lifted.

A3 works in a highly competitive market segment and Audi makes no bones about the fact it wants to be the lead player, so standby for keen competition as the company tries to make conquest sales from the other big name German brands.

We have test driven a number of Audi A3 models at the global launch in Munich, Germany, but Audi has asked us to withhold driving impressions on the cars until May 23. This is to give journalists from many other countries who are coming in over the next week to have an equal footing on their reports. Stay tuned for our driving findings next week.