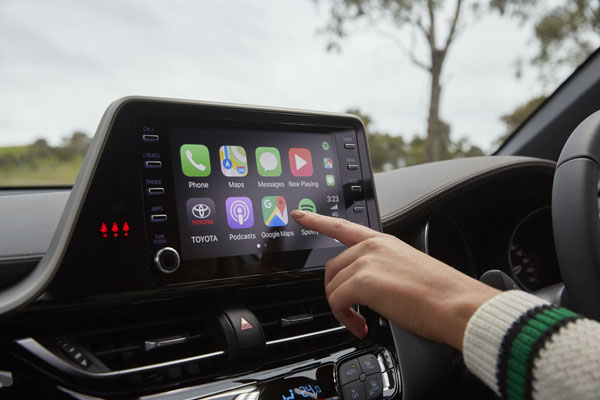 It has been a long time coming, but Toyota has finally made access through Apple CarPlay and Android Auto available on many of their vehicles.

Toyota has upgraded its multimedia systems in new model Prius, Corolla hatch, Camry, and the Granvia launched in October.

Existing owners of the all-new HiAce and RAV4 models will be able to upgrade their multimedia systems with Apple CarPlay and Android Auto free of charge from 1 November.

Owners of latest generation Camry, Corolla hatch, and recently upgraded Prius will also be able to upgrade their multimedia system with the new technology at their local Toyota dealership for $199 from 1 November as well.

Toyota’s upgraded multimedia system with Apple CarPlay and Android Auto will also be standard on the all-new Corolla sedan and upgraded C-HR that are due on sale in Australia before the end of the year.

Owners should contact their local Toyota dealer for information on their specific vehicle.