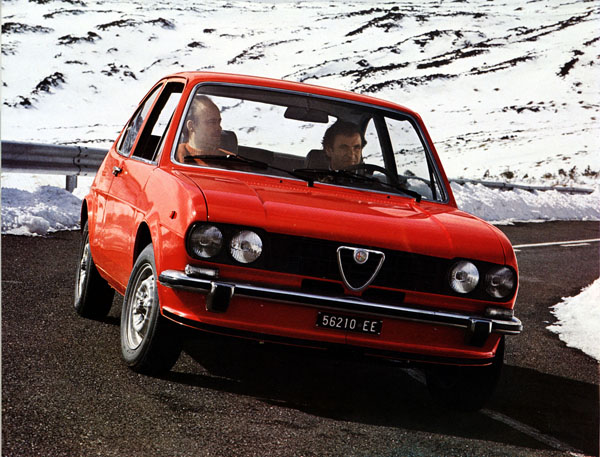 When the Alfasud 1.2ti was first introduced it was hailed as one of the world’s best and most popular small sedans. With the introduction of the bigger-engined and facelifted 1.5ti the car’s reputation went even higher. Externally the changes were not significant; a keen eye could spot the differences such as the change in styling of the rear spoiler, the addition of a front air dam and the black moulded wheel arch flares. The car was also slightly longer and slightly wider but the same wheelbase was maintained.

The 1.5-litre, twin cam, horizontally-opposed four-cylinder engine turned out 59 kW at 5800 rpm and a torque of 117 Nm at 3500 rpm. The European engine was somewhat better than this as it did not suffer performance loss due to emission control. The Alfasud was one of those rare cars which was fun to drive at any time, under any circumstances, whether it be on the highway, commuting to the office and back, running up to the shops or simply driving around the suburbs. You could drive it sedately, quietly changing through the gears and idling along in third, fourth or fifth around the city at low revs just moving with the pace of the traffic; or you could treat it in the manner for which it was designed and work the five-speed gearbox to its limit.

The gearbox in the Alfasud was firm and responsive allowing for easy gear selection whether travelling fast or slow. The pedal cluster was set up almost perfectly for fast heel and toe changes, another consideration of the car’s performance breeding. And yet the Sud would regularly return a very respectable 11.4 litres per 100km.

Despite its front wheel drive the Alfasud had incredible handling, helped no doubt by the Pirelli P3 radials which kept everything right where it should be – on the ground! Suspension up front was by Macpherson struts with helicoidal springs and anti-roll bar. The back too was the same with a rigid axle with Watts linkages on each side and a giant Panhard rod to prevent sideways movement.

The Alfasud earned the title of the world’s roomiest small car and certainly lived up to that reputation. Its inside dimensions as a full five-seater sedan were totally contradicted by its diminutive exterior. However, once inside you were amazed by the amount of room – there was no sensation of closeness – the headroom and clearance were superb and the rear seat legroom comparable to that of many much larger sedans.

Another surprise was the capacity of the boot. While the sloping fastback style tail of the car would indicate only a tiny boot, it was in fact, again, as big as that of many other larger cars. It was deep, wide and easily accessible as the entire rear panel lifted to reveal a floor level with the bottom of the bumper bar.