It’s taken a long time, but Australia has finally caught up with the Audi SQ2 pocket rocket
sports utility vehicle. With a worldwide shift to SUVs, after some years on sale in Europe,
Audi has taken the opportunity to launch a refreshed version of the performance compact
Down Under.

Audis with an ‘S’ prefix in the model designation are generally accepted to have something
special and the SQ2 is no exception. How does zero to a hundred kays in 4.9 seconds
sound?

It’s all down to a 2.0-litre TFSI petrol engine, mated with a seven-speed S tronic dual-
clutch transmission and the maker’s famed quattro all-wheel drive. Plus, sport suspension
and progressive steering to ensure performance is up to sporting scratch for a compact
SUV.

And what’s the price of this driving experience, as I did over an all-too-brief week with the
super-SUV. It’s $64,400 when you take in on-road costs.

Side on, the car maintains SUV status quo with square proportions from bonnet to boot,
the only concession to crossover coupe styling being a shallow dip of the roof approaching
the C-pillar.

Nothing can compare with the bling of the front, except maybe the red brake calipers
lurking behind five double-spoke V-style 19-inch alloy wheels and double twin chrome
exhaust tips poking from under the rear bumper. 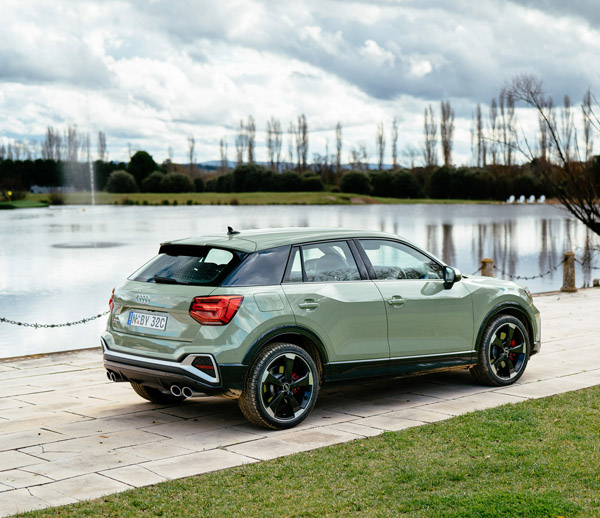 Power is put to ground through a seven-speed S tronic transmission and Audi’s quattro all-
wheel drive system. 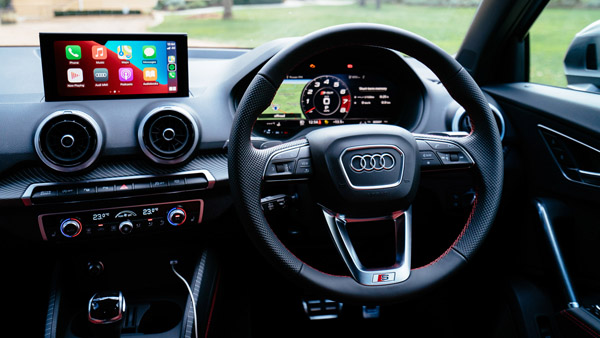 Also included are Pre-Sense City, with autonomous emergency braking and pedestrian
and cyclist detection. Also, on hand is Parking System Plus, front and rear, with rear view
camera and park assist.

The test vehicle, taking on conditions ranging from crawling through heavy city traffic to
motorway cruising and lung-busting acceleration on country twists and turns, performed up
to par. The engine growled menacingly only when pushed.

Audi Drive Select gave the driver a chance to match the car with his moods at the flick of a
switch on the dashboard and its connection to a centre-console knob.

Efficient mode dumbed down acceleration, while softening the ride to almost soporific
standards. Comfort and Automatic dialled up power, plus stiffer ride and handling, while
Dynamic sharpened the lot enough for a teeth-rattling ride on even slightly sub-par road
surfaces.

Individual mode defied deeper investigation due to the absence of a track with a clear run.
A head-up display was missing and noted.

Leg room in the rear was cramped with a tall driver in front. But the boxy exterior made for
ample head room in the cabin. Boot space is on the slim side (355 litres, with the floor at
its lowest) but there’s added convenience loading and unloading with a power tailgate,
whose opening can be programmed for height.

SUMMARY
Which motoring enthusiast would not be tempted by Audi’s devilish little compact SQ2?
The 60K-plus price tag may be a stumbling block for some, but you do get a lot of kit for
the price. And Audi has finally come to the party with a five-year warranty.

MODEL LINE-UP
Audi SQ2: $64,400
Note: These prices do not include government or dealer delivery charges. Contact your
local Audi dealer for drive-away prices.