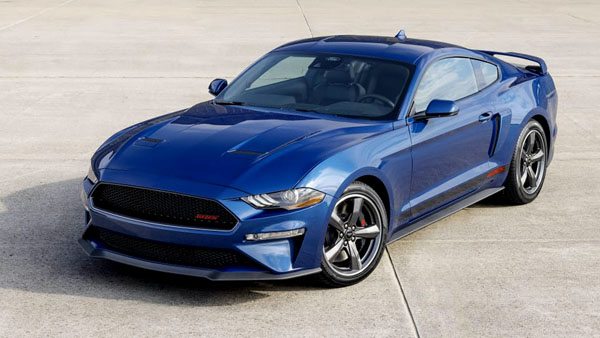 The heritage-inspired GT/CS side stripe trademark traces from the front guards to the
signature rear scoop. A California Special badge in Ebony Black and Race Red script
decorates the bootlid, while the honeycomb grille with GT/CS badge provides a unique
look. 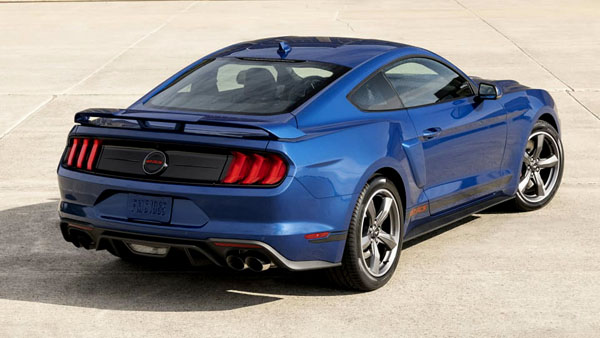 A performance rear wing is available for the fastback model, while spoiler delete is
standard for the California Special convertible. 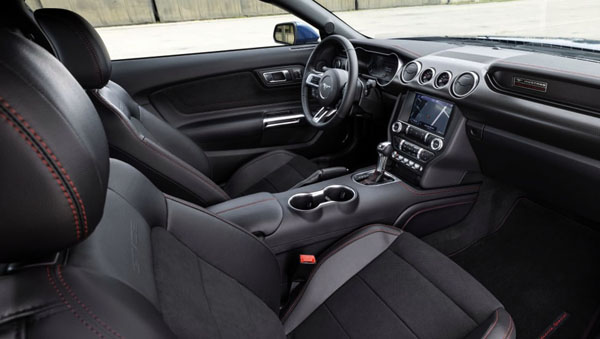 The instrument panel is finished in carbon hex aluminium with a signature California
Special script badge on the passenger side.