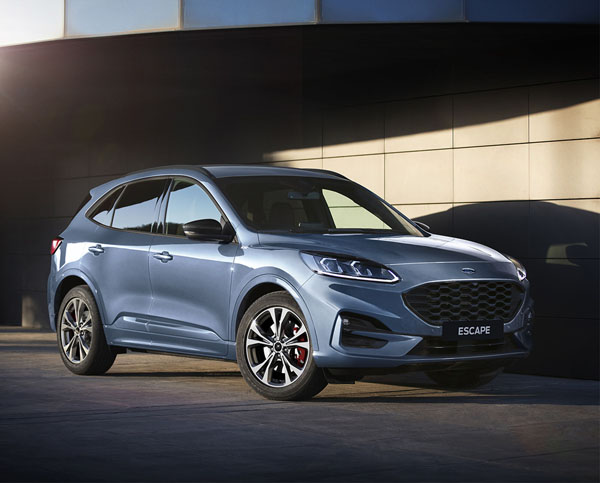 The 2020 Ford Escape range will arrive in Australian showrooms from Q3, 2020. Built on an all-new platform it’s larger than the outgoing model, being 44mm wider and 89mm longer with the wheelbase has increased by 20mm.

This gives it a roomier, more comfortable interior, with additional cargo and occupant space compared with the previous Escape. The second row of seats can be moved forwards or backwards to juggle between legroom and boot space.

Despite this increase in size new Escape has a significant weight reduction of up to 90kg, as well as ten per cent increase in torsional rigidity. 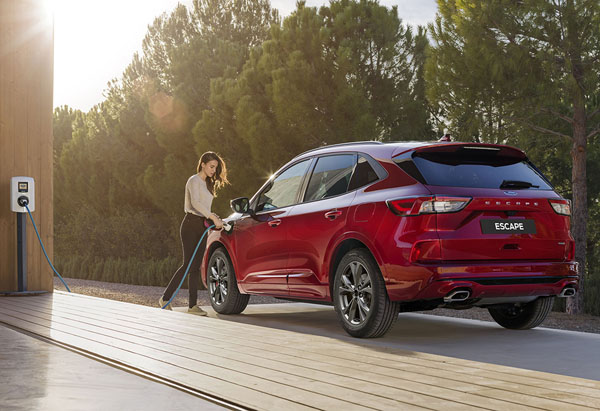 Most Escapes use a 2.0-litre EcoBoost (183kW/387Nm) engine with an eight-speed automatic.

Escape PHEV (Plug-in Hybrid Electric Vehicle) uses a 2.5-litre Atkinson cycle in its petrol unit. It has 14.4kWh lithium-ion battery to produce at total of 167kW. Ford’s first PHEV in Australia will deliver a fully-electric driving range in excess of 50 kilometres.

Escape ST-Line
The Escape ST-Line has a sport-focussed package. It has specific 18-inch alloys, its own upper grille design in the sports front and rear bumpers, sports side skirts and lowered sports suspension, the ST-Line also expresses its sports focus with a larger rear spoiler. 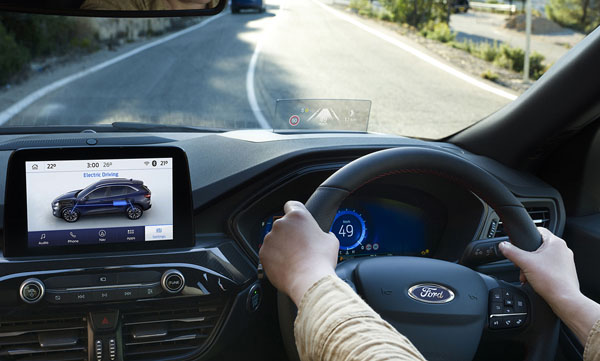 We will bring further information on the upcoming Ford Escape range as it’s released by Ford Australia. Then publish our opinions once we get behind the wheels of a vehicle or two.