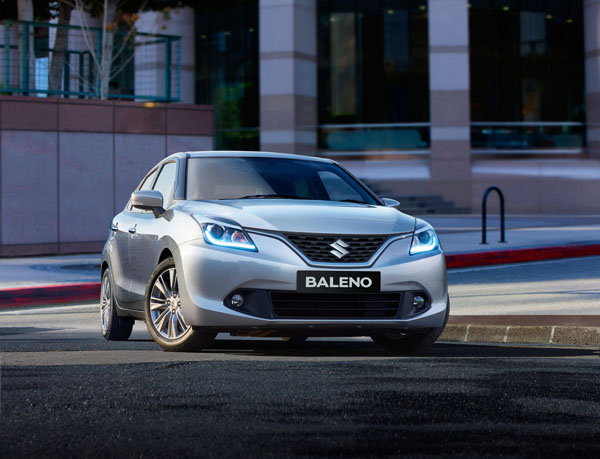 Suzuki Baleno is a small hatchback that was originally on sale in Australia between 1995 and 2001. After skipping a couple of generations it returned here in July 2016 where it made an immediate instant impression on the judges of the 2016 Australia’s Best Cars awards beating a large field of more established cars to take out the Best Light Car category.

Styling of the Baleno takes a number of cues from its smaller sibling, the very popular Swift, although it does have a sleeker profile than its sensible stablemate.

All the above are driveaway prices.

DRIVETRAINS
Baleno GL and Swift share engines and transmissions but Baleno does have one point of distinction in that its GLX variant is powered by a modern three-cylinder 1.0-litre turbo-petrol engine of the type that is popular in European cars. GL has the choice of five-speed manual or four-speed automatic; GLX is six-speed auto only. 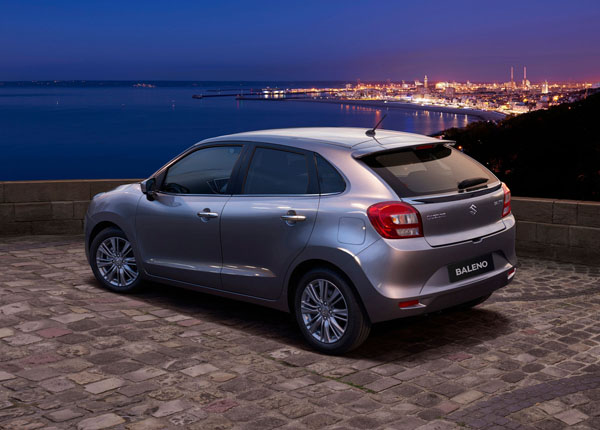 INTERIOR
Baleno’s designers have ensured that maximum use is made of its larger external dimensions and it really does feel like a larger vehicle inside. By reducing door liner intrusion into the front seats they’ve been able to increase front seat shoulder room and there’s enough rear knee and legroom to allow two adults to travel in relative comfort.

Boot space is an impressive decent 355 litres which can be expanded to 756 litres with the rear seatbacks folded and even more through removable side trims that increase the lateral dimensions, no doubt with golfers in mind.

Baleno GL’s steering wheel can only be adjusted for height, GLX also gets reach adjustment.

INFOTAINMENT
Display is through 7.0-inch colour touchscreen located in the middle of the dashboard and split into four components that can be set to each driver’s preference with a choice of six different set-ups.

Our only problem with the touchscreen was that the audio volume control is a vertical touch slider located on the left of the screen that needs to be tapped continuously and so causes far too much driver inattention. Fortunately there is a steering wheel volume control.

Bluetooth pairing is simple and intuitive and we were tuned in within a minute. There are smartphone interfaces with ApplePlay and MirrorLink, the latter an independent, non-proprietary system that caters for Android phones.

As is the growing trend there’s no CD player.

Satellite navigation is standard on both Baleno variants. 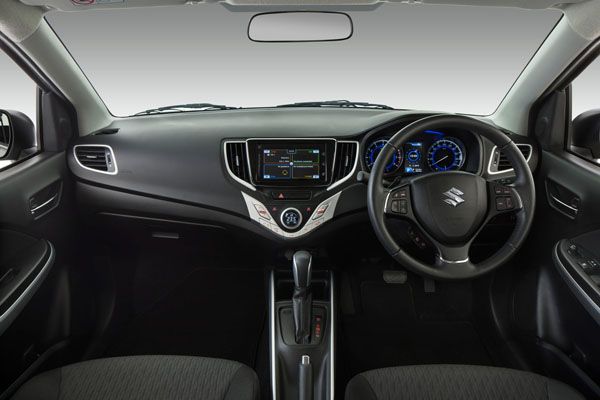 The latest Baleno has a new, lighter and stronger platform that makes use of a number of extra-high-tensile materials adding structural rigidity and therefore occupant safety.

DRIVING
Our test car was the 1.0-litre BoosterJet auto. We’d like to have seen a manual version but commercial reality ensured that it wouldn’t be viable in auto-centric Australia.

There is some turbo lag at low revs but once past that the little Suzuki is a delightful little car to drive, almost living up to its engine’s name.

Around town its small dimensions made it easy to slip through traffic and to park while it cruised comfortably on the motorway segment of our test. Its light weight (975 kg) and strong platform provides an excellent power-to-weight ratio for ride and handling that’s right up with the best in the segment.

Fuel consumption during our week in the Baleno averaged out at 5.9 litres per 100 kilometres, not that far above the listed 5.2 L/100km.

SUMMING UP
While the keener driver will be attracted to the extra zip of the turbo Baleno the sub-$17k price of the entry level manual GL makes it an ideal first car for a young driver. Indeed it was this variant that took out the aforementioned Australia’s Best Car award.