2017 HOLDEN TAKES US TO THE FUTURE OF SUVS 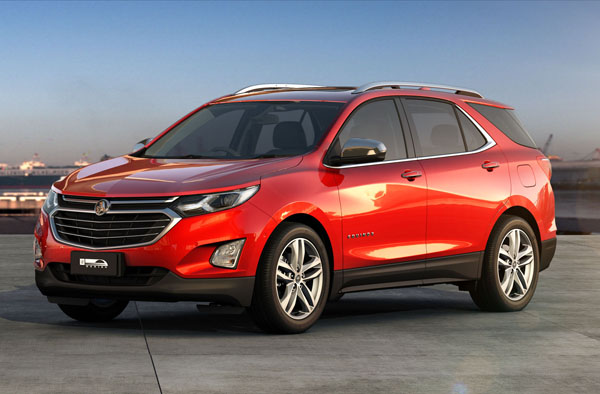 There’s no secret that Australians steadily lost interest in large family sedans and station wagons over the past five to ten years. To the extent that slow sales meant the closing of the Ford Australia factory and the impending shutdown of GM-Holden and Toyota factories over the next few months.

Buyers deserting traditional family sixes in favour of various types of SUVs meant that Holden began to look closely at various alternatives. Everything from small front-drive tall hatches to full on 4WDs.

We’ve just spent a delightful day in the secret confines of GM-Holden’s development centre and proving ground at Lang Lang a couple of hours south east of Melbourne.

There we looked at the future of Holden SUVs downunder.

Holden Equinox
Equinox is the replacement for the ageing Holden Captiva. It’s an all-new vehicle developed by Chevrolet, with input from Australian engineers going back almost to day one of the clean-sheet stage five years ago.

We had a comprehensive drive (though obviously not on public roads) of what Holden calls a ‘captured test fleet’ (CTF) Equinox. It has been built on the assembly line and was an almost 100 per cent accurate depiction of the finished product

The 2.0-litre Equinox has a sophisticated nine-speed automatic transmission (pretty much as in the NG Commodores arriving next year). This is the vehicle we tested and we came away impressed by the low turbo lag, smoothness and the seemingly endless array of gear ratios.

If you haven’t been keeping in touch with car engineering over the last few years don’t be put off by these small engine capacities. High-tech turbocharging and modern electronics mean they put out very impressive power and torque figures. These days it’s common to see midsize Audi, BMW and Mercs running small four-cylinder turbo engines.

Both front and on-demand all-wheel drive (AWD) powertrains will be available on the Equinox.

Australian suspension and steering tuning has been extensive and on our short road test routes on sealed and dirt surfaces certainly felt just the way Aussies like it.

Steering is electrically assisted and Aussie-spec Equinox will have torque vectoring (by brake) to improve handling.

Amongst many other local features, electric upper and lower grille shutters improve aero efficiency, whilst opening to provide maximum cooling in the heat of the Aussie outback in summer.

Braked towing capacity is 2000 kg for the 2.0-litre petrol. Holden hasn’t given us figures of the other powerplants at this stage.

Australian Equinoxes will be built in Mexico.

Pricing is yet to be finalised, but Holden is suggesting it’s likely to be in the $29,990 to $49,990 range. On sale dates are also to be made public, but expect it to be within a few weeks of the factory closure in October.

Holden Acadia
Next on our test drive program was the Holden Acadia. A large seven-seat SUV that’s not quite a 4×4 in the true sense, but a pretty tough machine designed very much for the hard-nosed American buyer. The name Acadia comes from a large, mountainous national park in Maine.

Like the Equinox the Acadia was designed in the USA with considerable input from Australian engineers, particularly in the steering and suspension fronts. 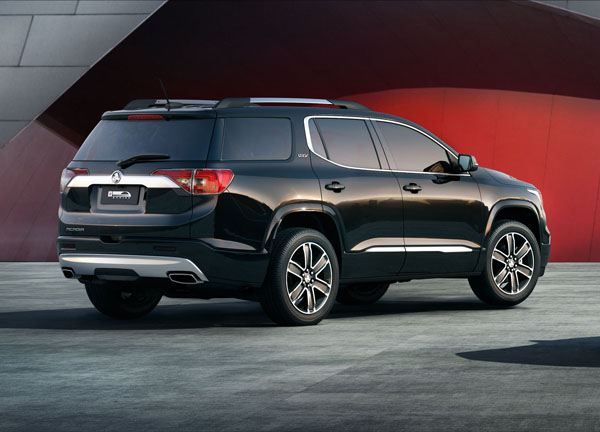 We know the details of the powertrain, but Holden has asked us not to publish them at this times. Suffice to say it’s a large cruising family wagon that feels smooth and sophisticated on the roads we sampled.

It will have a 2000 kg towing rating in Australia and the use of trailer sway control means it will be simple for inexperienced drivers to manage. 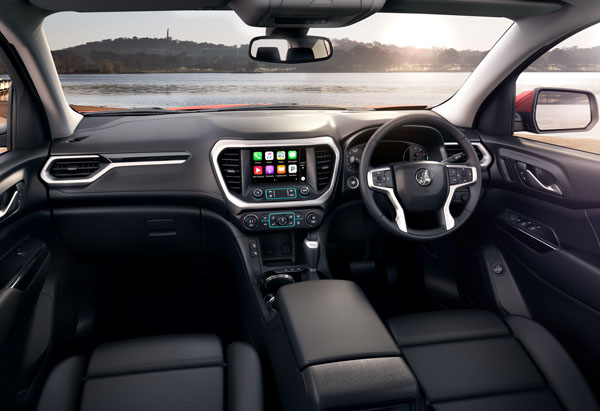 Holden Acadia is probably not due here till mid 2018, again we have incomplete details on the specifications and pricing is a long way off being set.

Unlike the Mexican Equinox, the Acadia will be made in the USA.