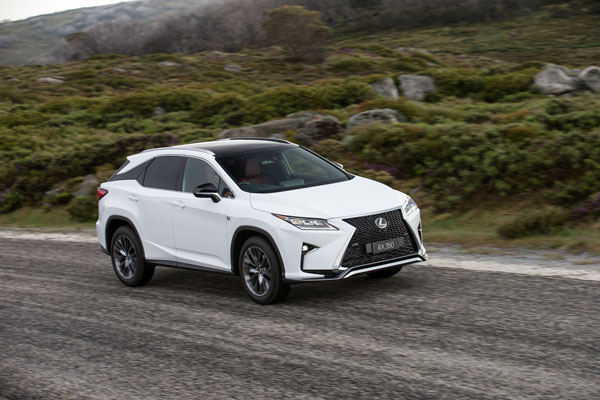 In the Lexus naming system the letter ‘X’ stands for cross country. Not cross country as we understand it in Australia which means off-road work, but cross country in European speak; a vehicle suited to long distance on-road running. Grand touring with a little less emphasis on speed.

Lexus RX is the midsize model in the range, sitting between the NX which is an on-road wagon and the LX which is a big beast, basically a Toyota LandCruiser with body mods and heaps more luxury bits.

The fourth generation of the RX was launched in Australia just in time for Christmas last year, is virtually all-new, and we understand quite a few lucky owners got theirs as a gift. Lucky so and so’s!

Australian imports come in a staggering range of models, with a turbo-petrol four-cylinder engine, a naturally aspirated petrol V6 and petrol-electric hybrids. Our week’s test was in the model shaping up to be the biggest seller, the RX 350. 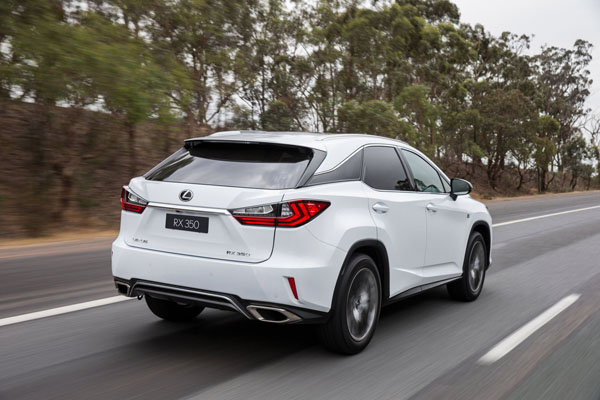 STYLING
Big grilles are all the rage at present, so Lexus decided has decided to have the biggest of them all. Because there’s simply no more space at the front of the latest Lexus into which to expand a larger grille. Can’t say I like the shape of the front, but I’ve spoken to several who say it really appeals. As always, beauty is in the eye of the beholder.

In any case, I like the rest of the shape of the RX. The rear takes its cue from the front grille’s shape with a profile is angular, yet sleek and does tie in with the two ends of the car neatly.

I also appreciate the fact that Lexus is keen to get away from its previously conservative image.

INFOTAINMENT
Human Machine Interface ensures operation and display zones are kept separate for easy access while on the move. We would prefer less driver distraction as its operation can be fiddly at times. As always, we delighted in the 15-speaker Mark Levinson premium audio system. 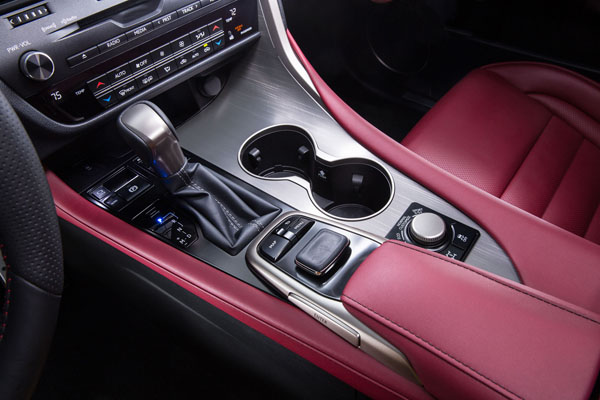 ENGINES / TRANSMISSIONS
The entry-level RX 200t has a 2.0-litre turbo-petrol engine mated to a six-speed automatic. It drives only through the front wheels to keep down the weight and price.

Topping the engine lineup is the V6 3.5-litre in the RX 450h hybrid. It’s the quickest of the range, with the big-torque assistance provided by the electric motor getting it to 100 km/h in a very sporting 7.7 seconds.

Should things still go seriously wrong, 10 airbags, including a pair for the front occupants’ knees.

DRIVING
Up to five occupants can be seated in a cabin that provides comfort and calm, as only Lexus can do. The longer wheelbase in this new-generation RX adds legroom in the back and there’s stretch out room for four adults.

Quality materials and craftsmanship are everywhere and the feeling of sitting in the lap of luxury is most pleasant.

The new Lexus RX 350 has Adaptive Variable Suspension (AVS) which improves the ride by controlling all four dampers according to road conditions and the manner in which the vehicle is being driven.

Drive Mode Select can be used to put the AVS system into Sport S+ mode for a sportier drive.

Lexus appears to be avoiding a direct sports SUV challenge with the big-three Germans. The handling of the RX 350 is certainly competent, but even in S+ mode it doesn’t give the involvement and driving feel of Audi, BMW and Mercedes. But feel the Lexus’ serenity…

VERDICT
Out-there styling disguises the fact that the Lexus RX 350 provides exceptional calmness and pleasantness in the way it transports four adults on long country drives in the Australian countryside. It really does set the standards for its class in this important aspect of luxury transpiration.