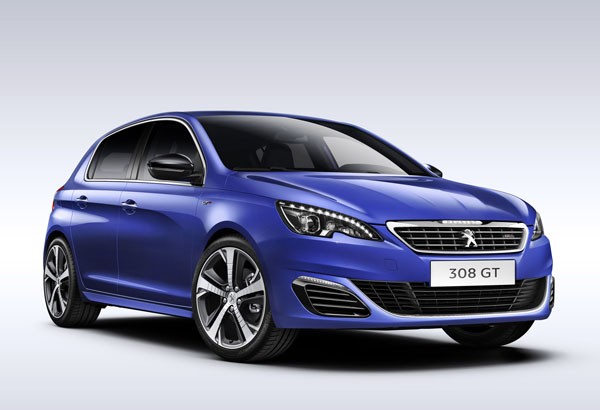 Let’s be honest for a moment – the old Peugeot 308 was a dud. It wasn’t a bad car, but it wasn’t a good one either, a real “that’ll do” car. Peugeot sold enough of them when the delusions of grandeur stopped and the pricing got sensible, but it was never cool.

The company knew it, too – there wasn’t a performance version, despite rumours to the contrary, and it probably didn’t deserve one. The new 308 has changed all that.

Out went the bitty interior, the indifferent dynamics and apologetic technology offerings. The all-new Peugeot 308 has gone gunning for Golf – and means it. The base cars have been getting rave reviews and now the GT is here, we can see whether or not the reinvention is complete.

VALUE
The 308 GT can be had with either petrol or diesel engines, the former with a six-speed manual, the latter with a self-shifter. The diesel is an intriguing proposition – VW tried the same thing with the GTD in Australia and it didn’t work out very well.

The GT diesel has no real direct competitor, but it’s worth pointing out you can have a Golf GTI for another $1500 – but you’ll need to tick a lot of boxes to match the Pug’s spec, driving a big price gap. 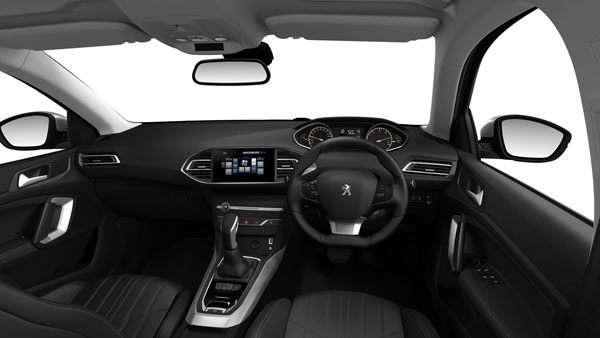 DESIGN
The 308 isn’t exactly a looker, its design language falling somewhere between Renault and VW. There’s a couple of awkward angles, but the 18-inch alloys fill the arches nicely and the very subtle skirts-and-spoiler additions are good.

The LED headlights look great at night and the scrolling indicator lights are a nice, sophisticated touch.

Once inside, you sit on an excellent pair of front seats, super-comfortable for most heights and widths. The small steering wheel, debuted on the Peugeot 208, is along for the ride too so you look over the wheel at the dashboard.

The wheel may intersect the lower sections of the dials for some drivers, depending on their seat / wheel preferences. The tacho is anti-clockwise and the speedo, reading to 250 km/h, is cramped. The LCD nestled between the dials sits slightly too low.

The materials and construction are way above the old car, and it’s in here where you can really see that Peugeot’s focus groups kept banging on about the Golf.

While it has typically unusual French design, it’s not overbearing. There are only a few buttons owing to the all-in-one-place touch screen. It’s super clean, roomy and full of places for your odds and ends, but there’s just a single drink holder up front.

INFOTAINMENT
The 9.7-inch touchscreen doesn’t just run the stereo and car functions, it runs everything but the hazard lights and demisters. Down either side of the screen are buttons that get you into the music, air-con, sat-nav, etc.

It’s so close to being really good, but there’s a couple of problems – the screen is a bit slow to respond and not having easy access to whatever it is you want to do means less time looking at the road and more time stabbing the screen. Having said that, it’s streets ahead of the 208’s terrible unit which is one of the most puzzling interfaces ever put to pixels.

The six-speaker stereo puts out good clear sound, has two USB inputs and will talk happily via Bluetooth as well.

ENGINE / TRANSMISSION
The diesel GT comes with a 133 kW 2.0-litre turbo, with a whopping 400 Nm of torque at 2000 rpm. It’s no fireball off the lights – 8.4s 0-100km/h – but in the gears it’ll monster V8s. Peugeot claims 4.0 litres per 100 km on the combined cycle and we can confidently tell you that this would be a miracle after getting 9.8L/100km in admittedly enthusiastic driving.

The Aisin-supplied six-speed automatic drives the front wheels and is impressively smooth in normal mode while shifting sharply in sport mode.

DRIVING
You will note that there is no I in team or, as in this case, GT. Almost everything about this car is nudging you, saying, “There’s more to come. Really, there is.”

The steering is light and communicative while switching to sport adds just the right amount of weight. The GT rides extremely well around the city and it’s an impressively quiet car. No bangs or thumps over the rough stuff, just quiet, composed and competent.

Get serious and again the car is teasing – the diesel edition is fast and quiet at the same time and can be hustled around the bends at pretty decent speeds. Really lean on it and the front wheels start to protest and eventually the front rubber begins to wash gently wide.

Stay within the envelope, keep it tidy and make sure you don’t put the foot down too early and you’ll have a blast. What the 308 GT does is let you know that there is a lot more to come from this chassis, that there’s no reason that the RCZ-R engine won’t end up in the nose of a GTi edition.

It also proves a point – Peugeot has rediscovered a ride and handling balance it hasn’t had since the much-lauded 306, a car that departed over ten years ago.

SUMMING UP 4.0/5
The 308 GT is a terrific car – solid, well-built, brisk and, above all, a gigantic improvement on the old one. When you go after the Golf, you have to have your act together and it certainly seems that Peugeot gave their engineers and designers a thorough talking-to before embarking on the new car.

Peugeot GT is really meant as a warm hatch, not a Golf GTI competitor. That might cause it a bit of grief as customers weight up their options, but if it’s spec, comfort and diesel performance/economy you’re looking for, the GT diesel is out on its own.