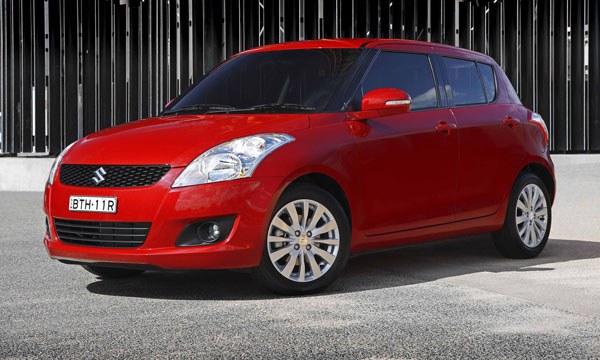 Suzuki Swift is a stylish Japanese small car that’s been popular in Australia since its re-introduction in February 2005. A major model change in June 2011 retained the same cheeky look as the 2005 model, but is a little larger, with a bit more space in the back seat. Obviously the Swift doesn’t have room space for four large adults in the cabin, being aimed a singles, couples and young families.

In this review we are looking at the post 2011 Swifts as the older ones are getting on in years.

Power in the 2011 comes from a twin-cam petrol engine with a capacity of 1.4 litres. Suzuki Swift Sport does have better engine and suspension performance than the standard Swifts. It has a larger engine, at 1.6 litres, to back up its firmer suspension, a good looking body kit and sportier interior design.

There were no imports of the Swift Sport from June 2011 until February 2012 when the new series was introduced, with a six-speed manual ‘box or a CVT auto, the latter has seven preset ratios so drivers can make their own choices.

June 2017 saw the introduction of a new Suzuki Swift. It retained the overall shape of previous models, though the changes to the C-Pillars saw two-part upper edges that include the door handles.

It sits on an all-new platform that’s stronger and more rigid than the one it replaced, yet is 30 kilograms lighter.
Though shorter and lower, the gen-three Suzuki Swift is significantly wider and sits on a longer wheelbase. This makes for added interior and boot space.
New ’17 Swift is pretty sophisticated for its class, carrying safety and technology features often only seen on larger, more expensive European cars.

There are two engines: a naturally-aspirated 1.2-litre four-cylinder that sits beside a five-speed manual or a CVT auto.

A 1.0-litre turbocharged triple features strong torque all the way from 1500 to 4000 revs. Thus it’s likely to be at maximum torque virtually all the time for most drivers. It’s mated to a conventional torque-convertor unit with six forward ratios.

There is a reasonable number of Suzuki dealers in Australia, though they tend to be concentrated in the metropolitan and major country cities.

We have heard of no real problems with spare parts supply and the prices aren’t too bad for a fully imported car.

There’s better than average underbonnet space for a car of this size so you can do your own basic servicing. Leave anything that could affect safety to the professional mechanics. Buy a workshop manual before starting work.

Insurance costs are towards the lower end of the scale and we don’t know of any companies that charge significantly more for the Sport versions.

WHAT TO LOOK FOR
Look for body damage and/or signs of it having been repaired. Wrinkles in panels and paint overspray are signals of a crash. Look over the car in strong light to best view this.

Be wary of a Swift that has been modified in as it may had a hammering by a crazy driver. Big, noisy exhausts are a reason for caution. 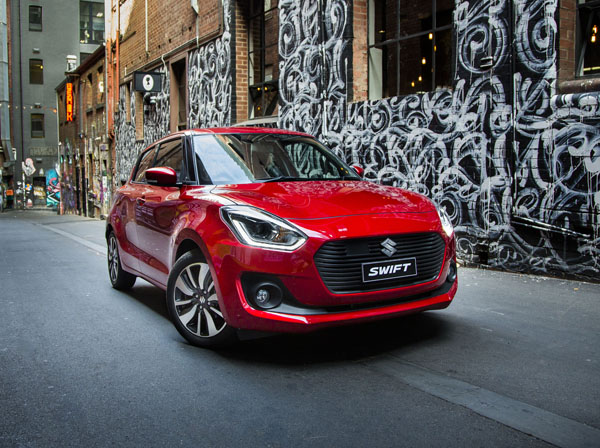 Check that the engine starts within a couple of seconds of the key being turned, even if it’s completely cold in the morning.

If the engine hesitates on acceleration or during hard cornering there may be some water in the fuel rails causing a misfire.

Manual gearchanges should be light, easy and quiet. If not there may be gearbox troubles, or it may be the clutch needs adjusting.

Make sure the sound system work correctly. If there’s no life from it there’s a good chance it has been stolen and the PIN security system has shut it down.

Fuel filler hoses and clamps were the subject of recalls in March and May 2012. Give a Suzuki dealer a call with the Swift’s VIN and they can advise if it has been modified.

CAR BUYING TIP
Small city cars that have been used extensively on country roads may have more wear and tear than larger cars.