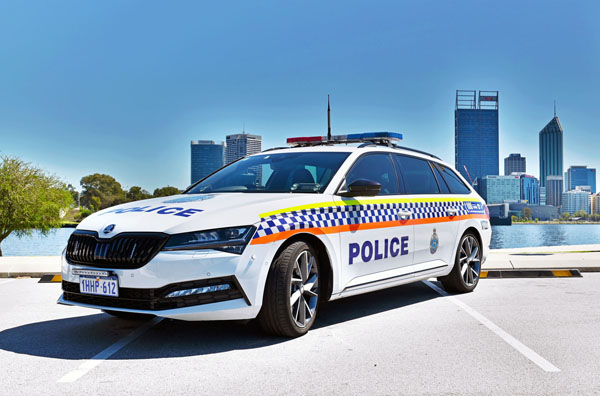 The Czech marque Skoda has secured its first large-scale order for police cars in
Australia, with a fleet of 55 turbocharged all-wheel-drive Skoda Superb wagons to join the
highway patrol.

The Skoda Superb to be used by highway patrol in Western Australia is the same as a
civilian car, but with one modification – an audio speaker in the cargo hold has been
removed to make way for a second battery. Police cars place enormous demands on
vehicle electrical systems and most run dual battery set-ups to be able to power
ancillaries.

A statement from Skoda Australia said Western Australia police have ordered 55
examples of the Superb wagon for highway patrol duties, with an order for a further 10
vehicles expected to follow.

The head of Skoda Australia, Michael Irmer, said it was an honour to help serve police
with a suitable vehicle.

“Skoda could hope for no more resounding endorsement of our [vehicle] than its selection
by WAPOL,” Mr Irmer said in a media statement.

“To be the car of choice for the officers who serve the great state of Western Australia is
an honour.”

Western Australia is the largest police jurisdiction in Australia, accounting for more than a
third of the mainland – or 2.5 million square kilometres.