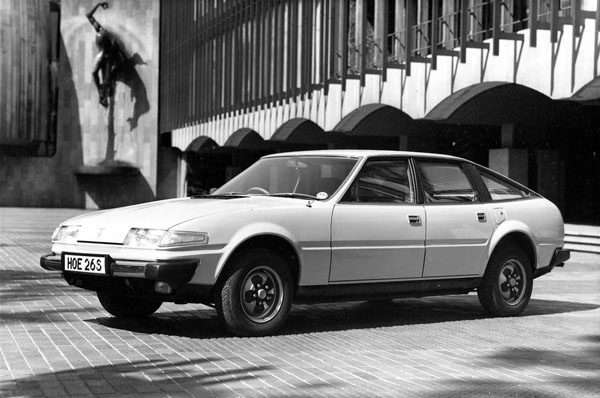 The Rover 2600 was marketed in two model forms. The base S was a 4+1 door saloon which also came as an up-market Vanden Plas version. Unlike the popular Rover 2000, which used a four-cylinder engine, both models used the same six-cylinder OHV engine first developed for the Rover 2300. However its capacity was increased from 2350 cc which developed 88kW to 2957cc increasing its power to 97 kW at 5000 rpm and a torque of 206 Nm at 3750 rpm driving the rear wheels.

The engine had a seven-bearing crankshaft and a viscous-coupling thermostatic fan. Automatic transmission with three forward ratios was standard on both models but a five-speed fully synchronized mechanical gearbox was available as an option.

The steering wheel column was adjustable and the rack and pinion steering required 2.7 turns from lock to lock. Braking was achieved by 258 mm disc brakes with front internal radial fins at the front and 230mm drums at the rear.

The swept back body had seating for five passengers. The two separate front seats had reclining back rests and adjustable head rests. Electric windows were fitted as was a laminated windscreen and heated rear window. All glass was tinted. At the front were four halogen headlights. Fog lights were standard on the Vanden Plas but optional on the S model.

A maximum speed of 175 km/h was claimed for the 2600 and with its comfortable seating it proved an excellent touring car capable of covering 100 kilometres with only 10.6 litres of fuel consumed.