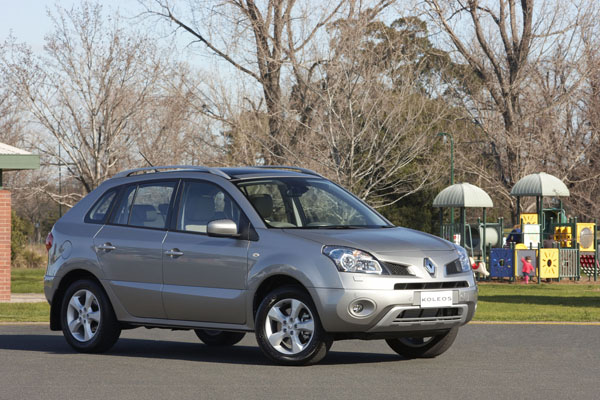 Renault Koleos is a crossover, both in the where it can be driven – as well as where it is built. It is a French design using a drivetrain sourced from Nissan in Japan and is built in South Korea at the Renault-Samsung manufacturing plant.

Launched in Australia in September 2008 it followed the increasingly common feature of being offered in 2WD (front wheels) or 4WD.

Koleos’ rear tailgate has a clever ‘clamshell’ design allowing many options for access and load-carrying. You can fold the front passenger seat back to permit loads up to 2.6 metres to be carried. The bottom section of the tailgate
can hold up to 200 kg and is often used for people to perch on to watch sporting fixtures under the cover of the upper part of the ‘gate.

There’s sufficient leg, knee and headroom for three adults to travel in the back without too much squeezing, but two and a child makes more sense. With two rear passengers the central armrest can be folded down to provide two inbuilt drink containers.

The cabin is well insulated from road and mechanical noise (especially impressive in the diesel) is heavily muffled. In the the French manner the suspension copes with every possible road surface with aplomb and confidence.

Renault was a modern day pioneer in crash safety and from the start the Koleos had a five-star Euro NCAP crash test result, using dual front, dual side and curtain airbags amongst many other features do to so.

Again, showing the multiple nationality of the Koleos is the fact that the petrol engine is a Nissan unit, while the diesel engine is a French design. The diesel was never particularly popular but is a decent performer with strong torque.

The transmissions have Hill Assist Start, and Hill Descent controls. The Koleos has good ground clearance and the approach and departure angles aren’t too bad. But keep in mind this is a crossover, not an all-terrain off-road beast.

In December 2011 Koleos Phase II arrived. Visually, the front end was beefed up, with a larger, chromed grille and slimmer headlights. The turn indicators were moved to the door mirrors. The rear was pretty much left alone.

Renault is under strong management in Australia these days and is expanding sales, particularly in the light commercial fields. Koleos sort-of piggybacks on this.

There is a reasonably number of local dealers, obviously with a concentration in metro areas, but there are some in major country centres as well. We haven’t heard of any major complaints about parts availability and prices are generally on par for this class. 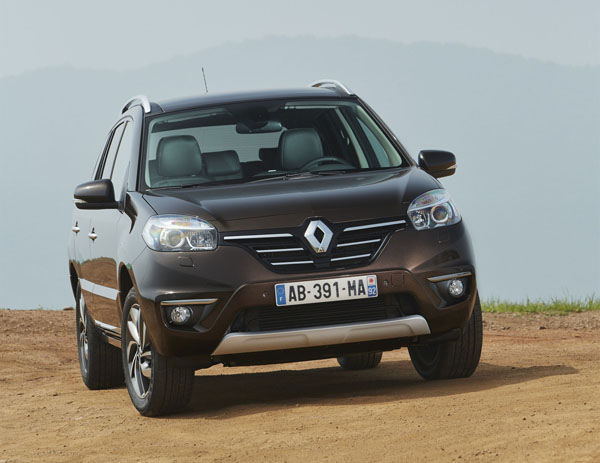 Minor servicing can be done by good amateur mechanics, but is probably best left to leave it all to professionals. Charges are pretty favourable for this class as Renault has trimmed them several times in recent years.

Insurance is about average in cost for this type of vehicle, but there is greater than average variations in premiums. Shop around, but make sure to do accurate comparisons.

Renault Koleos was replaced by a virtually all-new model in September 2016, it’s too soon to comment on it as a used car. However, its second-generation design is more French than its predecessor. It continues to share its platform with the Nissan X-Trail. As the original model had never gained the sales anticipated prices were trimmed on the new one.

CAR BUYING TIP
It’s smart to check if there if a specialist in any vehicle operettas in your local area as part of your initial pre-purchase investigation.