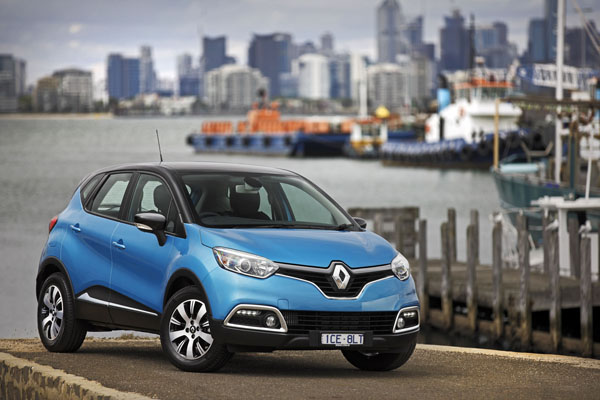 Fascinating changes are taking place in the Australian car market and the subject of this week’s road test, the all-new Renault Captur is in the vanguard of rapidly evolving buyer movements.

People are moving away from cars to station wagons, except that wagons are often considered to boring, so they’re being disguised as SUVs. But most of them don’t have 4WD so probably shouldn’t be called SUVs.

Interestingly, the new station wagons are appealing to two apparently contradictory buying groups; the youngsters and the oldies. Particularly in their styling.

The youngsters like bold shapes – and here’s where it gets very interesting – so do many of the over-60s. Keep in mind that us older folk grew up in the sex, drugs and rock’n’roll era. Bright colours, crazy hairdos, complete changes in morals, big new music and much more. 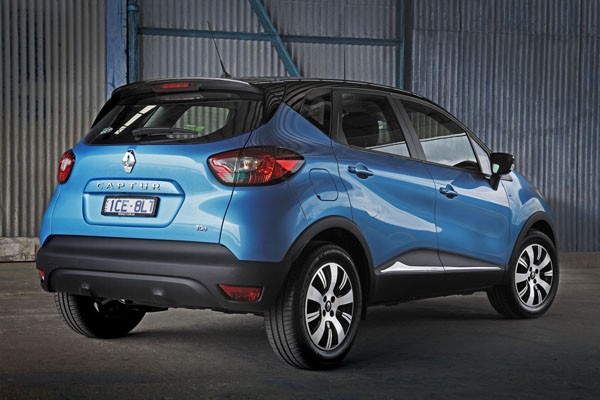 STYLING
My philosophising on the changing worlds of cars was brought about by the bold lines and the electric-blue and glossy black paint job on the Renault Captur sitting outside my office window. Captur was shaped by master car stylish Laurens van den Acker, and I’ve fallen in love with the quirky, interesting lines both inside and out.

Bright body colours are only part of the styling story. Captur owners can personalise the vehicle in many ways.

The outside lower areas of the doors are done in a separate shape to the upper parts to add to your colour personalisation choices.

You can choose from different colours inside, not only for the main surfaces, but also for the detailed trim on the dash and doors. The seats already have a good touch of style and you can zip off the old covers and add new ones – great fun! Perhaps relatively conservative for daytime and wild ones for nights and weekends.

The personalisation programme is built around three colours: Corsica, Riviera and Manhattan. Jump onto the Captur website for further information, then call into your Renault dealer to have a look at what’s on display.

INFOTAINMENT
Captur has a double multimedia system, with a 7-inch tablet-type screen accessing satellite navigation, radio, phone and networking for apps grouped in the one place.

The Captur TCe 90 has a five-speed manual gearbox, the TCe 120 drives through a six-speed double-clutch automatic. Incidentally, the 90 and 120 are the engines outputs in horsepower, those crazy French may have invented the metric system, but use imperial measurements for power.

DRIVING
Renault Captur, and others in this rapidly expanding crossover class, really appeal to inner-city dwellers because their compact size make driving and parking easy.

While compact on the outside, Captur has space for four adults without those in front having to make any real sacrifices in the way of legroom. The rear seat slides back and forwards to let you juggle between passenger and luggage space. Headroom is plentiful for all but the tallest of basketball players. Seat comfort is good in the traditional French manner.

Another appealing factor to the older generation is that the seats are at a good height for easy entry and egress. Backs and knees really like this…

The luggage area is tall and voluminous. The floor of the boot is reversible to give you either conventional carpet or a wash down surface if you need to carry wet items. The boot floor can be set to give maximum height, or raised by about 150 mm to provide a hidden area underneath it.

An amazingly useful feature is that the boot floor can be set at a forty-five degree angle that gives support to those grocery bags that just love to fall over and spread their contents far and wide.

Around town the Captur is quiet, comfortable and enjoyable to drive. On motorways it moves along in a relaxed easygoing manner. However, it doesn’t like Australian country roads that have seen better days and moves about more on its suspension than we like. Make sure to try this for yourself if you are planning weekend outings.

We’ve tested both engines and manual and automatic transmissions for a week each. We really liked the manual with the small engine, it has spirited performance and the turbo’s characteristics mean you don’t have to change gears too often.

We actually preferred the small-engine manual to the auto with the bigger engine, the TCe 120 four-cylinder somehow lacks the three-cylinder verve of the smaller.

SUMMING UP
Fashion and function together in one vehicle – now that’s unusual. Quirky styling that can be complemented by personalisation are the big features of Renault Captur. It’s also immensely practical and well-priced.