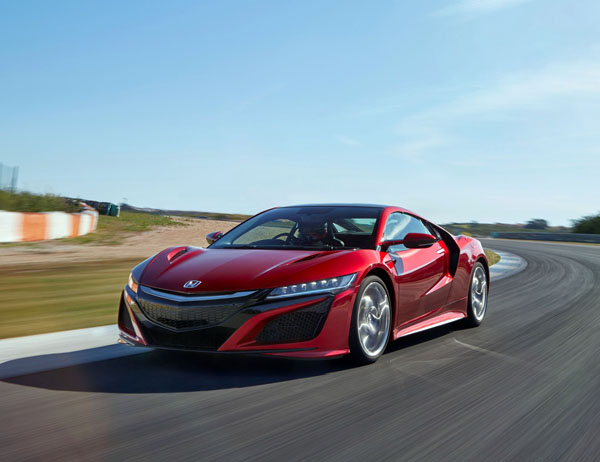 Honda’s NSX supercar has been a long time coming, and it’s not quite here yet. On July 8 a pre-production NSX went on display at Melbourne dealership, Yarra Honda and is about to head off on a tour downunder.

Honda Australia last sold the NSX in Australia between 1991 and 2002. That ultra-long production run resulted in an odd result. At the 2001 Tokyo Motor Show I saw the NSX in two different halls; the first was of display of the NSX’s umpteenth update in the new-car display hall. The second was in the historical pavilion where the NSX was being shown as one of Japan’s most important automotive developments.

Powering the NSX is a 3.5-litre twin-turbo petrol V6 that works in conjunction with what Honda calls a Direct Drive Motor and two parallel high-performance electric motors at the front wheels. The latter provides the instant torque that we love so much in pure-electric and hybrid-electric cars.

The longitudinal V6 engine is rear-mounted, the Direct Drive Motor (DRM) sits between it and a dual-clutch nine-speed gearbox developed specifically for the NSX. The DRM enhances performance during acceleration. The combined output of the twin power plants is estimated to be more than 425 kW and is sent to the rear wheels.

The front wheels of the NSX are powered independently by two parallel high-performance electric motors. Thus the Honda NSX has all-wheel drive. 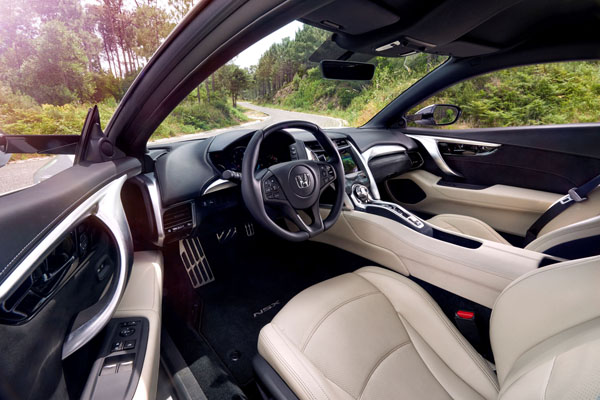 If I can reminisce again; the first time I saw an NSX it was as some sort of prototype hidden under a plastic cover in a dark corner of the Tochigi technical centre – 30 years ago in 1986.

Very much a two-seater, Honda NSX is is built from a multi-material spaceframe, featuring extensive use of aluminium. Inside is a luxurious leather and alcantara interior, with sports seats and driver-oriented cockpit controls that are designed to minimise driver inattention.

The initial styling design for the all-new NSX was conducted at the company’s Wako design studio in Japan and was evolved for production by Honda’s Acura Design Studio in Los Angeles.

All Honda NSXs will be made in the United States at the Honda Performance Manufacturing Centre (PMC) in Marysville, Ohio. Between six and eight are produced each week.

Honda Australia director, Stephen Collins, said the NSX supercar would play an important role as a halo car for the brand.

“We expect the NSX to be a very exclusive car and as a technology and design statement, it represents the pinnacle of Honda automotive expertise,”

After leaving Yarra Honda in Melbourne, this pre-production NSX hybrid supercar will travel to the other four Honda dealers initially authorised to sell it: Scotts Honda (NSW), Austral Honda (QLD), Nordic Honda (SA) and finally Burswood Honda (WA). Some of these dealers say they have advanced orders for the car, but Honda Australia isn’t giving away any details.

Also being held close to the chest are potential racing plans for the NSX in Australia. It conforms with the GT3 racecar regulations so is a possible contender for the annual Bathurst 12-hour race. Given Honda’s longtime F1 racing career, which admittedly isn’t exactly sparkling these days, it sure would be nice to see an NSX or two thundering down Conrod Straight next February.

What we are being told at this stage is that the Honda NSX hybrid supercar goes on sale in Australia late in 2016 – with pricing and specifications being made averrable prior to its launch. Stay tuned.