Porsche has presented the 911 Targa 4S Heritage Design Edition, a state-of-the-art 911 with design elements from the 1950s and early 60s. Historical exterior and interior design elements have been re-interpreted and combined with the latest technology. Only 992 will be built, matching the internal model series code.

Along with the introduction of the special edition, selected interior elements will be available as part of the Heritage Design package for all current 911 models.

“With the Heritage Design models, we are evoking memories of the 50s, 60s, 70s and 80s in customers and fans alike,” said Oliver Blume, Chairman of the Executive Board of Porsche AG.

Exclusive paintwork in Cherry Metallic or the four other exterior colours that are available, combined with gold logos, create an authentic look in true 50s style.

Another highlight is the Porsche Heritage badge on the engine lid grille in the rear. It’s reminiscent of the one that was awarded back in the days when a Porsche 356 reached the 100,000 kilometre mark. 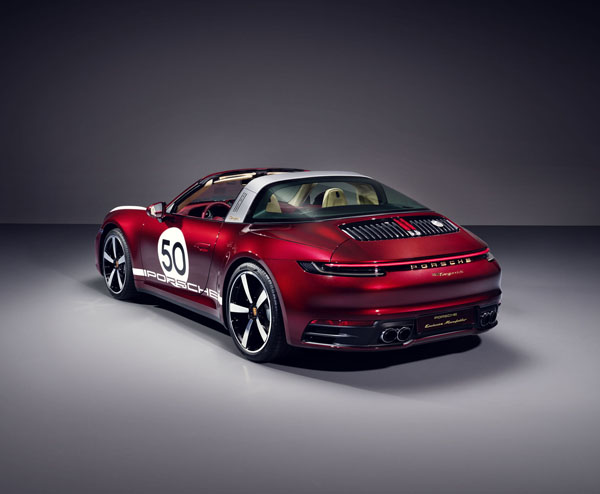 There’s a 1963 Porsche Crest on the bonnet, steering wheel, wheel centres and vehicle key. The historical motif is also embossed on the head restraints and key pouch.

Corduroy trim on the seats and doors signals the return of a material used in the Porsche 356, reviving the zeitgeist and fashion of the 50s.

A metal badge on the trim panel of the dashboard visualises the individual limited edition number.

This Heritage Design model is based on the 911 Targa of the 992 generation and is powered by a 331 kW / 450 horsepower biturbo boxer engine. With Launch Control switched on it goes from zero to 100 km/h in less than 3.6 seconds on its way to a top speed of 304 km/h. 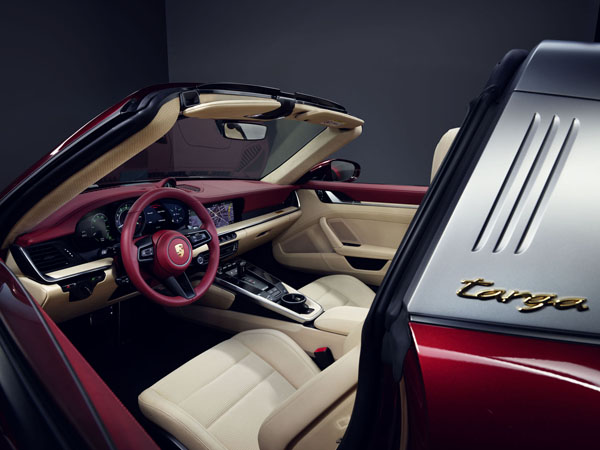 The 911 Targa 4S Heritage Design Edition is available to order now and will arrive in Australia from October 2020.

Pricing starts from $395,300. Australian driveaway pricing is available via the Porsche Car Configurator at Porsche.com.au/.