POLO GTI IS A GENUINE HOT-HATCH

The good sports of Volkswagen – the Golf and Polo – once again have made up a potential winning team with the new Polo GTI hanging on the tail of the Golf GTI, winner of the 2015 North American car of the year award.

Now Golf’s smaller brother, the Polo GTI is primed to show what it can do with its recent launch Down Under. Volkswagen Group Australia (VGA) took the compact hot-hatch to the top of the mountain – the Blue Mountains, to be precise – to let the media try it out.

The latest Polo GTI is powered by a new 1.8-litre TSI four-cylinder turbo-petrol engine, a smaller brother of the 2.0-litre version in the Golf GTI, mated with either a six-speed manual gearbox or seven-speed DSG automatic transmission. 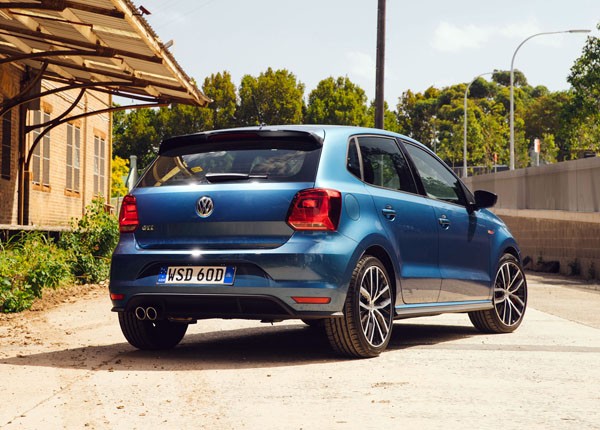 Both comply with Euro 5 exhaust emission standards, with official fuel consumption at 5.7 litres/100km and 132g/km carbon dioxide emissions with the DSG, and 6.1 litres, 142g/km, with the manual variant.

The 70 fewer Newton metres on tap with the DSG amounted to little shortfall in performance with the DSG able to scuttle past slower traffic in mountain climbs on the launch drive.

One incline did give cause for concern when, stopped at traffic lights, the Polo rolled backward on releasing the foot brake before the DSG engaged. 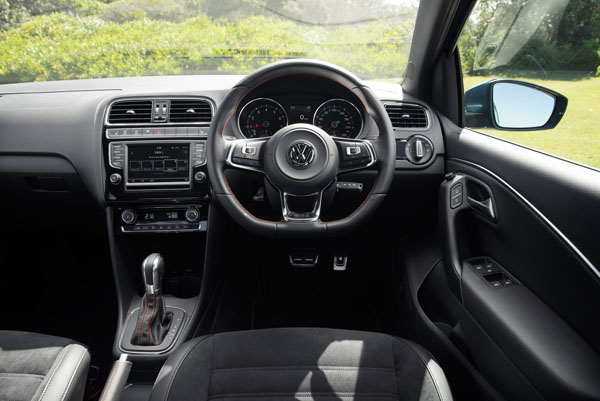 As befitting its sporting character, the latest Polo GTI rides on a chassis that is 10 mm lower at the front and 15 mm lower at the rear compared with the run-of-the-mill Polo models, allowing engineers to reduce body roll to a minimum, and improve the hot little hatches’ car’s agility.

The car rolls on 17-inch Parabolica alloy wheels highlighted by the red calipers on the fade-resistant brakes. This Polo GTI has ‘GTI’ badging and exclusive side sills, while the rear of the vehicle maintains a functional, yet sporting appearance, with a spoiler and diffuser.

‘GTI’ stamps its mark on the cabin interior with the exclusive tartan upholstery of the seating, a standard feature since the first Golf GTI nearly forty years ago. Sports seats in front are snug and super supportive – maybe a little too much wider than average people.

The five-door hatchback’s rear seat is split 60-40 and the backrests can be folded down to expand load capacity of 204 litres to 882 litres.

Depending on the version, infotainment systems offer Bluetooth audio streaming, with a smartphone including cover display and touchscreen control; a proximity sensor that provides added options when a hand approaches the screen; and two-finger smartphone-style map zooming in navigation mode.

Precise steering comes from an electromechanical system, a first for the Polo GTI. The suspension smooths out all but the ugliest road surface blemishes.

Also part of the ESP is an extended electronic differential lock. The system increases agility by means of brake intervention on the inside wheels on both axles when cornering. There’s no doubt of its effectiveness on tricky bends.

The safety highlight of the new Polo GTI is the standard multi-collision braking system, which after a collision, automatically brakes the vehicle to avoid secondary collisions, or reduce their severity should they be inevitable. The system can be overridden by the driver at any time by accelerating, or by hard braking with greater deceleration than the system.

The driver can also take advantage of an assistance pack, for $1700, which adds Discover Media audio and navigation system, a rear-view camera, front and rear parking distance sensors and a driver fatigue detection system.