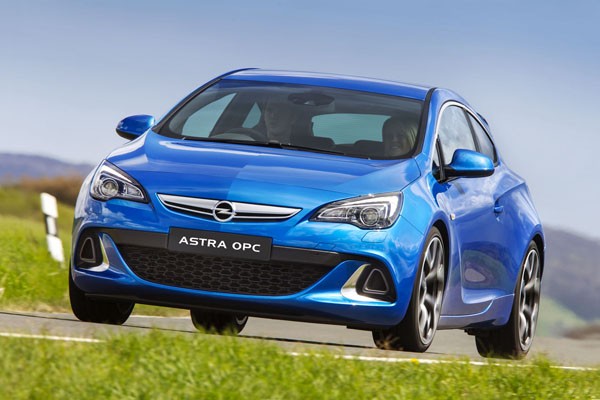 Star performer: Opel Astra OPC states its sporty intention from the out

The Astra was a star in the House of Holden for years, starting in 1984 with the Australian-made five-door model also sold, with some changes, as the Nissan Pulsar.

In 1996 this first Astra was replaced by an Opel-based model from the German division of General Motors that, as the Holden Astra sold here in large numbers until it was replaced in 2009 by the Daewoo-based but later locally-built Holden Cruze.

Now the German automobile maker is running its own race in the Australian market. Opel has reclaimed the name, with the latest Astra being launched downunder in a number of petrol and diesel-powered variants. 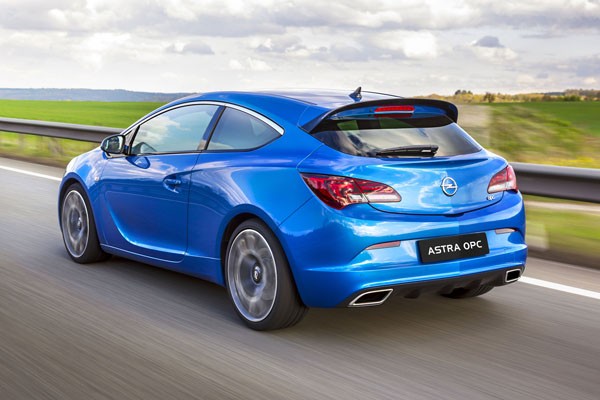 Topping off the range is the Astra OPC 2.0-litre turbocharged three-door hatchback. The hero car, based on the Opel Astra 1.6-litre GTC turbo, ploughs a new sports furrow for the European-sourced hatch.

A shopping list of chassis modifications is designed to cater for the significant boost in performance of the hot engine, which produces 206 kW of power and 400 Nm of torque.

With the legendary Nurburgring 20.8-kilometre Nordschleife race circuit – the Green Hell – running past the front door of the Opel Performance Center is it any wonder OPC tagged sports cars can be relied on to dish up a wild ride? The Astra is no exception with 10,000 kilometres under race conditions on the track, equal to around 180,000 road kilometres, under its tyres.

Under hard acceleration, the Astra OPC sets off to the exhaust accompaniment of a pack of barking dogs out for the kill. A target of travelling at 100 km/h is reached in just six seconds.

Thanks to the removal of one of the GTC’s three silencers, there’s a great burble at idle, all emanating from twin parallelogram shaped tailpipes integrated into the rear bumper.

Clever technology has cut fuel consumption by 14 per cent over the previous model, down to a combined urban / highway cycle 8.1 litres per 100km, and has reduced emissions to 189 grams per kilometre.

However, we used 13.7 litres per 100 kilometres with the test car running around town and 6.9 litres on a motorway trip.

To provide a level of racy ride and handling rarely found in a road-going vehicles, engineers have worked their magic, the Astra OPC coming under the ‘spell’ of Opel’s HiPerStrut (high performance strut) system to improve steering feel and help reduce torque steer and FlexRide adaptive damping system.

The latter offers a choice of three chassis settings which can be selected by the driver at the push of dash-mounted buttons. ‘Standard’ delivers all-round performance for a range of road conditions, while ‘Sport’ stiffens the dampers for reduced roll and tighter body control.

This ‘all-singing-and-dancing’ system cheekily announces itself to the driver by switching the instrument backlighting from white to red.

Motorsport was never far from the mind of Astra OPC engineers who developed a race-bred limited-slip differential to optimise traction under acceleration through bends or over changing cambers and surfaces.

Even with the boosted LSD workings, retuned traction control and electronic stability control, wheel spin was not entirely eliminated with the test car in the wet. Good fun if you’re paying attention, potentially dangerous if you’re not…

While the OPC owes much of its exterior styling to the GTC, visual characteristics have been taken to the extreme, with specially sculpted front and rear bumper, side skirts, aerodynamic roof spoiler and twin bumper-integrated tailpipes.

Wheels are 19-inch alloys with 245/40 ZR tyres standard fitment. Twenty-inch versions are available as an option.

Inside the cabin is a cross between a smart city hatch and a track-day toy. Focus is a flat-bottom steering wheel, its diameter reduced from 370 mm to 360 mm compared with other Astras, making the steering feel even more precise and direct. A stubby sports stick adds to the effect, while alloy-plated pedals incorporate rubber studs for greater shoe grip.

There’s no excuse for the driver not to get comfortable, with a quality Nappa leather seat having a manually extendable leading-edge cushion and electric lumbar/side-bolster adjustment providing 18 different seat settings to choose from.

Mounted 30 mm lower than in the standard Astra Hatch, both front seats are aimed at giving occupants closer sensory connection with the car’s chassis. With average build occupants up front, rear legroom is adequate; headroom not so accommodating.

Our advice on the Opel Astra OPC is simple – sit down, strap in and enjoy the ride. We certainly did.